MLB DFS Picks and Analysis 8/13: The Grind Down

The MLB DFS picks, MLB DFS cheat sheet, and MLB DFS projections for DraftKings & FanDuel in the RotoGrinders MLB Grind Down will give you an in-depth analysis of the upcoming MLB schedule for Thursday, August 13 . This article will break down the numbers for every single game and give you analysis on how you can build stacks in the RotoGrinders MLB optimizer – LineupHQ. While matchups are a major factor in daily fantasy baseball, there are plenty of other factors to consider such as injuries, weather, projected ownership, rankings, and salaries.

The analysis should point you in the right direction, but it is still up to you to decipher the information and make your own selections. No sport has more variance than baseball. The best choice is not always the right choice but following the trends will win you money over time.

BLUE – One of the top stacks of the slate.
GREEN – A full stack is viable in GPPs.
YELLOW – Not the best stack, but hitters are in play.
ORANGE – Tread lightly, but potentially target a hitter or two.
RED – Fade this offense in all formats.

PlateIQ Rating is a matchup score. 50 is average. See what’s baked in with PlateIQ Premium.

See More Stats Made Simple for WAS vs. NYM : Try PlateIQ Premium

Happy Thursday! We’ve got just 6 games on the schedule for today, with the main slates on DraftKings and FanDuel both starting at 4:05 ET. The Mets and Nationals will play the earliest game of the day at Citi Field. Austin Voth has an 18.9% strikeout rate through his first couple of starts, and he’s thrown 70 and 73 pitches in those outings. Voth has shown a hint of strikeout upside in the past, but in reality he’s likely just slightly above-average in that regard.

Neither starting pitcher is in a good spot in this game. The Mets’ projected lineup has a 20.8% strikeout rate against right-handed pitching dating back to 2019 with an ISO over .200. New York (4.69) also has a higher implied run total than Washington (4.31). I prefer David Peterson to Voth if you have to play a pitcher in this game, but both of these guys would be pretty unappealing on a bigger slate.

PlateIQ Rating is a matchup score. 50 is average. See what’s baked in with PlateIQ Premium.

See More Stats Made Simple for WAS vs. NYM : Try PlateIQ Premium

David Peterson is one of the Mets’ better prospects, and he’s gotten off to a decent start in his first stint in the majors. The lefty has a 20.6% K-rate next to a 4.47 wOBA and a ground ball rate north of 47%. Peterson was a pretty extreme ground ball guy in the minors with decent strikeout stuff, as well. It may help Peterson to have the platoon advantage against Juan Soto, but he’s also likely facing 7 righties today in the Nats’ lineup. Washington has been an even worse matchup for strikeouts (16.5%) than New York, but the lineup doesn’t have quite as much power 1-through-9. I also just think Peterson is more talented than Voth, which has me thinking it’s worth it to just take the discount you can get on the Mets’ lefty instead.

Again, it’s far from an ideal matchup, but I think Peterson is a little bit better than Voth here.

Quick Breakdown: Peterson is my preferred pitcher in this game, but that’s not meant to be a ringing endorsement. 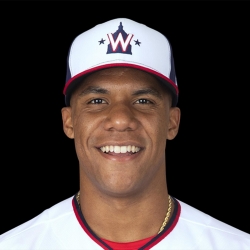 Break down every WAS vs. NYM hitter in seconds: Try PlateIQ Premium

We don’t have a huge sample of Peterson’s work in the majors, but so far he has yielded a .336 wOBA to right-handed bats. Young lefties tend to have wide platoon splits, so it wouldn’t be a huge surprise if he struggled to get righties out early in his career. I still think Juan Soto is a fantastic play from the left side, but the vast majority of the appeal comes from the RHBs. Trea Turner, Howie Kendrick, Starlin Castro, and Kurt Suzuki have all fared well against lefties in the past. Victor Robles (if he’s in the lineup), Josh Harrison, and Michael A. Taylor are come cheap right-handed bats to consider, as well. 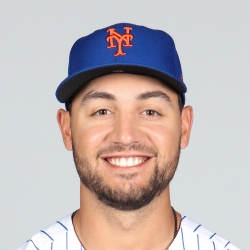 Break down every WAS vs. NYM hitter in seconds: Try PlateIQ Premium

The splits for Austin Voth aren’t as pronounced as Peterson’s, but he’s still more vulnerable against opposite-handed hitters. The Mets can throw a bunch of lefties his way, and they’re pretty easy to stack up. Brandon Nimmo, Jeff McNeil, Dominic Smith, and Michael Conforto jump out right away, while Andres Gimenez has been quietly playing quite well of late. Luis Guillorme and Billy Hamilton are cheap lefty bats if they crack the lineup, too. You can play Pete Alonso against anyone given the power upside. I prefer a Mets stack to a Nationals stack, but it’s close.

Statcast Data referenced above per baseballsavant.com 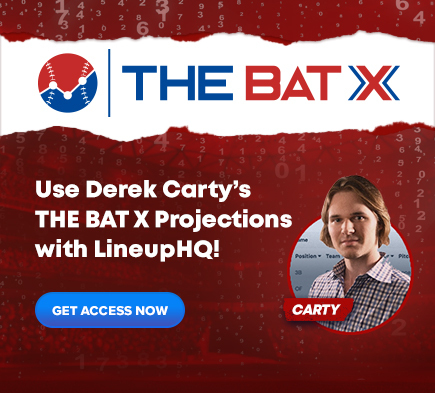