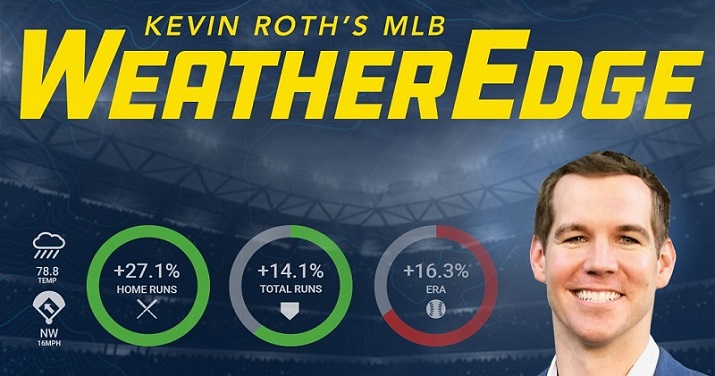 This game is a part of the FanDuel early slate, but it’s only available as a showdown slate on DraftKings. Zach Eflin is rarely on my radar, but things change when guys get to take the mound in Miami. Eflin has an 18.8% strikeout rate with a 6.7% walk rate on the year. His 4.57 ERA and 4.84 SIERA are both mediocre, but he gets the golden matchup against the Marlins on the road. Miami’s projected lineup has a massive 25.8% strikeout rate against right-handed pitching this season, and they just lost one of their few good hitters (Brian Anderson) to an injury last night. He hasn’t thrown more than 73 pitches in a game in a month, but I’d still have plenty of interest in Eflin at that cheap price point on the FD early slate given the lack of quality pitching options.

Quick Breakdown: Eflin is a strong point-per-dollar play on the FanDuel early slate.

Jordan Yamamoto has a 25.2% strikeout rate through his first 12 big league starts. The walk rate of 9.9% is obviously concerning, and he’s also allowed hard hits at a 47.3% clip. Yamamoto has obvious strikeout upside, and he’s facing a Phillies lineup that’ll be missing Bryce Harper again tonight. The projected lineup has a 21.4% strikeout rate vs. righties this season, but the bottom-half of the order in particular (Miller, Kingery, Haseley, pitcher’s spot) looks like a prime spot for Yamamoto to start racking up the Ks. The Phillies still have more power than the Marlins, but Yamamoto is cheap on FanDuel and his strikeout stuff is way better than Eflin’s. While I’d probably still side with the savings of Eflin, you can easily make the argument for Yamamoto’s higher upside in tournaments.

Quick Breakdown: Yamamoto is an excellent tournament option in this spot.

While Yamamoto can miss some bats, he’s also not that great a pitcher at this point in his career. He has allowed more fly balls than ground balls to this point, and hard-hit fly balls have a way of flying over the fence. Rhys Hoskins and J.T. Realmuto are clearly the best options from the Philly side, while Jean Segura and Corey Dickerson are also viable. Things get a bit uglier from there, but Brad Miller and Scott Kingery quietly have ISOs north of .200 against RHPs on the year. Both make for quality GPP darts, especially as a part of your Phillies stacks.

The Marlins have a 4.41 implied run total, which is high for them, especially since they’re at home. Lefties have always given Eflin issues, and he’s yielded a .368 wOBA to LHBs so far this season. Isan Diaz grades out as a phenomenal value here, especially if they put him back in the No. 2 spot in the lineup. Neil Walker is fine, but hardly exciting. Eflin has had more success against righties (.305 wOBA allowed), but Starlin Castro, Jon Berti, Jorge Alfaro and Garrett Cooper are all affordable. Diaz is clearly the prime target here.