NFL DFS Picks and Analysis - Week 11: The Grind Down - Broncos vs. Dolphins 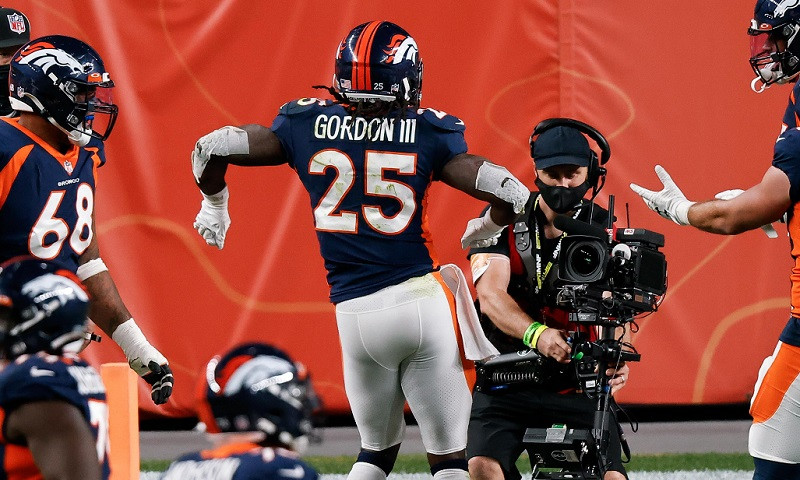 Melvin Gordon continues to lead the Denver backfield in something of a 60/40% type split with Phillip Lindsay, and this limits the fantasy appeal of both backs. Gordon rushed 11 times for 46 yards in last week’s game against the Raiders, but he offers next to nothing in the passing game when Lindsay is active. Lindsay didn’t fare any better last week, handling the ball just four times for two scrimmage yards. The Broncos rank in the bottom third of the league in most rush offense metrics, and they have just seven rushing touchdowns as a team all season.

The matchup is a reasonable one, as Miami has been vulnerable on the ground this year. It also stands to reason that Denver might look to run the ball and control the clock in this game given all the injuries they have in the passing game. That provides a path to some viability for Melvin Gordon, but it’s not like he is a player you need to jam into your lineups. Give him a look as a deep GPP gamble, at best.

It seems like almost everyone in the Denver passing game is listed as questionable this week. Drew Lock, Jerry Jeudy, and Noah Fant are all banged up. If any of that group happens to miss this game, it could spell disaster against a much improved Miami team — one that has its eyes set on a playoff spot.

This could very well be a spot to avoid, particularly if Lock is limited in any fashion. Lock is by no means a great NFL quarterback, but we know that Jeff Driskel and Brett Rypien are not the answers at the position. The Broncos are three point home underdogs here, and they have an implied team total of just 21 points. This game projects to be one of the lower scoring games of the week.

If Jeudy plays, we can continue to bank on him getting a large target share — but he has caught less than half of the targets that have come his way this season. Tim Patrick, DaeSean Hamilton, and K.J. Hamler would all stand to get extra looks if Jeudy and/or Noah Fant happen to sit. Miami has a middle of the pack pass defense, but it’s simply hard to see a lot of upside in anyone on this Denver offense right now. They’re likely not winning you any GPPs. Lock simply isn’t accurate enough and doesn’t have the ceiling to carry this team to a GPP-winning type of day. 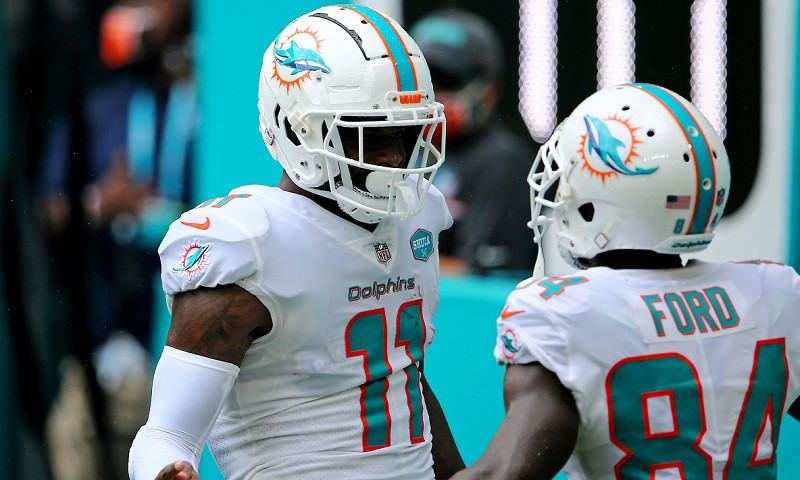 Miami’s rushing attack had been a revolving door of options throughout the year, but Salvon Ahmed seems to be taking a liking to the #1 RB role. Matt Breida is likely going to return this week, but we have to presume that Ahmed will be given the first crack at carries moving forward. Jordan Howard has been released, so we at least have more clarity here. Ahmed rushed for 85 yards on 21 carries with a touchdown last week against the Chargers, and he also ran 15 pass routes. That’s a promising sign moving forward. Expect Ahmed to potentially get a 70-75% snap share even with Breida back in the mix.

I’m not convinced that Ahmed is a difference-making NFL running back, but he isn’t priced through the roof, and the volume has value. He certainly can’t be worse than the likes of… say David Montgomery, right? Denver has had some gaps in their rush defense, as they have allowed almost 130 yards per game on the ground this year. Ahmed projects as one of the best value RB options of the week at $4,800 on DK, $5,600 on FD, and $17 on Yahoo.

Much of the football world found Miami’s decision to bench Ryan Fitzpatrick a curious one, as the Dolphins weren’t playing that poorly heading into their bye. Nonetheless, they went to Tua Tagovailoa — and they have won three straight games since their bye week. It’s definitely a feel good story, but let’s take a deeper look at Tua’s numbers so far.

Frankly, his numbers aren’t good. Sure, he has limited mistakes and helped his team win games, but that basically fits the definition of a game manager. When was the last time we were excited about putting a game manager into our DFS lineups? The Dolphins are relying on their defense and running game, and it’s working. They are not going to change that in what projects as a low scoring, defensive, field position battle.

As for the receivers, Tua has shown some affinity for DeVante Parker, who has seven targets in each of the last two games. Jakeem Grant has been more involved of late with Preston Williams injured and remains priced affordable on every DFS site, so he could be worth a look as a punt. That’s about as exciting as it gets with this passing game right now. The volume simply isn’t there to support any ancillary receivers or the tight ends being viable in DFS.

Frankly, we can probably pretend that this game doesn’t even exist and get away with it.