NFL DFS Picks and Analysis - Week 2: The Grind Down

NOTE: Games will be published as they are completed. Main slate writeups will be completed by Friday PM. 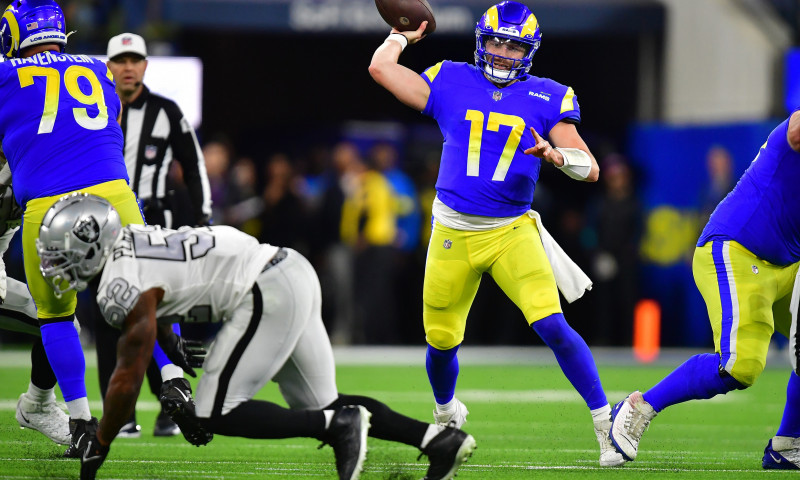 Before we get into the individual plays, let’s quickly take a look at the matchup against the Bengals. In 2019, Cincinnati was ranked 28th in DVOA against the run and 24th in defensive adjusted line yards. They only allowed one catch to the running backs for the Chargers in Week 1, but that likely had more to do with Tyrod Taylor than anything schematically on the Bengals’ side. Austin Ekeler and Joshua Kelly had 33 carries combined for 148 yards and a touchdown. We should view this as a positive matchup and likely a positive game script (6-point spread), but that might not matter if the Browns are missing four of their offensive lineman.

There are few things more frustrating in fantasy football than split backfields and the Browns have one with Nick Chubb and Kareem Hunt. In Week 1 against the Ravens, Hunt had more snaps (36 to 35), more touches (17 to 11), and more yards (81 to 66) than Chubb. However, the Browns were playing with a big deficit for most of the game and Chubb is expected to handle most of the early down work. As you can see above, we still have Chubb projected with 52% of the rush share against a very beatable Bengals defense. Both backs are viable if you are building multiple lineups, but Chubb is the preferred play on DraftKings where he’s only $200 more expensive than Hunt. Meanwhile, Hunt is awfully tough to pass up on FanDuel given his $4,000 discount on Chubb. For full week contests, you are better off avoiding this time-split altogether.

Baker Mayfield played well in his rookie season and once the Browns picked up some key pieces last offseason, many were ready to crown them as division favorites and Super Bowl contenders. The 2019 season clearly didn’t play out as they hoped. They finished 6-10 and fired head coach Freddie Kitchens. They brought in Kevin Stefanski, who was the offensive coordinator of the Vikings. I ultimately expect him to whip this offense into shape, but they struggled mightily in Week 1 against the Ravens. I am willing to give them the benefit of the doubt after a shortened training camp, no preseason, and one of the toughest possible matchups right out of the gate.

A matchup at home against the Bengals should have Mayfield licking his chops. They finished the 2019 season ranked 29th in DVOA against the run and 24th in adjusted sack rate. For his sake, let’s hope all of his offensive linemen are able to suit up. If that’s the case, he should have plenty of time in the pocket to find his receiver open downfield. Targeting quarterbacks is always a priority for me in showdown, especially if you are playing cash games or single-entry tournaments. He has the highest projection of any player in this game and firmly in the mix for captain consideration.

Jarvis Landry didn’t practice on Tuesday with a hip injury, but logged a limited practice on Wednesday. This puts him on track to play, but we should keep an eye on his status leading up to lock. Assuming he’s active, he should garner less ownership than Odell Beckham. For one, DFS players hate clicking on a player with a “Q” tag next to his name and two, Beckham always garners more ownership. The fact of the matter is that Landry was more productive in 2019 and is already off to a better start in 2020. He caught five of his six targets against the Ravens for 61 yards.

This isn’t to say I won’t have a plethora of Beckham lineups, as he tends to dominate easy matchups and by all indications, this is the healthiest he’s been since joining the Browns. The Bengals don’t offer much resistance in their secondary and we have both Beckham and Landry projected for at least a 22% target share. Rashard Higgins is listed as the WR3, but he only logged 16 snaps in Week 1 in a game where they were trailing the entire time. Khadarel Hodge logged 40 snaps and saw three targets. At a price of only $400 on DraftKings, he only needs one catch to pay off his salary. With David Njoku placed on injured reserve, Austin Hooper shouldn’t have much competition for targets at tight end. 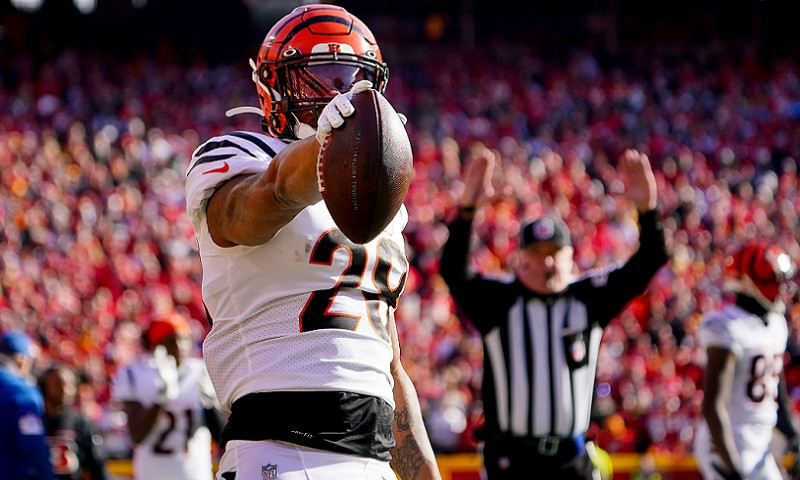 There aren’t any slate-changing injuries on the Bengals, but they will be short-handed defensively.

The best way to attack the Browns in 2019 was on the ground. They finished the season ranked 30th in DVOA against the run and 26th in defensive adjusted line yards. With two of their top linebackers out and Oliver Vernon listed as questionable, this is an enticing matchup for Joe Mixon and Giovani Bernard. While game script is a slight concern, both running backs are capable pass-catchers out of the backfield. Heading into the season, we were expecting Mixon to handle two-thirds of the work and he played exactly two-thirds of the snaps in Week 1. While he didn’t have a great game from a fantasy standpoint, it was a difficult matchup against the Chargers. If anything, we should be encouraged by his 20 touches.

Mixon currently rates out as our top point-per-dollar play from the Bengals on both DraftKings and FanDuel. He’s not heavily involved in the passing game, but should see all of the redzone work in a favorable matchup. He’s cheap enough to consider him a building block on both sites. Bernard is more of a DraftKings-specific option. The difference between the least and most expensive players on DraftKings is a lot higher than it is on FanDuel, which brings the super punts into play. Additionally, Bernard’s specialty is catching the ball out of the backfield. He only had one carry against the Chargers in Week 1, but caught four of his five targets for 21 yards.

Joe Burrow didn’t have the best NFL debut I’ve ever seen, but there were a lot of positives. He certainly needs more help from his offensive line, but he scrambled eight times for 46 yards and a touchdown against the Chargers. He missed some throws downfield, but will certainly improve in that area moving forward. Overall, I was encouraged by his Week 1 performance and expect him to be Cincinnati’s answer at quarterback for a long time. While he’s not as much of a priority as Baker Mayfield, the two quarterback approach in showdown is always viable.

There was a lot of chatter about A.J. Green being limited in his first game since 2018, but he played 45 snaps and led the team in targets (9), receptions (5), and receiving yards (51). We shouldn’t overreact to one week, but he was clearly Burrow’s go-to target against the Chargers. With cornerbacks Greedy Williams and Kevin Johnson out, the matchup for the Bengals’ receivers as a whole is solid. Add in what could be a favorable game script and it’s easy to see a route for one or two of them making the optimal lineup in showdown when all is said and done.

Tyler Boyd had a breakout season in 2019 and could fly under the radar after having a quiet Week 1. I will mention this quite often in my content this week — the fantasy community as a whole is going to overreact to everything they saw last week. Boyd is significantly cheaper than Green on both DraftKings and FanDuel. Burrow didn’t have enough time to find John Ross downfield in Week 1, but he led the receivers in snaps and is certainly capable of breaking a long one for a touchdown. He’s one of the strongest GPP targets of the slate. The Browns were lit up by Mark Andrews last week and allowed the 10th most fantasy points to tight ends last season. C.J. Uzomah isn’t a lineup starter, but is viable as the last piece of the puzzle.