NFL DFS Picks and Analysis - Week 3: The Grind Down - Browns vs. Steelers 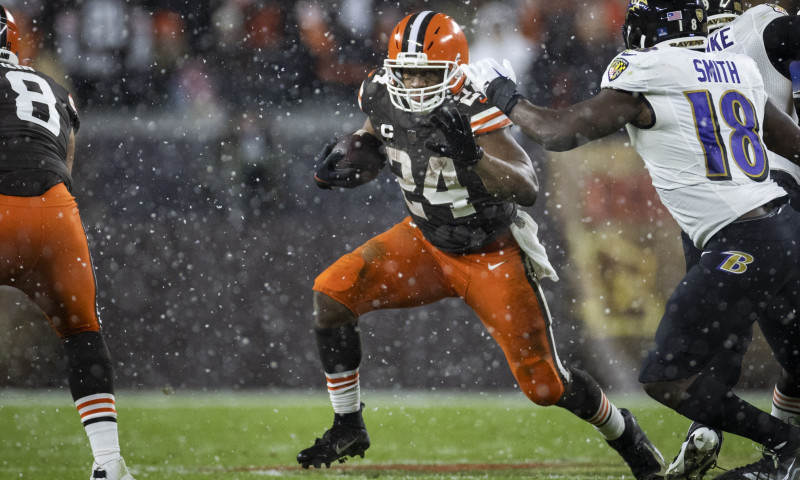 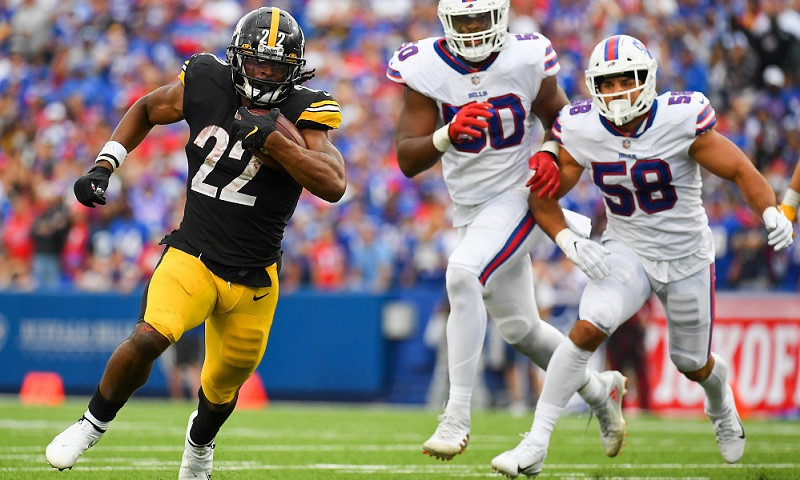 — After blowing one of the biggest late-game leads in NFL history (up 14 on the Jets with less than two minutes to play), the Browns will look to bounce back at home against the struggling Steelers. Jadeveon Clowney has been ruled out of this game, but Cleveland will have the services of Myles Garrett. This game currently features a spread of 4.5 points and a total of only 38 points, which is the lowest of any game on this week’s schedule. Given the fact that both offenses could struggle in this one, defenses and kickers have more fantasy appeal for this showdown slate.

— Jacoby Brissett hasn’t exactly lit the world on fire in his first two starts with the Browns, but he’s been a decent game manager for a run-first team. Quarterbacks are always viable in showdown slates, even this one. He currently has the highest projection of any player on the Browns. His upside is certainly capped given the lack of rushing upside, which makes him a better option at utility rather than captain. The Browns don’t use a lot of three receiver sets, which hurts the appeal of David Bell and Anthony Schwartz. There are essentially only three viable options in the passing game — Amari Cooper (28% target share), Donovan Peoples-Jones (21% target share), and David Njoku (11% target share). Cooper will draw the most attention after his big game against the Jets, but Njoku has seen two redzone targets already this season, including one in the endzone.

— Even though Nick Chubb doesn’t play as many snaps as the other elite running backs in the league, he is still getting workhorse like usage in this Brissett-led offense. Through the first two games of the season, he has averaged 21.5 opportunities which he has turned into 256 yards from scrimmage and three touchdowns. He has slate-breaking upside and deserves consideration at captain. He also correlates well with the Browns defense, who is facing a turnover-prone quarterback. Kareem Hunt is often thought of as a backup, but he gets as much work as many starters in the NFL. He has averaged 15 opportunities per game and is the best pass-catching back on the team. He correlates negatively with Chubb in the long run, but I don’t mind playing the two running backs together on this particular slate.

— Mitchell Trubisky led the team to a win in Week 1, but it had very little to do with his play. The defense created five turnovers and he did just enough to not let the Bengals come from behind and win the game. He looked lost in Week 2 against the Patriots and now has to go on the road and face a tough Browns defense. We haven’t seen his usual rushing upside as a member of the Steelers and many are already calling for him to be benched. He’s viable given the fact that this is showdown and they might be playing from behind, but we could see some big mistakes out of him in this matchup. Trubisky’s favorite target through the first two games has been Diontae Johnson, who has commanded 31% of the targets and 39% of the team’s air yards. He projects as the best wideout in this game, but he’s significantly more expensive than Chase Claypool and George Pickens. The Steelers continue to say they want to get Pickens more involved and he’s certainly been on the field a ton (78% snap share). Pat Freiermuth is very talented and is currently third among tight ends in targets per game (8.5). He’s a redzone threat and the Browns have given up decent fantasy outings to Tyler Conklin and Ian Smith in the first two games of the season.

— There were so many warning signs that Najee Harris and the Steelers could struggle to run the ball this season. For starters, they were expected to have one of the worst offensive lines in football. Through the first two games, they have lived up to the hype. They are a bottom 10 run-blocking unit and Harris has averaged less than three yards per carry thus far. It doesn’t help that he’s been dealing with a Lisfranc injury or that Trubisky doesn’t dump the ball off to him nearly as often as Ben Roethlisberger did last season. Clowney being out improves this week’s matchup for Harris a little, but there are more questions than answers with this running game. If Harris were to re-aggravate the injury, Jaylen Warren would step in and nearly be a full-time back. He deserves consideration in MME. 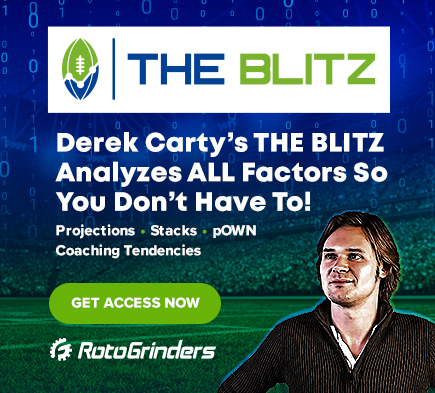