Betting Quick Take: Oh my. I’m not going to try to peg this game. Seriously, there’s no value in trying to peg whether or not the Dolphins will show up at this point, and there’s zero chance that I take a 19 point road favorite in an NFL game.

Injuries to Monitor: Albert Wilson is questionable for the Dolphins, though we can debate how impactful his absence is. Preston Williams would likely be the biggest beneficiary if Wilson sits. Starting right tackle Marcus Cannon is likely going to be out for the Patriots, and that’s quietly a tough blow for as long as he is sidelined. He’s a very good pass blocker, though his absence likely won’t be a hindrance in the Patriots’ ability to win this game.

Other News and Notes: Multiple reports came out of last week’s game that Dolphins players are contacting their agents and demanding to be traded. How motivated are they to take the field? Will we see someone retire in the middle of a game, Vontae Davis style?

Expected Game Pace and Tempo: The Patriots will likely play up tempo early, get out to a big lead, and then focus on the ground game. The Dolphins will have to play faster in an attempt to catch up. Expect this to average out to a typical NFL game on a snap count figure, as the slightly above average Vegas total would suggest. 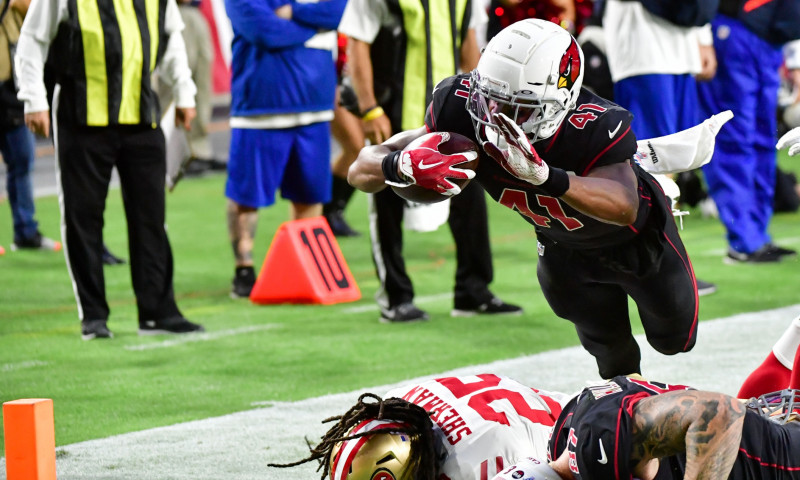 Rushing Opportunity Metrics of Note: The Dolphins are going to be way behind in this game, and there is a whole lot of red in the “home rush” metrics above. I really don’t see a single positive angle to take, with the Dolphins having a poor game flow profile and rankings in the bottom five in the league in most rushing metrics.

Rushing Efficiency Metrics of Note: Miami rushed for just 1.8 yards per carry in their opening game, and the Patriots allowed just 2.5 yards per carry.

Avoid. Do I need to say anything else? For the sake of discussion, I will.

1) The Dolphins are likely going to fall way behind in this game.
2) Their two running backs (Drake and Ballage) are splitting snaps, with neither player logging a 60% snap share in the opener.
3) The New England defense has been solid against opposing running backs over the last two years, allowing the 24th most fantasy points to the position.
4) Miami’s offensive line opened exactly zero holes against the Ravens.

There isn’t a scenario where this will be DFS relevant other than if the Dolphins somehow manage to keep the game close — and I don’t want to bank on that. Ownership is going to be super low here, but I can’t even portray a scenario where that gives us enough GPP leverage. Perhaps there would be some appeal if one of the two backs was taking over, but that is not the case. We have both Drake and Ballage projected at under 10 fantasy points, and that makes sense. Ballage is minimum salary on Yahoo, but I see no reason to test the waters.

Passing Game Opportunity Metrics of Note: Opportunity will certainly be there with the Dolphins playing from behind. Fitzpatrick attempted just 29 passes in the opener before giving way to Josh Rosen, but the Dolphins mailed it in with a 40 point deficit. Assuming this is a 2-3 score game, he could push for 40+ pass attempts.

The offense gets all the headlines for the Patriots, but this team has a pretty solid secondary group, as well. With Gilmore and McCourty leading the way, this unit could surprise in 2019. The defense could be all sorts of productive against an abysmal opponent, too. With Miami likely forced to the air early and often, that increases the opportunity for mistakes. Ryan Fitzpatrick might get there on a volume basis this week, but he’s going to have the shortest leash of any QB in the league this year, and he has no go-to wide receivers. DeVante Parker played the most snaps in the first game, but he has been inconsistent for his whole career. Preston Williams was a preseason sleeper but didn’t even play on half the snaps last week despite Albert Wilson getting injured. Allen Hurns and Jakeem Grant simply aren’t fantasy options. Mike Gesicki feels like a “too cute” play against a defense that is solid against tight ends.

If you have a strong lean toward playing someone here, more power to you. I don’t envision any receiver getting a large target share, and there is more risk than potential reward with targeting a team that’s a nearly 20 point underdog.

Team Quick Summary: There’s not much to love here outside of a wing-and-prayer WR dart throw or playing the New England defense. 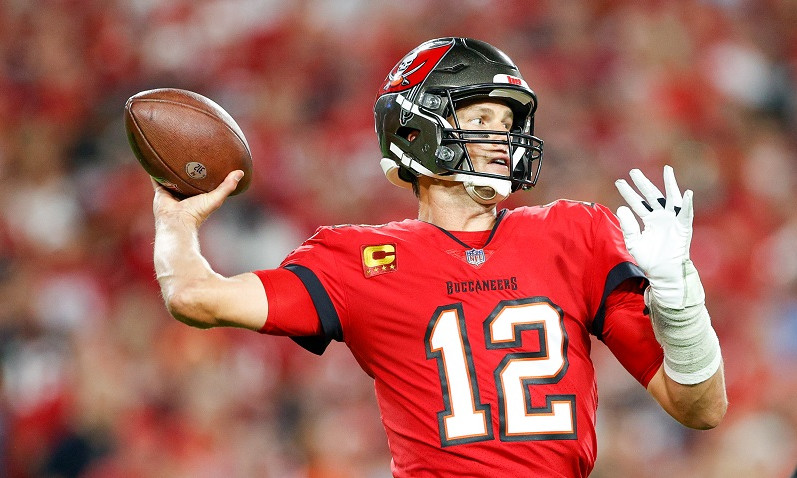 Rushing Opportunity Metrics of Note: The Dolphins are an abject disaster, and game flow should lead to tons of opportunity here. The Patriots are massive favorites, and the Dolphins have allowed the fifth most fantasy points to running backs since the start of 2018. Baltimore rushed for TWO HUNDRED AND SIXTY-FIVE yards against Miami in Week 1.

Rushing Efficiency Metrics of Note: Again, the opportunity should be there against Miami. The Dolphins allowed 5.8 YPC and two rushing touchdowns last week, and their defense projects as one of the worst in the league against the run. New England’s solid offensive group should lead to some long, bust-off runs .

Sony Michel couldn’t really get it going in the opener against the Steelers, rushing for a meager one yard per carry despite getting a healthy dose of looks. James White and Rex Burkhead were much more involved than you would expect for a blowout victory. A potentially similar game flow awaits this week, and this really profiles as a Michel game. If he can’t get it rolling this week, there are real issues to tackle here. I would expect him to get around 70% of the offensive carries in this game, especially if New England is able to race out to a lead and focus on the ground game. I really like the GPP pairing of combining Michel plus the Patriots defense this week. It would borderline shock me if Michel isn’t able to find the end zone, and he should be out to prove a point after struggling a week ago.

As for White and Burkhead, they are certainly capable backs, particularly in the passing game. Given how porous the Miami defense is, there’s certainly potential here. However, I expect the Patriots to tone down the passing volume this week and ride their running game to victory. For that reason, Michel is the preferred option.

Passing Game Opportunity Metrics of Note: Game flow is the biggest risk on the passing side. With New England favored by 19 points, they could take the air out of the ball early. Big play opportunity will exist against a defense that allowed bombs in bunches to a questionable “throwing” quarterback in Lamar Jackson last week. Imagine what Tom Brady could do… The only question is: how many times will have have to throw the ball?

Passing Game Efficiency Metrics of Note: The Patriots carved up the Steelers in the opener, leading to them having solid rankings across the board. In addition, Miami’s defense ranks last in the league in passing EPA, pass success rate allowed, and explosive pass percentage allowed. It should come effortlessly for Tom Brady against a woeful defense, as I just mentioned. Lamar Jackson posted 16.2 yards per attempt last week. Whew.

There’s not much to break down here other than questioning how often Brady will have to throw. Consider the ranks after just one game:

Yes, it’s a one week sample size, but this is a horrendous defense facing an all time great quarterback whose team has added Josh Gordon and Antonio Brown over the last few weeks. By all accounts, Brown is going to play here despite the allegations against him. I can’t prioritize any individual player in cash game formats because of the fact that New England might roll a very conservative game plan in this contest. I like stacking Brady + his receivers in GPP formats, though, especially since every skill player is likely going to be owned in the single digits.

Team Quick Summary: New England should be able to move the ball at will, with the biggest risk coming in the form of a blowout as opposed to any resistance from the Miami defense. I really like Sony Michel in GPPs in half point PPR formats, as the combination of game flow and talent should help him thrive, plus we should get low ownership after last week’s dud. Naturally, we can target the passing game as well, with Brady and any combination of Edelman / Gordon / Brown (if active) also in play.

Leverage Plays: Sony Michel, Tom Brady stacked in GPPs with any of his top three WRs