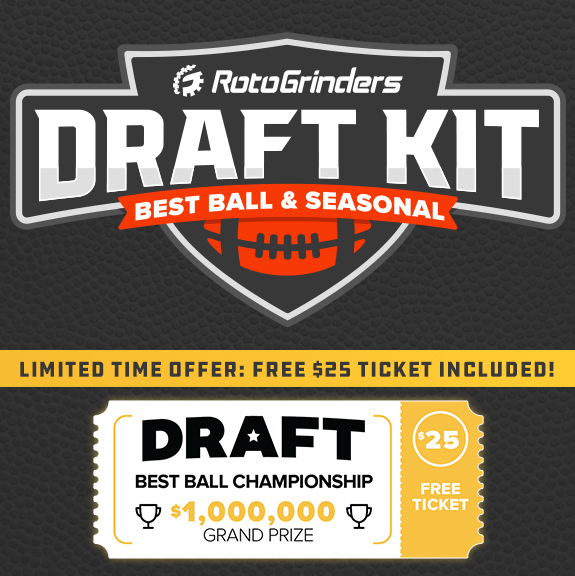 Get the following from our experts:


– Discussion involving Players, Strategies, News, and More in our Chat

LIMITED TIME OFFER: Purchase the Fantasy Football Draft Kit for $39.99 and get a $25 ticket to DRAFT’s $3.5M Best Ball Championship!

The Draft Kit will also have in-depth articles related to strategies as well as our favorite (and least favorite) players for this upcoming season.

Most importantly, all aspects of the draft kit will stay updated to reflect the latest injury and roster moves during OTA’s and into the preseason.

If you don’t see an answer for your particular question, then hop into our chat and discuss it with other experts and fantasy football fanatics. The bottom line is the RG Draft Kit will have you covered for your drafts this season.