The Impact of Game Script on Fantasy Production 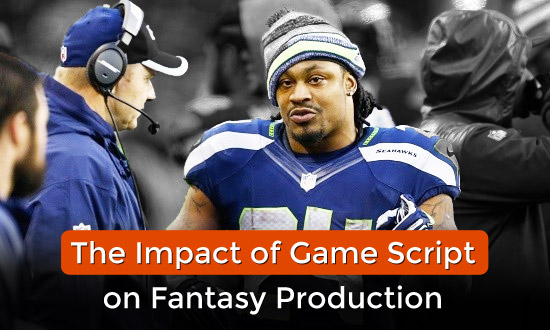 The Impact of Game Script on Fantasy Production goes in depth into why it is critical to consider game script when filling out your rosters and how the role of game script differs by position.

In this course you’ll learn:

The Impact of Game Script on Fantasy Production

One of the most well respected DFS analysts in the industry. Chris Raybon (@Chris Raybon) is the Senior DFS Editor for 4for4.com and the host of the DFS MVP Podcast. Nominated for the FWSA‘s Newcomer of the Year award in 2015, Raybon is known for his DFS Playbook positional strategy guides as well as his groundbreaking work on stacking with running backs in DFS tournaments. A Syracuse University alum who specialized in accounting, Raybon believes in the synergy of quantitative and qualitative analysis. He started playing fantasy as a kid in the mid-90s and has seen every single play of every single NFL game since 2010.