There are two main components to each Showdown slate analysis that you’ll find below:

Editor’s Note: Want to gain an edge? Be sure to use LineupHQ to build optimal lineups for the game!

To analyze this specific Showdown slate, we looked through thousands of NBA matchups from 2016-2019 and found the closest analogies to this matchup according to the following parameters: Betting spread, over/under, and average fantasy points for the top-ranked players on each team.

All the players aren’t perfect matches, but that’s why we use 25 similar matchups and not just the single most similar.

For each of the 25 games, we calculated every possible combination that fits with Showdown rules (one CPT, at least one player from each team) and would fall under the $50K salary threshold, assuming the salaries for the historical similar matchups are the same as those for this contest.

The most unique part of the format, and therefore the biggest opportunity for competitive advantage, is choosing your CPT.

We went through the millions of possible lineup combinations for the 25 most similar matchups and found who the CPT selections were on the top 5 scoring lineups for each matchup. Here are the 125 CPT from those matchups by position rank according to salary. 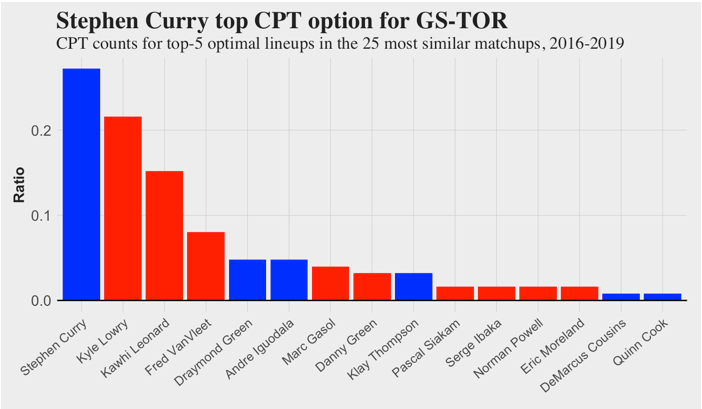 This graph illustrates the full range of allocations for the different positions to measure how many of the 125 optimal rosters had this player in an optimal lineup at the UTIL roster position. 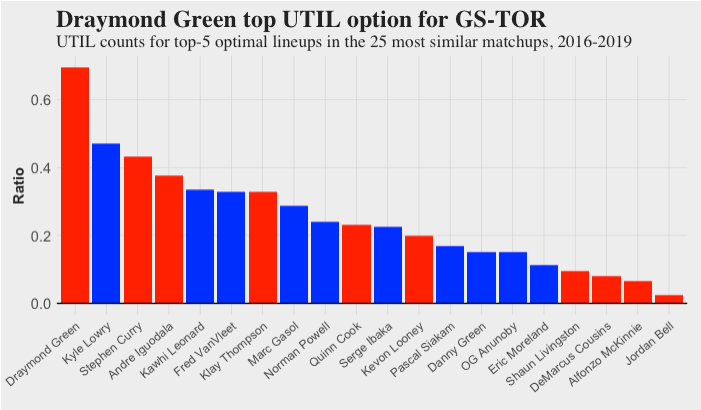 Here are how the team stacking compositions worked out for the 25 most similar matchups.

This is where the analysis comes together and becomes actionable.

What’s most important when viewing these numbers is to contrast them to the optimal numbers taken from the analysis above for different positions to see where the leverage may exist.

The table below compares the optimal allocations above (“Total Optimal”) to our ownership projections (“Total Owner”). 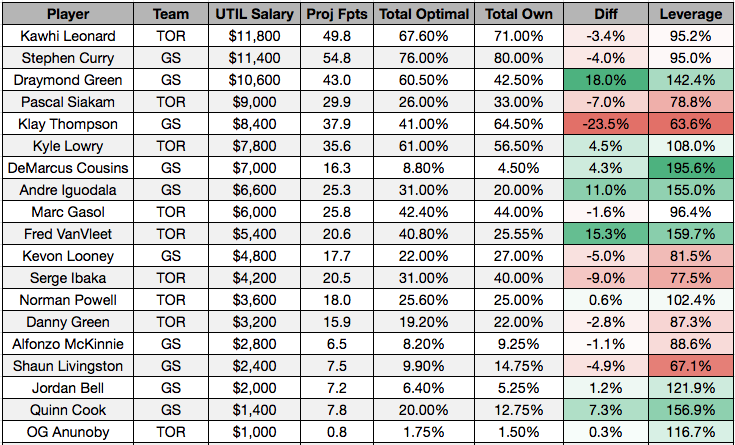