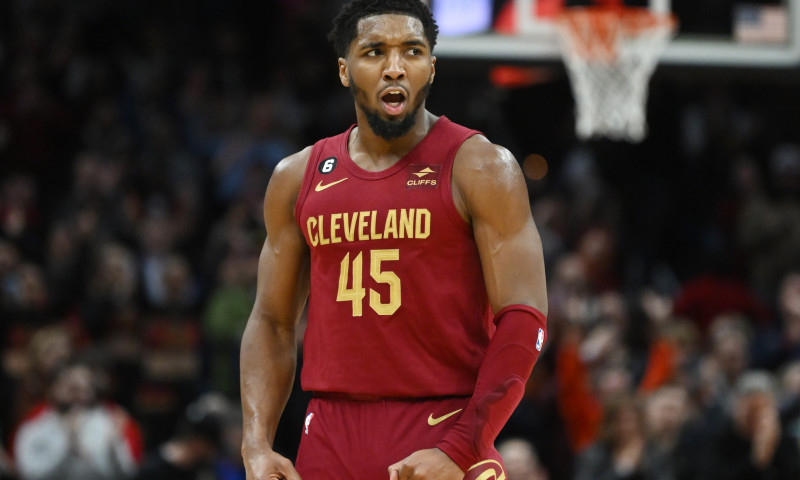 On Tuesday, the Cleveland Cavaliers and New York Knicks will meet at Madison Square Garden. Entering play, Cleveland (29-19) owns the fifth-best record in the Eastern Conference, with New York four games behind in the standings, currently sitting in the 7-seed. In this matchup, oddsmakers are anticipating a closely-contested affair, pricing Cleveland as 3.5-point road favorites on the spread.

Mitchell returns to the lineup

After missing each of Cleveland’s last three games, Donovan Mitchell will return to the floor this evening, having been upgraded to probable on the official injury report. In three games with Mitchell in street clothes over the past week, the Cavaliers went 1-2, with their only win coming against the short-handed Milwaukee Bucks.

Through 48 games this season, Cleveland owns the best home record in the Eastern Conference, at 20-5. However, they are only 9-14 on the road. In those 23 games, the team’s biggest weaknesses have been defending the perimeter and playing defense without fouling. Entering play on Tuesday, the Cavaliers rank 26th in opponent three-point percentage and 13th in opponent free-throw attempts per game away from home.

No flowers in the Garden

Contrary to Cleveland, which is elite at home and struggles on the road – New York is 14-10 on the road, but only 11-13 at Madison Square Garden. The Knicks are one of only five teams in the NBA that has a losing record in their home gym this season. The other four teams are the Charlotte Hornets, Detroit Pistons, San Antonio Spurs, and Houston Rockets – the four teams with the four worst records in the league.

Last week, Mitchell Robinson underwent surgery to repair his broken right thumb, which will keep him on the sidelines for at least a month. Since he last played on January 18, the Knicks are 0-2, with both losses coming by at least nine points. In the loss to the Atlanta Hawks, they were outrebounded 39-34. Against the Toronto Raptors, they allowed 35 free-throw attempts.

Though Cleveland has struggled to win on the road this year, they are still scoring 112.5 points per 100 possessions in these situations. Tonight, they are likely to have an efficient night scoring the basketball against a New York defense that has allowed 240 points in their last two games. Take the over on Cleveland’s team total in this spot.