Last week things were looking great, until Thursday morning and the tournament started. Unlike the WGC where the blog had good picks but my other picks were bad, last week everything went wrong. Scott Piercy was actually a pretty popular pick among guys that usually put respectable lineups together weekly, so I wasn’t that mad he performed so poorly. John Rollins did make the cut, but a horrible finish on Sunday left him outside the top 50 and barely earned any points over the weekend. On the plus side, Robert Garrigus didn’t finish in the top 50 either while Charlie Beljan missed the cut.

The PGA Tour wraps up the Florida swing at the Arnold Palmer Invitational in Orlando at Bay Hill. The course will be playing 7419 yards to a par 72. As of now, we are looking at a storm Wednesday to soften the course up a bit before the first round and could finish on Sunday with one as well. Tiger Woods is the defending champion in a star-studded field that includes 13 of the top 20 ranked players in the world.

This week there are so many good choices in the $19k and above range, I think I will skip right to the lower priced golfers under $16k. I think I will just mix and match these in the $2 GPP and maybe one in the $5 GPP. I’ve had a light schedule so far this year as my full fantasy golf season will start in three weeks when the Masters gets underway.

Boo Weekley ($15,144): After having a somewhat down year in 2012, Weekley has bounced back strong so far this year. After opening the year with a missed cut in the Sony Open, he has made six straight cuts including a 2nd place finish last week where he closed with a 63 on Sunday. The week prior in Puerto Rico he finished with another top 10 (T8). Weekley is always among the most consistent ball strikers (7th in greens in regulation, 5th in total driving) and the Florida native should have continued success this week. 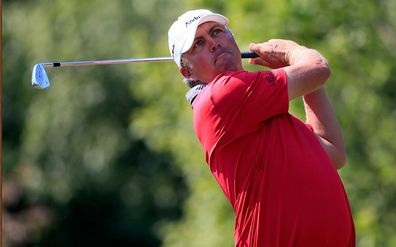 Bo Van Pelt ($15,419): Van Pelt has only played in the WGC-Cadillac Championship so far in Florida but that isn’t very surprising. His only other tournament last year in this stretch was the Transitions where he finished 9th. Before that he played the Arnold Palmer Invite finishing T30 in 2011 and T14 in 2010. This year van Pelt only has one missed cut in six events while recording two top 20s.

Jimmy Walker ($13,955): After finishing T16 at the Northern Trust Open, Walker took a month off to spend with his newborn baby. He picked up right where he left off last week though, finishing T30. So far this year Walker has two top 10s and ZERO missed cuts in seven tournaments. Infact his worst finish is a T54 at the Phoenix Open. Last year here at Bay Hill he recorded a T24 finish which was highlighted by a final round 70 (-2) in difficult conditions to move up the leaderboard 21 spots. Walker is 6th in birdie average and 10th in scoring average this year. He seems like a solid pick at this price.

Vijay Singh ($9,326): This last spot was a toss up between Vijay Singh and Josh Teater. Both might end up on various GPP lineups and at under $10k, both add flexibility to your higher priced golfers. I went with Vijay here for two reasons, experience at Bay Hill and Teater’s subpar weekend last week (77-77). Singh is 5 for 5 in cuts made this year. His best finish is a T20 but his worst is only a T51 at the Northern Trust Open. Last year, Singh finished with a T24 at Bay Hill.

Good Luck this week and don’t forget to check for withdrawals.

I will leave a note in the comments if any of the golfers I write about withdraw until Wednesday night at 8pm leading up to the tournament.