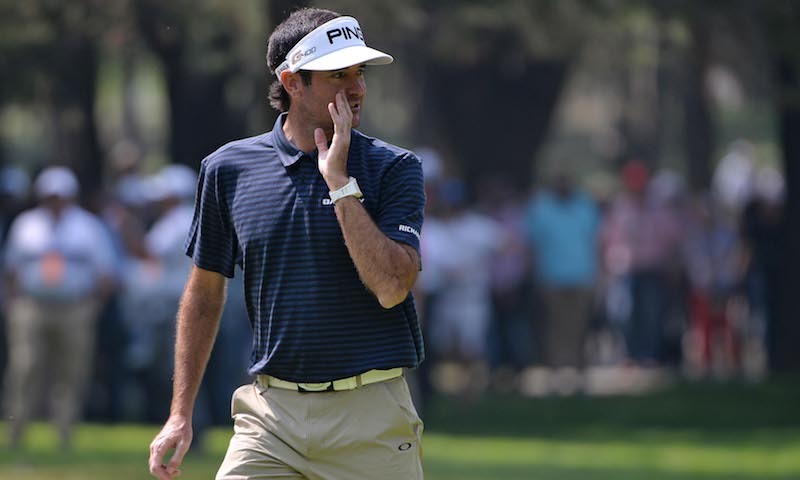 With Dustin Johnson and Tiger Woods being our most recent Masters winners, it’s been a tough couple of seasons if you, like me, target longshots and big payouts when it comes to your golf betting picks. And this week, it’s Jordan Spieth who is getting all of the love at online sportsbooks. Spieth is the top liability in multiple markets at FanDuel Sportsbook, including outright winner and first-round leader. Favorites Bryson DeChambeau and Dustin Johnson are popular Masters picks well. But it’s not like dark horses have never found their way around Augusta National Golf Club. Sergio Garcia won in 2017 at 30-to-1 odds and Danny Willett snagged his green jacket at 50-to-1 in 2016.

However, those still aren’t the kind of longshots I have in mind. I want to find golfers with longer than 50-to-1 odds who can win at Augusta, something that hasn’t been done since 2011, when Charl Schwartzel won as a 100-to-1 underdog, and two years before that when Angel Cabrera cashed 125-to-1 tickets for Masters bettors.

Here are a few Masters longshots and sleepers worth considering before things tee off Thursday morning. Remember these are longshots for a reason, and betting on them isn’t for the faint of heart. Budget accordingly!

+9200 with Masters Boost at BetMGM

Abraham Ancer has played some great golf in recent years, but he’s still searching for his first professional victory on U.S. soil. He came close in November, during his Masters debut. He finished T13 despite his inexperience and a disappointing 76 on Sunday. If he had just shot even-par, the 30-year-old would have finished tied for 4th with Justin Thomas at 12-under. Conditions are a bit different in April than they were last fall, but the experience will only help Ancer, especially if he’s in a similar position this Sunday.

If you read my golf betting articles, you know I love betting on the chatty golfer when his name is far down the betting board. Wolff can hit the ball as far as anyone not named Bryson DeChambeau, which gives him a high ceiling and winning upside no matter the contest. After leaving college as the NCAA D1 national champion and turning professional in 2019, it didn’t take long to claim his first PGA Tour win, beating Bryson DeChambeau and Collin Morikawa by a single stroke en route to a victory at the 3M Open . In merely three major appearances, Wolff has a T4 (PGA Championship) and a 2nd-place finish (U.S. Open). He didn’t make the cut in his first Masters, and there are some minor concerns regarding a nagging wrist injury. His form hasn’t been great, but that’s why we’re getting these odds. Also, Wolff did look good on the first day of the WGC-Match Play in Austin, which could be a sign that the injury is behind him. You can find Wolff as short as 80-1 at some sportsbooks, but 100-1 at BetMGM. And if you take advantage of the Masters Boost Token, you get to bet on him at 115-1. His pedigree coupled with his past major results enticed me to add him on my Masters betting cad.

Don’t Sleep On These Past Masters Winners

The Masters is the one major that is played at the same course every year. According to professional sports bettor and host of one of our favorite golf betting podcasts, course history is more predictive at Augusta National than anywhere else. So I’d be remiss not to touch on a pair of past green jacket winners who have long odds for the 85th Masters.

There’s no denying the two-time winner loves Augusta. He’s won here twice and has missed only one cut in 12 appearances. Watson’s play is volatile, but he typically finds a way to piece it together in Georgia, his home state. This time last week he was 50-1, now we’re getting 100-1 if you look at the right places. He still has a short number (66-1) at BetMGM, but you can get that 100-to-1 payout at Unibet and FOX Bet. That’s a good enough number for me.

What’s better than a two-time champion? Well, a three-time champion. Of course, his last Masters victory came in 2010, so it’s been a while. He has h respectable finishes in recent years (2019 – 55th, 2018 – 18th, 2017 – 36th, 2016 – 22nd). The greens are going to be fast, and overall conditions difficult, which should play to Phil’s strength. The 50-year-old still hits bombs, but it’s always been his creativeness and touch around the greens that has helped him beat the field at Augusta. While Phil has spent some time on the Champions Tour this year, he still managed to make the cut at the Honda and the Players before missing the weekend at the Valero Texas Open just a few days ago. Don’t look much into the latter, though. He had a 10 and lost 5.6 strokes around the green. He gained 4.5 strokes with his approach shots at the Players Championship and has gained strokes ball-striking in each of his last three Tour events. Could Phil become the oldest Masters winner of all time? Physically speaking, nothing is stopping him.