We have a solid five games on tap tonight in what should be a very spooky and scary Friday the 13th. Several teams are fighting for their playoff lives tonight, making it a very interesting evening in the National Hockey League. With ten teams in action, there should be plenty of options for building both your cash game and GPP lineups. 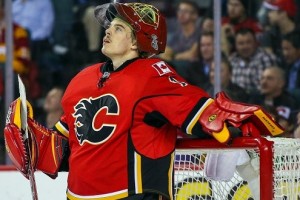 Jonas Hiller, Calgary Flames – Hiller is a very streaky goalie and when he is hot, you want to ride him. Hiller has been very inconsistent in goal for the Flames this season, but he has picked up his game since the All-Star break, posting a 2.27 GAA and a .923 SV%. Toronto has been a complete disaster in all aspects of their game since the calendar turned 2015 and they have been one of the NHL’s worst road teams (8-21-5) all season long. The Maple Leafs have not been a threat offensively in months and have only scored 12 goals in their last six games. The Calgary Flames have won four of their last five games and I think they keep rolling against the Maple Leafs tonight. Look for a strong performance from Hiller tonight, including the all-important win. 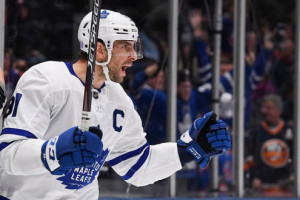 John Tavares, New York Islanders – Tavares has three multi-point efforts in his last four games and currently leads the NHL in scoring with 72 points. Tavares has been carrying the Islanders offense recently with 12 goals, 27 points and 83 shots on goal in his last 23 games played. The New York Islanders are not only a scary offense, but they are home, rested and ready to dominate a Senators team that is playing on consecutive nights. Look for another big game from Tavares tonight. 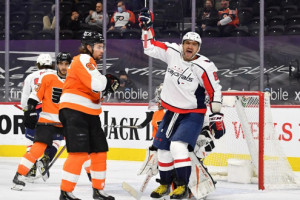 Alexander Ovechkin, Washington Capitals – Ovechkin has scored in four straight games and produced three multi-point games in his last four. In those four games, the “Great Eight” has produced six goals, eight points and an astonishing 26 shots on goal. Just for fun, let’s recite his numbers since the All-Star break. Ovechkin has 18 goals, 27 points and a whopping 113 shots on net in his last 21 games. The Dallas Stars are one of the NHL’s worst defensive teams, allowing the third-most goals per game this season (3.25). As long as Ovi continues to put up video game numbers, I will continue to roster him. Fade him at your own risk tonight.

Zach Parise, Minnesota Wild – Parise has started to heat up with three multi-point efforts in his last four contests. The Minnesota Wild have been one of the league’s hottest teams (8-2 in their past 10) and one of the NHL’s best on home ice (19-9-5). The Anaheim Ducks have been playing ugly hockey recently, losing three in a row and allowing 13 goals in the process. I expect the Wild to stay hot tonight and for Parise to lead the Wild’s offensive attack.

Johnny Gaudreau, Calgary Flames – Gaudreau had a big game Wednesday night scoring two goals in the Flames win over the Anaheim Ducks and is now riding a five-game point streak. During his five-game scoring streak, “Johnny Hockey” has racked up three goals, six points, a +5 rating and 13 shots on goal. Toronto has been one of the league’s weakest defensive teams all season, ranking 28th in shots against per game (33.1) and 25th in goals against per game (3.07). Look for Gaudreau and the Flames’ top line to light up the Maple Leafs tonight on home ice. 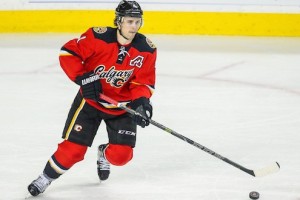 Kris Russell, Calgary Flames – Kris Russell is smoking hot with points in four straight games, including three multi-point performances. In his last four games, Russell has generated two goals and eight points, not too shabby for a defenseman. Russell and his partner Dennis Wideman have found great chemistry together and both have excelled recently on the Flames’ top powerplay unit. The Maple Leafs have allowed 26 goals in their last six games and Russell could very well be in store for another multi-point game tonight.