After a crazy hockey schedule last week, we go back to normal this week in the NHL with a typically quiet Monday, featuring only two games. As I have said before, Mondays are the calm before the storm in the National Hockey League.

With only four teams in action, there is less room for error in your cash games and in order to separate yourself from the pack in GPPs, going contrarian by taking the underdogs or using teams’ second lines seems like a smart way to go. It is an interesting couple of games tonight with two of the weaker offensives in the league (Arizona Coyotes and the New Jersey Devils) facing each other, and in the other contest we have two of the NHL’s elite (Detroit Red Wings at the Anaheim Ducks) squaring off.

Cory Schneider, New Jersey Devils – Schneider is playing his best hockey of the season right now, winning his last three games and allowing only four goals along the way. Schneider has been incredible in the month of February (1.74 GAA, .939 SV%) and has been a rock in goal for the Devils on home ice (1.84 GAA, .931 SV%) all season long . The Arizona Coyotes have lost five consecutive games and are not a team that travels well. The Desert Dogs remain one of the league’s worst offensive teams, ranking third-last in goals per game (2.19). Cory Schneider and the Devils are hot and I expect them to win a low scoring contest tonight.

Other Goalies To Target (Cash Games) – None 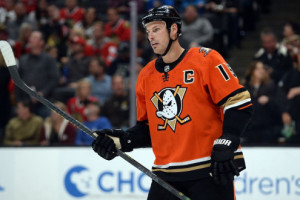 Ryan Getzlaf, Anaheim Ducks – Getzlaf has scored goals in consecutive games and now has 57 points in 57 games this season. Getzlaf is one of the most consistent scorers in the NHL and is the Ducks’ offensive leader. Anaheim should be able to score three or more goals tonight and you can bet Getzlaf will be heavily involved.

Pavel Datsyuk, Detroit Red Wings – Datsyuk put on a show Saturday night in Dallas with two goals, four points, a +3 rating and four shots on goal. The “Magician” now has four goals, eight points and 18 shots on net in his past four games. Due to his consistency and big game upside, Datsyuk is in play on a nightly basis.

Mike Cammalleri, New Jersey Devils – Cammalleri has two goals and three points in his last two games and happens to be the Devils’ best offensive threat. Arizona is one of the NHL’s weaker defensive units, ranking 25th in shots against (31.9) and 28th in goals against (3.27) per game his season. The Coyotes’ defensive numbers actually get worse when on the road and they also have the league’s fourth-worst penalty kill. Despite their offensive struggles at times this season the Devils have the NHL’s ninth-best powerplay and managed to score seven goals in their past two games. If I am selecting one Devil tonight, it would be Cammalleri. 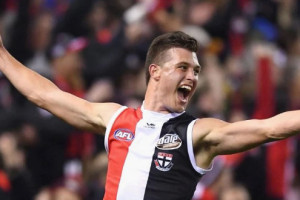 Justin Abdelkader, Detroit Red Wings – If you are looking for value on the wing, Justin Abdelkader makes a nice choice. Abdelkader had a goal and four shots on net in Detroit’s win over Dallas on Saturday night and continues to skate on the Red Wings’ top line and number one powerplay unit. The Anaheim Ducks have played very inconsistent hockey this month, allowing the fifth-most goals against per game (3.30) in the NHL. Detroit is coming off two big wins over the Chicago Blackhawks and Dallas Stars, scoring 10 goals in the process and I think they keep scoring tonight on the Pond.

Steve Bernier, New Jersey Devils – Bernier continues to skate on the Devils’ top line and number one powerplay unit, despite going pointless in his last three games. After a strong start to the month of February, it appeared Coyotes goalie Mike Smith was finally turning his ugly season around. However, Smith has since lost four straight games, allowing 13 goals in the process. The Coyotes weak defensive play has not helped Smith this year, as they have allowed way too many scoring chances and shots on goal. Arizona’s defensive struggles are unlikely to be resolved any time soon and we should continue to pick on them each night they are in action. As long as Bernier remains in this role, he makes a tremendous value play.

Cam Fowler, Anaheim Ducks – With the injury to Sami Vatanen, it appears the Ducks will turn to Cam Fowler as their temporary powerplay quarterback. Fowler has spent his entire career pretty much underachieving, despite having a ton of offensive upside. Fowler is extremely inexpensive and perhaps he will step up and produce tonight, as he’s the Ducks’ best offensive threat from the blue line.