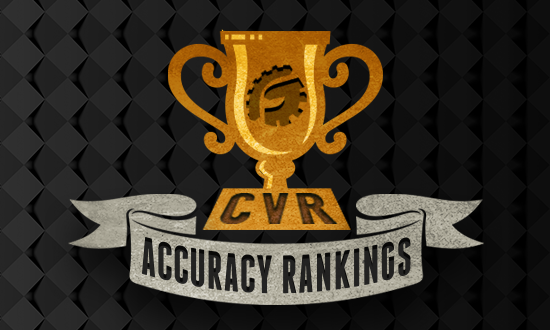 Well. That went well for SquirrelPatrol…

For those of you who don’t know, one of the coolest tools we offer in our Premium Content package on RotoGrinders is our Consensus Value Rankings – in which our experts rank their favorite point-per-dollar plays of the day at each position.

Which brings me back to the corresponding wrinkle we added last year, when we realized: Hey, all our rankers are competitive; all our rankers like to win; let’s give them an opportunity to compete and “win” against each other as they participate in one of the coolest tools we offer.

NBA season has concluded – and it’s time to hand out the CVR Accuracy crown to the “most accurate rankers” of the 2016/2017 season. 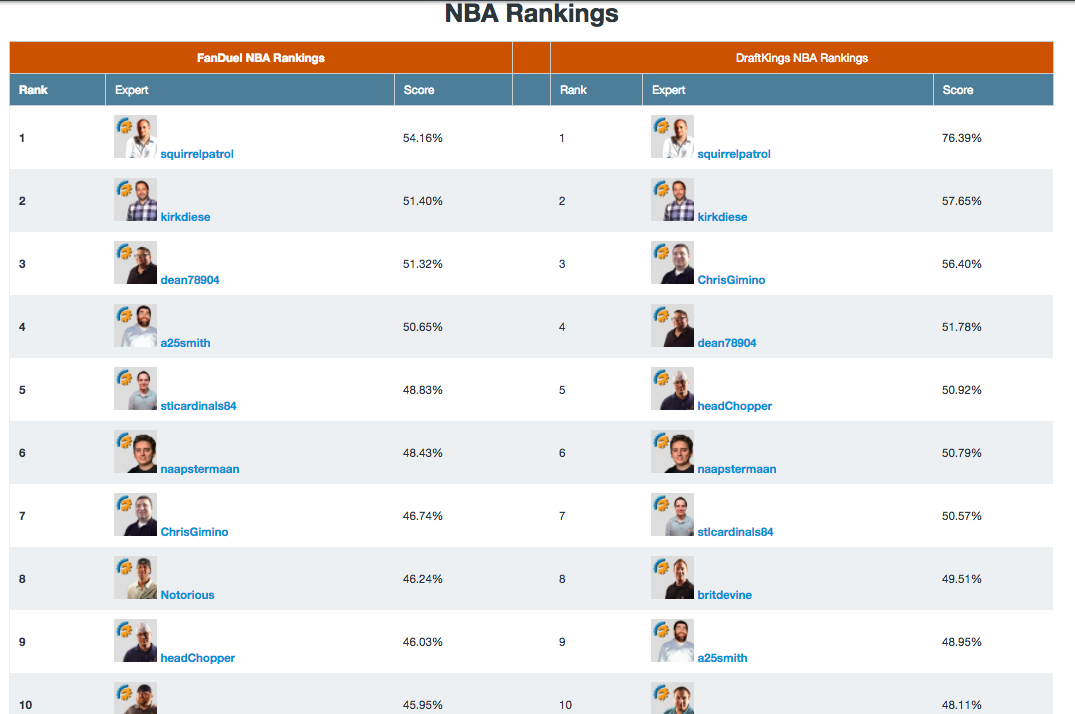 For more information on our Premium packages, click here!

Squirrel – congrats on taking down the rankings crown! You do not get an actual crown, but if you did, I imagine it would look even cooler than the Burger King crowns. Where would you display it?

Thanks, JM. And thanks for hosting me here in the RotoGrinders virtual office. I’m glad you guys have strong coffee here.

There’s an old saying in the DFS industry, one that I made up this morning, that goes “Trophies are for displaying. Crowns are for wearing.” In spirit, I’d be wearing that crown every day. Physically, like most good DFS players, I’d be melting it down to trade the scrap metal in for one more FanDuel Shot entry. Even if the crown was made out of paper like a Burger King crown. In my heart though, I’d be wearing that crown every day.

This was your first year doing rankings with us. What do you think helped you gain such a strong edge on the field?

For DraftKings in particular, I think I was one of the first experts that really took advantage of the multi-position eligibility. I think there were a handful of times that a player had a $3,000 salary and went off for 30+ points and a 10x multiplier – other experts might have that player ranked near the top, but I’d have him ranked first at multiple positions for a double-dip in the rankings. It occurred to me when my first DraftKings score was so much higher than the other experts that I was the only one taking advantage of this, and that maybe I should say something. But then I figured if using salary and positional sports idiosyncrasies to gain a competitive edge was against the spirit of the game, we’d all have to take a hard look in the mirror.

Take us through some of the key things you look for when finding the best point-per-dollar plays in NBA.

Well, it’s no secret that the NBA is all about finding underpriced players who suddenly find themselves with unexpected (and unpriced) playing time that allows them to put up high value versus their salary. Like a lot of DFS players, I’ve created my own projection model for NBA (and MLB) that allows me to look at things quantitatively. I think that becomes important as the sites become more aggressive in changing player salaries depending on the matchup – we know an NBA player facing Memphis or Utah should have a dip in salary, and an MLB player going to Coors should have an increased salary. But how much of an increase or decrease is enough before that player becomes a screaming value?

Having said that, there are plenty of other DFS players out there with models, and plenty of projections available for free on the internet, so I think you can only gain an edge in this when you know the sport and know when to override the projections. If a team is the best in the league at defending the center position, but their star defensive center is out, how do you adjust things? All models are based only on past statistical performance – that’s important, but what we really care about is what’s about to happen in the future, not what happened in the past.

No rest for the weary, right? – take us through the contributions you are making to MLB Premium at the moment.

I’m really excited to be writing the FanDuel Batter Breakdown on Mondays and Tuesdays, the DraftKings Batter Breakdown on Saturdays, and the FanDuel Pitching Primer on Sundays. So far I feel like I’ve had good season, so I’m hoping to keep that going today with my hitters write-up. You can also follow me on Twitter at @jbresl where I occasionally post DFS thoughts – I’m currently at 665 followers, so I’m not sure what kind of prize the next person to follow me gets.

Squirrel, thanks for hanging out! And congrats on crushing the NBA CVR rankings in RotoGrinders Premium!