Howdy NBA fans and welcome to the daily sports betting breakdown here on RotoGrinders, where we not only give you our favorite bets from one of the most interesting games of the night, but also historical numbers to help you improve your sports betting knowledge. For the rest of the playoffs, we’re also going to give you a Monkey Knife Fight prop bet pick. 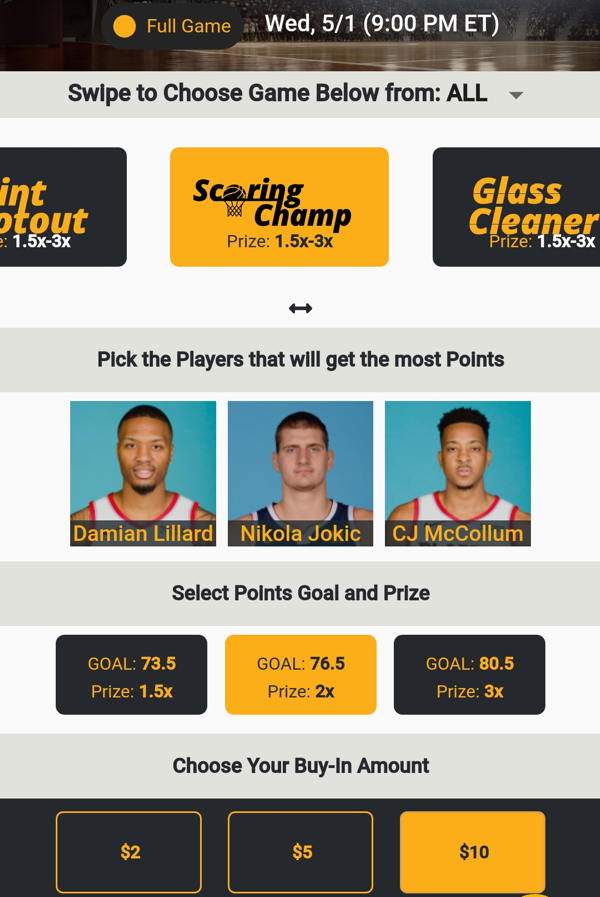 Look, we went with this same prop on Monday, and the prop hit with now sweat. These three players combined for 92 points, and while I’m not expecting the same exact outcome again, the line for this prop is set too low. Dame and Jokic are both locks for 30 points and likely will end up with more. McCollum had a rough night shooting on Monday, and if he would have shot as well as he normally does, he’d have been around 25. I expect this prop to hit easily again and if you really want to, you can go with the 3x prop (I know I have).

Historical Numbers Against the Spread

Nuggets Historical Numbers Against the Spread

Even as the two seed, the Nuggets were barely able to make it out of the first round, but they have been a slightly above average team to bet on this season, going 45-44 ATS. Looking at their home/road splits, few teams have as drastic splits as the Nuggets as they were 28-18 ATS at home (2nd best in the league) and near the bottom of the league on the road. After taking down game one of the series, the Nuggets are playing this game on one day of rest, a situation in which they have not performed well this season, going 26-33 ATS (9th worst in the league). Overall, this is an above average spot for the Nuggets to cover.

The spread for this game opened up at Denver -4, and with 55% of the total bets coming in on the Nuggets, the line has moved to -3.5, showing some reverse line movement.

Historical Numbers on the Total

My NBA Picks for May 1, 2019 – Portland Trail Blazers at Denver Nuggets 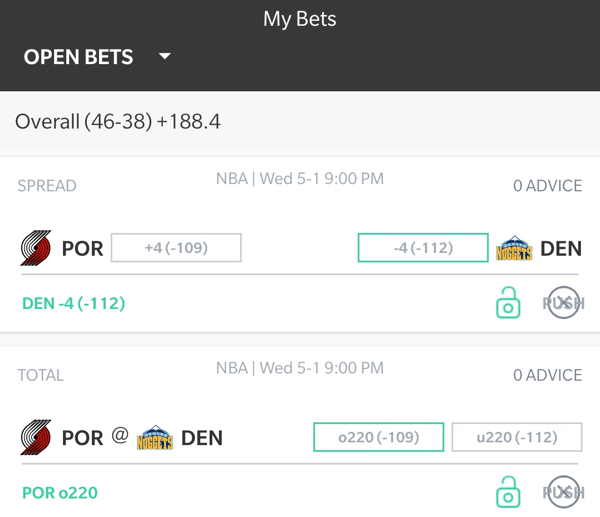 Download the SharpSide App To Keep Track Of Your Bets!