Just like you, we are pumped for the start of NFL season, and this year’s media content will be bigger and better than ever. We are bringing back a number of your favorite shows over the years but also excited to introduce a few new faces and show concepts to the RotoGrinders community in 2017.

This year we will be offering some shows under a “Freemium” model. This means that the show will be broadcast on GrindersLive FREE for anyone to view, but “On Demand” viewing and podcast download will be available ONLY to those who subscribe to the RotoGrinders Premium.

We also urge everyone to subscribe to the new RotoGrinders NFL DFS Podcasts feed coming to iTunes. This feed will be the exclusive home for all of our NFL Content & GrindersLive replays this NFL season. If you could leave a 5 star review as well that would extremely helpful for us as well.

Three of the Fantasy Insiders best will lead off the week with a review of the previous weekend in NFL. This includes both a look at the notable injuries and fantasy performances but also a review of winning the lineups that brought home the most $$ this weekend in DFS.

Monday/Thursday slates have become big money opportunity in DFS. HeadChopper and BigT will help you in your GPP and Cash builds for the week’s two game slate and try and help you find the edge in lineup building.

The AEEWP returns for year two and continues to bring some of the most entertaining and informative early week DFS prep you are going to find anywhere.

Three of the longest tenured DFS players in the world come together to give you their first look at the upcoming week in NFL DFS.

Six of our top tournament minds will run through their lineup building strategies for the week on FanDuel and DraftKings.

Footballguys and RotoGrinders come together for year three of one of the week’s most informative and entertaining looks at DFS. Dan, John and Austin not only break down the matchups for the week, but put their own picks & pride on the line with two winners spared and one host taking a stroll down “Losers Lane”.

2016 Milly Maker winner Eric Crain talks with two of the most respected voices in fantasy football in Rich Hribar and Evan Silva of Rotoworld. The guys will talk about three storylines and three game matchups that they are most interested during the upcoming week in NFL.

Six of our top cash game minds will run through their lineup building strategies for the week on FanDuel and DraftKings.

We’ve got a show completely devoted to the DFS game at Yahoo Sports. The DFS_Almanac (Dean Shavelson) takes the hosting reins for RotoGrinders and will analyze the upcoming slate on Yahoo with some of the most well known fantasy sports analysts in the industry.

One of the most popular weekly shows in Fantasy Sports will leading off a super impressive Friday night block on RotoGrinders this year. Previously on Fantasy Insiders, the Swolecast brings high level DFS analysis with blazing hot takes and hilarious host hijnx. (Show available FREE on GrindersLive until 10ET)

One of RotoGrinders longest running and most popular NFL shows returns for another season as hosts Jordan Tohline (JMToWin) & Adam Levitan give their final thoughts during a game by game breakdown of the week’s slate.

One of the most exciting new shows coming to RotoGrinders this fall is Sharp DFS Analysis. Warren Sharp has built an amazing reputation in handicapping game totals for Vegas and gives us a peek behind the curtain how we can take advantage in DFS. His website SharpFootballStats.com provide some the most innovated matchup visualizations which will also be a centerpiece of this show. Warren will be joined by two of the smartest guys in fantasy football analysis. Chris Raybon of 4for4 football brings his deep analytical understanding of DFS game theory and matchups alongside RotoGrinders own Chris Gimino who will guide the show and provide his own insights to help you in DFS lineup building. 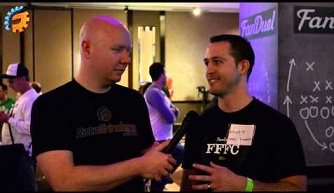 RotoGrinders welcomes one of the winningest DFS tournament players in history as TWO time $2M winner Scott Hanson will join RG’s own Ownership Projection savant Chris Gimino to take a look at this week’s projected tournament ownership. The two will talk about the process in coming up with these projections, spots where players can potentially take advantage with their GPP lineups and of course adding a few nuggets of information for the upcoming week.

This new show concept will have no shortage of strong opinions as we take a look back at some of the hottest takes from the week on GrindersLive. Alex Dunlap of Rosterwatch.com & SiriusXM Fantasy Sports Radio joins TheSeige as they will take a look at clips from other shows on RotoGrinders throughout the week and either and fuel those hot takes or cool them off with opinions of their own. If you like debate this show will provide a lot of it.

Doesn’t matter if you are looking for cash game advice or GPP strategy GrindersLive will not only be answering your questions in chat, and also be on top of the latest news as teams start to give their actives/inactives for the day. This show and RotoGrinders chat is THE place for DFS players to be on Sunday mornings.

It’s the final 30 minutes before lock and can’t decide between a couple of players for a couple of spots? Chris Culosi navigates the show and chat taking your questions LIVE in real time as you put the finishing touches on your lineups.

This year RotoGrinders can be heard LIVE 6 days a week on Sirius XM Fantasy Sports radio. Our Monday-Friday time slot will be from 1-2 ET. We will be also hosting an interactive DRAFT show from 9-10 PM on Fridays.

Dan & Beermakersfan return Sunday mornings at 9-10 ET as they talk their favorite plays and take your calls just hours before lineup lock.

Fantasy Insiders will continue their show evenings Monday-Friday from Midnight-2AM and feature both season long fantasy football talk and DFS strategy for the week.

The longest running DFS video series returns this football season. Former #1 Ranked Grinder and WFFC Champion Chris Prince will take you through 6 of his favorite plays on FanDuel and DraftKings for the week including his Beast of the Week.

This video concept takes fantasy analysis to a new level by discovering matchup inequalities through the use of game film. The crew at Inside the Pylon will break down the game film from a couple of situations each week that might be advantageous to you in DFS. Then Dan Back will give his analysis as to their best use for DFS lineup building each week. 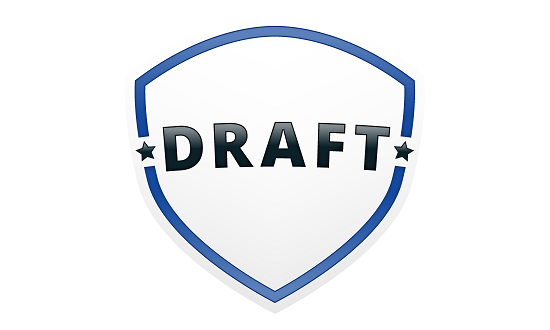 Think you what it takes to beat a RotoGrinders expert in a LIVE DFS DRAFT? You’ll have a chance several times throughout the week as we will be hosting a number of Live Shows/Periscopes which will pit you the viewer vs. hosts. Not only will there be the trash talk but the RotoGrinders experts will be sure to provide their thoughts/analysis for the upcoming week in the NFL along the way.