This person is the starting quarterback for the Green Bay Packers. Who is Aaron Rodgers?

After an off-season full of theatrics, Aaron Rodgers showed up to training camp and agreed to a reworked deal that voids the 2023 season and includes forfeiture provisions that prevent Green Bay from pursuing prorated portions of his signing bonus. He will officially be under center for the Packers in 2021 and season-long fantasy players can go back to safely selecting his partner in crime, Davante Adams, early on in drafts. With their core pieces intact, the Packers will look to make another run at the Super Bowl after falling short in 2020. 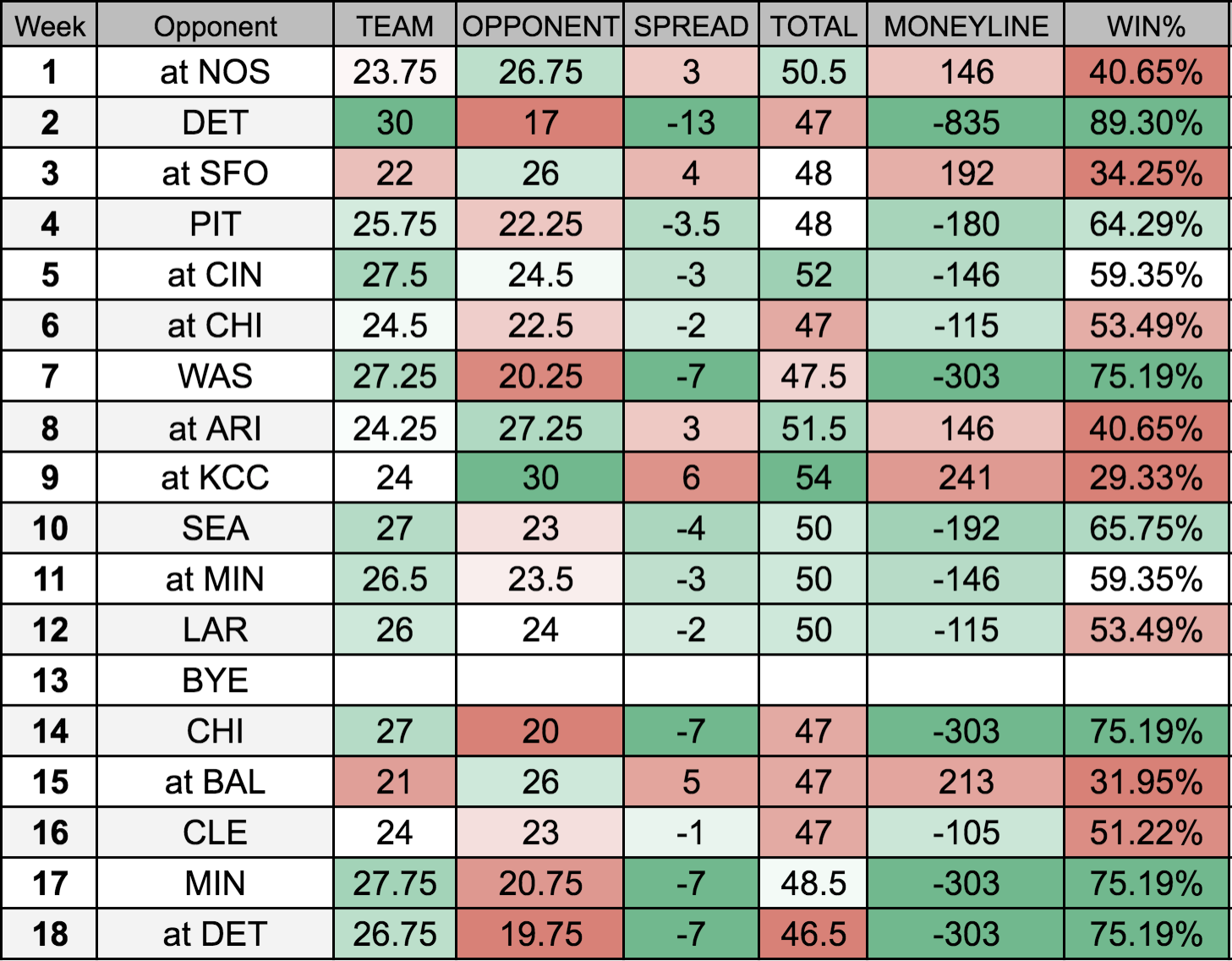 Green Bay racked up 13 wins in 2020 and look-ahead lines have them favored in 12 games for 2021. With Rodgers officially back, Green Bay’s Win Total is either up to 10.5 at most sportsbooks or juiced heavily on the over at 10. While my lean is still on the over, I am not convinced there is any value betting it at this number. If betting on Green Bay to have a successful season, I prefer laying a little juice and betting them to win the division. Make sure you shop for a good line on division odds as there is a wide range of offerings out there – while the Packers are currently -140 on Points Bet to win the NFC North they are listed at -164 on BetMGM.

Fed up with analytics Twitter’s critiques, Aaron Rodgers returned to early-career form by throwing for 4,299 yards and 48 touchdowns last season. While it’s unlikely he replicates those numbers in 2021, the Packers still project to be one of the league’s top overall offenses. As has been the case for the majority of Rodgers’ tenure, Green Bay’s biggest question marks are on the defensive side of the ball where we project them as a below-average defense overall despite being stout against the run. 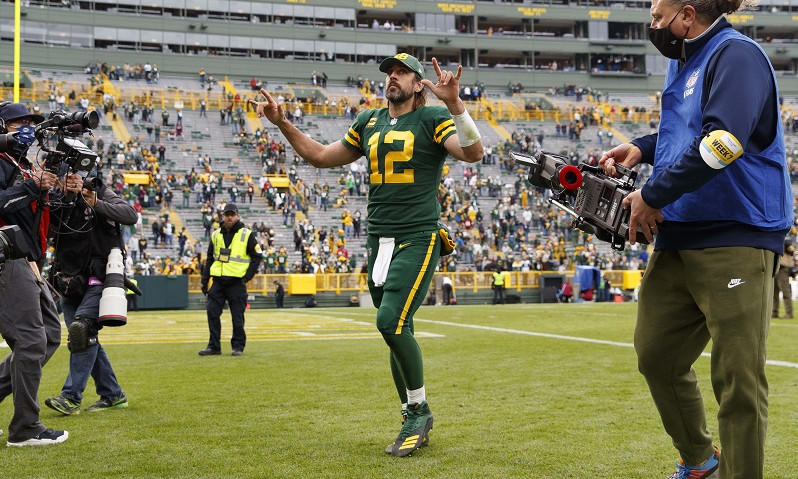 It doesn’t feel right to say that Randall Cobb is “new” to Green Bay but the 10-year veteran is back to the place he called home for the first 8-years of his career. Prior to acquiring Cobb to appease Aaron Rodgers, Green Bay had selected Amari Rodgers in the third round of this year’s draft. Neither player will have any sort of season-long fantasy relevance but could pop up as a value option on a Showdown slate or two.

Davante Adams is the only player certain to have a huge role in Green Bay’s passing attack. After Adams, things get extremely murky with Allen Lazard and Marquez Valdes-Scantling fighting for playing time out wide and the re-acquired Randall Cobb and newly drafted Amari Rodgers battling for snaps in the slot.