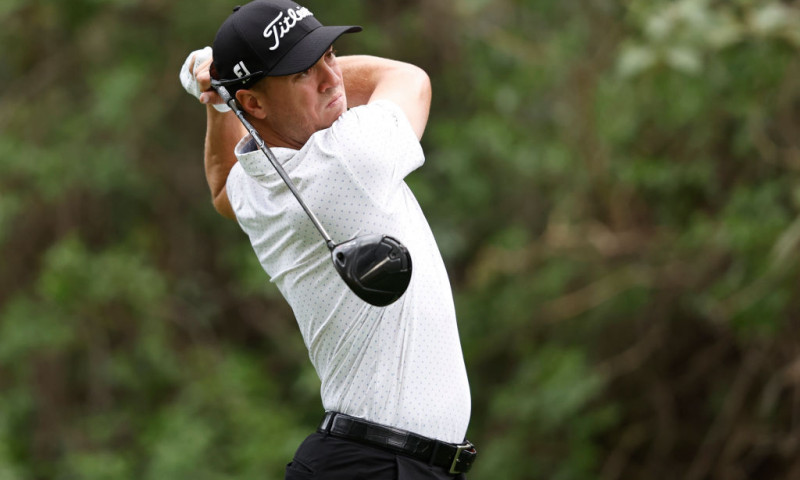 Originally scheduled for last fall, the 2021 Ryder Cup tees off Friday as the United States and Europe bring together their top golfers for the biennial clash. Money isn’t on the line — at least not for the golfers — but pride is. Though the USA has the all-time lead with 26 wins to Europe’s 14, it’s the Europeans who have gotten the best of the Americans as of late. Despite the team’s dysfunction, oddsmakers lean with the red, white, and blue. But that’s been the case in previous years, too. So what are Ryder Cup bettors to do?

Patriotism has come at a hefty price for USA golf fans in recent years. In 2018, then-European Captain Thomas Bjorn’s squad embarrassed Jim Furyk and the United States 17.5 to 10.5, giving Europe four of the last five Ryder Cup victories dating back to 2010.

This year Team USA’s odds are as steep as -200 at Caesars Sportsbook. USA has consistently put forth more talented squads, but doing so hasn’t translated to success. The question in 2021 is if Whistling Straights, a public course in Sheboygan, Wisconsin, and the home crowd will be enough to inspire USA to overcome their differences (I’m looking at you Brooks and Bryson) and raise the cup.

Speaking of Brooks and Bryson, let’s take a look at the Ryder Cup rosters for both teams.

Spaniard Jon Rahm, the best golfer in the world, leads a top-heavy roster with Rory McIlroy, Viktor Hovland and Paul Casey. Things will get a little tricky further down the roster. Guys like Ian Poulter and Lee Westwood have always been great in this format but let’s not pretend they’re as good as Tony Finau or Scottie Scheffler. Again, I’ve learned not to doubt Poulter & Co., but they’ll have to channel their vintage Ryder Cup forms to keep apace the birdie-makers dressed in stars and stripes.

Team USA is more talented, has home course advantage, and they wear the right colors. I’m heading to BetMGM which has the best odds (-182) to bet on USA.

When betting on top-scorer, it’s crucial to remember that only eight of the 12 players from each team play in each of the first four sessions. It’s a bit of a guessing game but we can make some reasonable assumptions as to which golfers will be playing the most.

Justin Thomas +600 (FOX BET) – Thomas is the favorite here for a reason and I think his odds justify a wager. Thomas is most likely to play every session and should be a lock to play four of the five at a minimum. He was the one bright spot for the USA team in 2018, as he dominated in France to take four points from Europe. Captain Steve Stricker will presumably pair him with his best friend, Jordan Speith. The duo is a perfect 3-0 together, proving to complement each other’s style of play well.

Patrick Cantlay +750 (Caesars) – Cantlay finished the season playing as well as anyone. He doesn’t have the experience of Thomas, but he should be just fine. Expect Stricker to utilize him in at least four matches if he’s still in the form we saw a couple of weeks ago. The PGA Tour player of the year has excellent chemistry with Xander Schauffele, which will make for a formidable pairing.

Bryson DeChambeau +900 (BetMGM) – DeChambeau might hit 400-yards drives, but he also brings his fair share of drama with him. Luckily he should have the fans on his side this week, which will be a nice change. There’s talk that he’s beaten up his wrists while training for a long drive competition, but I suspect the story is overblown by both Bryson and the media. Regardless, Stricker should turn to DeChambeau for more than his tee shots; the bomber also happens to be one of the best putters on the team. If Stricker uses him accordingly, the 28-year-old will have an opportunity at redemption as he avenges USA golf bettors from a bevy of recent European defeats and the chance to become Captain American in the process. Whether this will play out as I have outlined is an entirely different question. Odds are DeCheambeau doesn’t see enough sessions to finish with the most points for the USA, so it might be best to skip this one.

Jon Rahm +380 (FanDuel) – Don’t overthink this. Rahm is the best player in the world and should get the nod for all five sessions. He’s also a great course fit for Whistling Straights. The only other person I think has a chance is Rory McIlroy at +500, maybe Viktor Hovland.

Viktor Hovland Top Euro Rookie -118 (FOX BET) – This is an great price at FOX Bet, considering he has heavily favored as -145 elsewhere. The Euros need Hovland to play well to raise the cup, and I expect him to have more opportunities to score points than his fellow rookies, Shane Lowry and Bernd Wiesberger.