Last week was the complete opposite of two weeks ago. The blog picks went pretty well with the obvious exception of Tiger Woods’ T65. However, he was picked by so many people on Fantasy Feud it didn’t really matter much. Jason Day only had an average to below average finish (T41), while Scott Piercy and Gary Woodland both performed very well as value picks (T16). I did also mention Schwartzel would be an obvious play for me and he finished T8. This was the first week I entered the exact same lineup multiple times in the FF Qualifier and of course it ended up performing poorly. It was one of my worst weeks on Fantasy Feud but things are really starting to turn around on Draftstreet. I am excited about the week ahead. 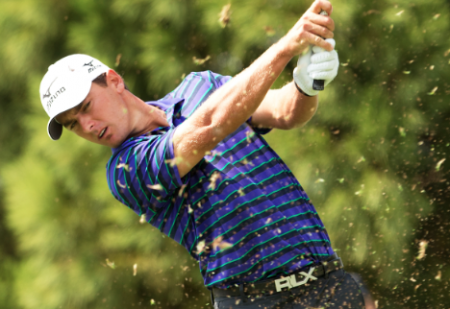 I’ll get back to the regular blog previews this week. It is important to note though, there was a 36-hole qualifier for the US Open on Monday at various sites across the country. It would definitely be beneficial to check the Ohio and Tennessee ones. Those two sites are where most of the pros that aren’t already exempt will play and probably be making the trip to the St. Jude Classic.

This week the players head to the FedEx main grounds to tackle TPC Southwind in Memphis, Tn. The course will be playing 7,239 yards to a par 70. After a brutal week last week in Memphis, the conditions are looking good for the tournament. Temperatures should hold steady in the 80s with only slight chances of rain although a stray thunderstorm could always appear. Dustin Johnson is the defending champion with a -9, 271 total. That score was good enough for a one shot victory over John Merrick and four other golfers two back. Let’s take a look at some golfers:

Charles Howell III (DS – $19,911): Howell opened the year hot with three consecutive top 10 finishes including a playoff loss at the Humana Challenge. He did cool down in April with two missed cuts in as many tournaments. However, he seems to be back on form again. After a T10 at Wells Fargo, he followed it up with a T66 at the Players, T17 and the Byron Nelson, and most recently a T21 at the Memorial. Howell has a T27 here last year, T3 in 2011, and T44 in 2010. In a watered down field, I look for Howell to have a big week.

Tim Clark (FF- $165,000): With my top pick on Fantasy Feud, I usually go with one of the superstars but there are a lot of uncertainties this week. So, I dropped down a little bit in price and going to go with Tim Clark. He has five top 25 finishes this year including his last outing at Colonial where a 65-69 weekend finish jumped him into a T7. Clark has a T42 in 2012, T29 in 2009, and T18 in 2008, which were his last three events in this tournament.

Gary Woodland ($10,000): I had Gary Woodland last week when he was priced $10k. He is still $10k on Fantasy Feud so I see absolutely no reason not to take him again this week after the T16 at the Memorial. This is his first trip back to Memphis since a T37 in 2010. He does only have two top 20s this year, but has made eight straight cuts.