Predicting Tiger to have a good finish is like predicting the sun will rise tomorrow. No one is really impressed; nonetheless it was important Tiger was in all lineups at Fantasy Feud since he ended up winning. Lee Westwood had a solid T8 finish as my top pick at Draftstreet while Steve Stricker fell apart on Sunday to finish T37. Even with the disappointing 4th round, it wasn’t too bad of a pick considering how cheap he was. The main disappointing spot last week for me was Stewart Cink missing the cut as well as Graeme McDowell, although not mentioned in the blog. 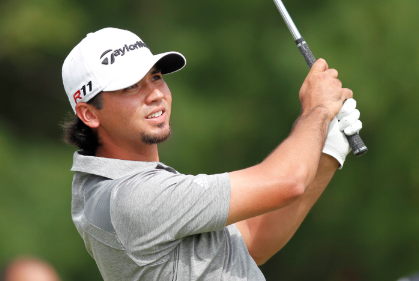 After a mentally exhausting week at the Players, the Tour now heads back to Texas, specifically Irving and TPC Four Seasons Resort. The course will be playing a relatively short 7,166 yards to a par 70. Course management is very key here so it is no surpise to see golfers like Jason Day and Jason Dufner have a lot of success here in the past. Dufner is in fact the defending champion with an 11 under par, 269 to defeat Dicky Pride by one shot and a group of four other golfers by two.
As far as temperatures, the weather should not be a factor. Lows will be in the 70s while the highs will reach the upper 80s to lower 90s. The main influence this week will be the wind as it could get up to 14-19mph all week.

Harris English (DS – $14,521): No top pick this week on Draftstreet, let’s get right down to business with lower value picks. After starting the year very rocky with only one finish inside the top 50 in seven starts, English has been rounding his game into form. Since the Honda Classic he has two top 10s with only one missed cut. Last week was a solid performance at the Players with a T33. Unofficially by my count, he is 5-5 made cuts in Texas in his short pro career, although has not played at the Byron Nelson yet.

J.J. Henry (DS -$12,499) I wrote about Henry in another Texas tournament this year and he let me down big time. I am coming back to him again anyway. He lives in Fort Worth, played at TCU, and usually performs well in Texas. Last year Henry finished T3 here with a T27 in 2011. He’s made 8 out of 13 cuts, so after all this you might wonder why he is priced so low….it’s because he has missed four of his last five cuts and did not break par in 12 of his last 14 competitive rounds. Still, since I am only playing a GPP on Draftstreet, I think he has to be given serious consideration at this price because the upside is high and is perfect for a GPP.

Jason Day (FF- $158,000): I say this almost every week but since Fantasy Feud has such wide salary ranges, you can take atleast a couple of the big favorites. This week I am definitely going with Jason Day. I really can’t believe he isn’t the 200k priced golfer. He hasn’t missed a cut in nine starts this year (does not include the T3 at the Match Play) which was highlighted by the 3rd place finish at the Masters. He quietly finished inside the top 20 last week at the Players (T19) and only has one finish outside the top 45 this year. Historically Day has performed well here at the Byron Nelson finishing T9 in 2012, 5th in 2011, and 1st in 2010.

James Driscoll ($10,000): The first thing I do at Fantasy Feud is look at all the golfers priced $10k and there are a lot this week. Finding a few lets you open your salary cap more so you can be flexible at the top. This week I think Driscoll fits in well. He’s made 9 of 14 cuts this year but more importantly has played extremely well at the Byron Nelson lately including a T19 last year and a T8 in 2011.