Well, the blog picks actually performed fairly well last week. Out of the four picks, Chris Stroud had the worst finish with a T28. The other three golfers, Fowler, Day, and Reavie all finished T21. While my lineups had potential starting with these four, most of my other picks across the various sites ended poorly and it was a major down week for me. 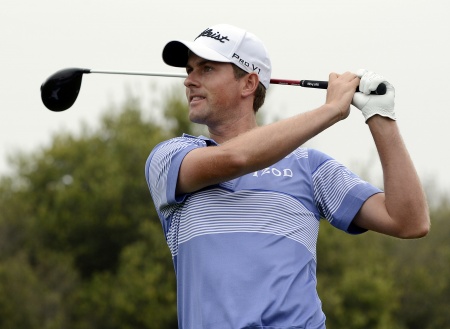 The PGA Tour now heads to White Sulphur Springs, West Virginia for The Greenbier Classic. The Old White TPC will be playing 7,274 yards to a par 70. With heavy thunderstorms expected to hit the course Tuesday and Wednesday, it doesn’t look like golfers will have much time to put in practice-wise. A 50% chance of T-storms on Thursday is a bit worrisome, but the rest of the week will be 40% or lower.

While there weren’t big names at the top of the leaderboard last year, it was a dramatic finish as Ted Potter Jr. finished eagle-birdie to force a playoff with Troy Kelly. He later won on the 3rd playoff hole to capture his 1st career PGA Tour win. Phil Mickelson and Louis Oosthuizen are the only two golfers inside the top 10 world rankings that are playing this week as most of the European stars are staying in Europe in anticipation of the British Open coming up in two weeks.
Let’s take a look at some golfers:

Gary Woodland (DS – $16,686): I’m going to skip the high priced golfers on Draftstreet and get right into what I believe to be value picks. Gary Woodland has made 10 out of 11 cuts starting with the Arnold Palmer Invitational back in March. The only reason he missed one was because of a withdrawal after an opening round 72 at the Travelers. Not including that tournament, he has three top 20 finishes in as many events including a T16 at the AT&T National last week. Woodland missed the cut here last year, but finished T4 in 2011.

Chez Reavie (DS – $14,393): When you look at all the golfers around the 17k-20k range on Draftstreet, only a few weeks ago most were down around the $14k mark or lower. Of course some of that is due to a weaker field, but a lot have been playing really well too. Reavie seems to be on the upswing. I featured him last week on Fantasy Feud and I see no reason not to take him at this price on Draftstreet following the T21 finish at the AT&T National.

Webb Simpson (FF- $179,000): Webb Simpson has to be the go to pick on Fantasy Feud this week. In 16 events this year, he has nine top 25 finishes. That stretch includes a playoff loss at the RBC Heritage and most recently a T5 at the Travelers where he opened and closed with a pair of 65s. He took last week off and comes into this week fresh. Last year Simpson finished T7 here with a T9 in 2011.

Stuart Appleby (FF -$10,000): Appleby is coming into the Greenbrier off of a disappointing missed cut at the AT&T National. However, before that he had a streak of 8 consecutive made cuts including a T9 at the Travelers. In that span only one finish was outside the top 50, (T57 at the Byron Nelson). More importantly, he holds the 18-hole (59) and 72-hole (258) scoring records here at the Greenbrier, which came when he won in 2010. At $10,000, I think Appleby is definitely worth a shot.
Good Luck this week and don’t forget to check for withdrawals. I will leave a note in the comments if any of the golfers I write about withdraw until Wednesday night at 8pm leading up to the tournament.