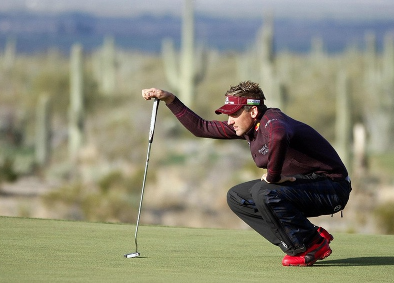 It was another difficult week for me on the course. J.J. Henry as a low value pick proved to be absolute worthless. I took a shot, it didn’t pay off, but I think that’s what you have to do in the GPPs. Carl Pettersson fought back and made the cut Friday afternoon but couldn’t get anything going over the weekend and it was a pretty disappointing finish. John Huh and Michael Thompson both missed the cut as golfers to avoid. Overall it was a sub-par (pun intended) week, but there is only one more to go until the Masters. I’ll limp past this one as well, waiting on the year’s first major.

TPC San Antonio will host the Texas Open this week. It will be playing a stout 7,522 yards to a par 72. There will be a premium on straight, accurate shots moreso than other places. Ball strikers will have the advantage on the tight course where disaster can lie just off the fairway. Ben Curtis is the defending champion with a -9, 279 total. There isn’t much to talk about in terms of the weather. The Thursday morning/Friday afternoon tee times might have a bit of an advantage with the wind dying down for Friday, but it shouldn’t be that much of an influence.

If you’d like to get in on the action this week, check out the DraftStreet Review for a 40% Exclusive Deposit Bonus up to $150!

Top Golfer Picks for the Week

Ian Poulter ($22,530): Poulter will be my top pick this week. He has had a light schedule so far, only playing in four tournaments (two of which were WGC events). He has recorded two top 10s and his worst finish is a T28 at the WGC Cadillac Championship. I suspect he will use this tournament as a warm up for the Masters, which has me a bit worried, but he will be one of my picks to win the Masters, so I have to think he will get a high finish here in the weakened field. This will be his first appearance at the Texas Open.

Brendon de Jonge ($15,191): I think de Jonge is priced around this area every week and he keeps being a solid pick. He is 9/11 in cuts made with two top 10s including last week at the Houston Open in which he finished with a closing 66 on Sunday. Out of the 9 cuts made, he has finished inside the top 50 8 of them. de Jonge has had mixed results here in recent years. He did make the cut last year, but a 79 on Saturday gave him an MDF. In 2011, he finished with an even par 288 total good enough for T23. He is 24th in scoring average and 26th in greens in regulation.

Padraig Harrington ($18,263): I like Harrington and I usually try to fit him in my lineups, but he is just playing too poorly right now. He has only made 1 out of 3 cuts, with a T9 at the Waste Management Phoenix Open back in the beginning of February. Since then he has two missed cuts, a first round exit at the WGC Match Play and a T39 at the WGC Cadillac Championship (in which there is no cut). Hopefully he bounces back in time for the Masters, but this week he has to be on the “stay away” list.

Ryan Palmer ($16,994): J.J. Henry didn’t turn out very well as a gut pick last week, so I’m trying another this week. Honestly, I think Palmer is a bit overpriced for his recent results. He’s only made 3 of his last 5 cuts with his best finish being a T30 at the Tampa Bay Championship. In a double up, I wouldn’t pick him, but in a GPP I think he has potential. Palmer is from and lives in Texas, 6th in driving distance, 10th in total driving, and 20th in scoring average. Last year he finished T32 after faltering on the weekend with a 74-76.

Good Luck this week and don’t forget to check for withdrawals. I will leave a note in the comments below if any of the golfers I write about withdraw until Wednesday night at 8pm leading up to the tournament.