There are major differences between the DraftKings and FanDuel DFS soccer offerings, so it’s important to figure out those nuances and use them to your advantage.

In this space we’ll detail the scoring systems and how they compare and contrast between the two major sites.

Players will accumulate points as follows: 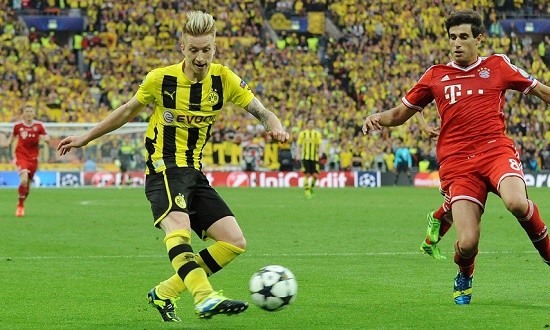 — In the instance where a player gets 2 yellow cards, the player will NOT be given a red card. The player will get a total of -3 PTs.

— Goalkeepers/Defenders must play at least 60 minutes to qualify for the clean sheet bonus. The player’s team (regardless if he is still playing or not) must allow zero goals over the course of regular time and extra time to qualify. Injury time is not counted in a player’s total minutes played.

— Goalkeeper win stat is determined by the score after regulation time or extra time, if necessary. Penalty shootouts are not considered in determining a winning Goalkeeper. Goalkeepers must play at least 60 minutes to qualify for a win. If a goalkeeper gets subbed off, his team must be winning at the time of substitution in order to be eligible for the win. The score at the time of substitution is not factored in for a

— Goalkeeper who is subbed into a match. For example, a team can have more goals after extra time in the second leg of a two leg match and go to penalty shootouts because away goals are tied. That same team could go on to lose the ensuing penalty shootout but the goalkeeper would still get the win, provided the other Goalkeeper win conditions are met.

— Stats from Penalty Kick shootouts will not be counted for any players. 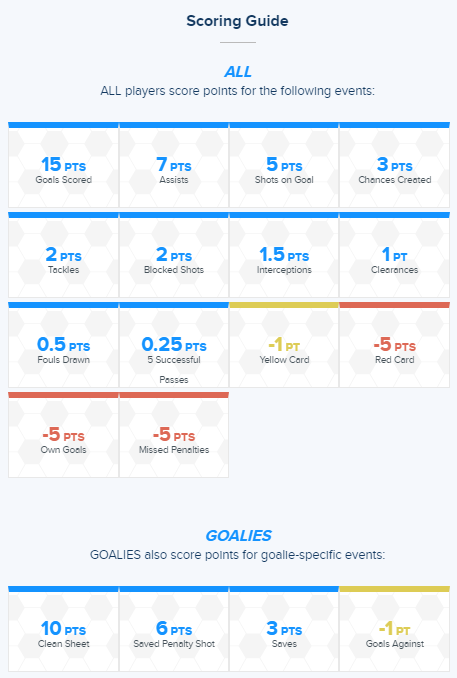 Players will accumulate points as follows:

— Goalkeepers will receive points for goalkeeper specific events and the general scoring events. Outfield players will not receive goalkeeper unique events should they play in goal for any reason during a match.

— Players do not accrue any points during a penalty shootout.

— Clean Sheet – Goalkeepers will be awarded a Clean Sheet if they play the entire match and do not allow a goal. A goal allowed in extra time will nullify a clean sheet.

— Interception – This is where a player intentionally intercepts a pass by moving into the line of the intended ball.

— Chance Created – A pass that leads to any attempt on goal, including those that result in goals.