The DraftKings $50,000 free presidential debate pool is now live, with links to the contest on both their DFS platform and Sportsbook product. The first presidential debate will take place on Tuesday, September 29th, and this pool represents your only way of making things more interesting on a public platform (since actual betting is not allowed).

There are a ton of serious conversations to be had surrounding this debate and the upcoming election. In this article, we will address none of these more serious matters, and instead focus on a totally frivolous evaluation of how people in the general public might choose to answer these questions.

In pools of this nature, it is important to consider not only what the most probable answer is but also how many people will select it. In certain instances, it may be more beneficial to select a less probable answer in order to gain a game theory advantage on the rest of the contestants. 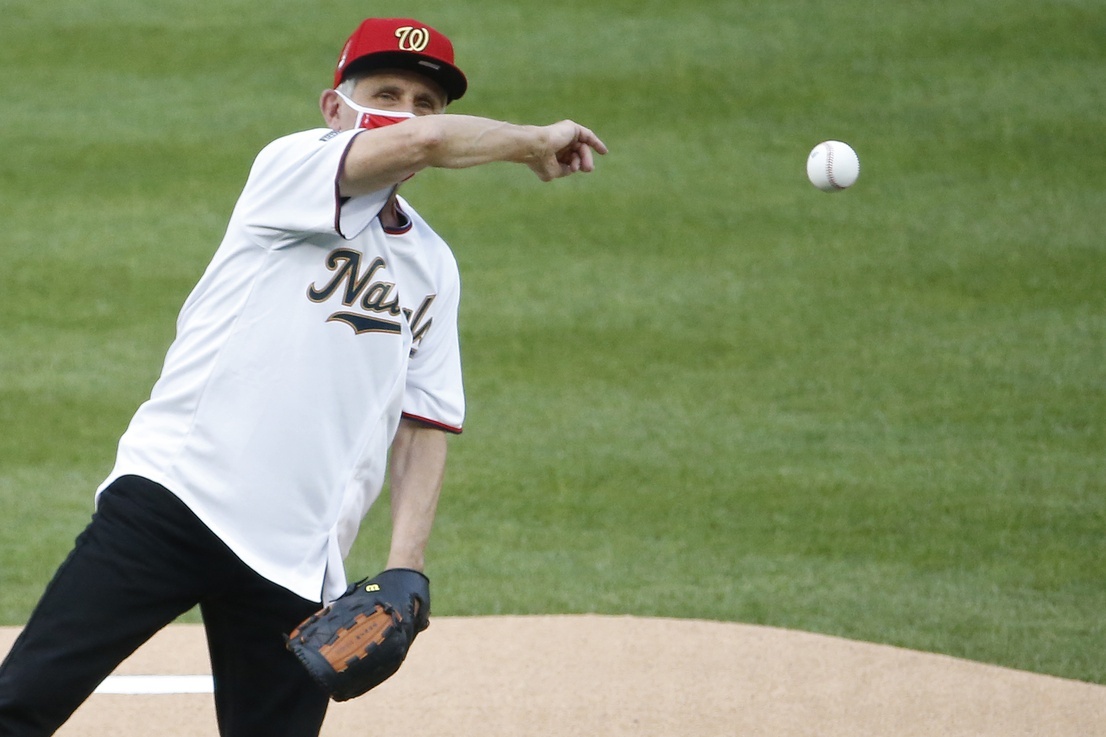 Pick the correct answers by 9 PM 9/29 for a shot at this guaranteed prize pool! All prizes will be distributed by 11 AM on 9/30. Where DraftKings determines there is a change in the participant(s) and/or team(s), DraftKings reserves the right to modify the relevant question to reflect the new participant(s) and/or team(s) or cancel the contest or portion of the contest, as the case may be, as determined by DraftKings. This pool allows 1 entry per person.

Let’s take a look at each question, and start to break down how we can best answer each to improve our odds of success.

When the candidates walk onto the stage, how will they first greet each other?

Anyone with either common sense or the sickness to search this question on google will pick “No Touching” due to the ongoing COVID-19 crisis. This article on CNN makes the answer plainly obvious, and there is no doubt how you should answer the question yourself. The 26% of people who won’t submit the correct answer are simply not going to take the time to look into this, and will be answering strictly as a guess.

Who will be the first to speak?

Again, this is a question where the answer may already be known. Assuming the book is referencing the actual order of questioning, the same CNN article referenced above suggests that President Trump will receive the first opportunity. I will expect that some people will try to research this and come to the same conclusion I have. Normally, you’d expect the distribution to be closer to 50/50 than this. In this case, the info being out there should skew it heavily towards the incumbent.

Who will say the word “China” first?

This is the first question in which there is a real debate on what the best answer is. The public has heard our commander in chief touting his opinions on “Gyna” all too many times, and that should be the most popular pick. One of the ongoing themes of the Trump campaign has been to paint the Former Vice President as weak on China and has taken to a strategy of blaming China for the COVID-19 crisis. This should be top of mind for most people who answer this question.

With that being said, it should be considered highly likely that debate host FOX News will want to tailor their questioning to favor the president. In this case, its possible to consider that they attempt to throw Biden under the bus with a carefully worded question. With this in mind, the game theory of the contest should be considered when making your selection. Play to win here.

Trump WANTS to connect the dots between the progressive policies of Bernie Sanders and the Democratic Nominee. They believe that this will paint Biden in a negative light. Tweets and statements like this have been everywhere throughout the campaign season.

Has anybody seen or reviewed the written “pact” between Bernie Sanders & Sleepy Joe. It is further left than even Bernie had in mind. Open Borders, crime, really bad to cops and military – The guaranteed destruction of America. Joe never told us this. Never been so CLEAR!!!

I think that this makes him the clear favorite to be mentioned first, and the public should be acting that way when they go to make their selections. I project “none” as the next most popular answer, and don’t see why we’d be getting a lot of responses for Klobuchar and Mayor Pete.

The under-valued players here are Warren and Bloomberg. Bloomberg notoriously face-planted during the democratic primaries and punted an absurd amount of money in the process. He has since switched gears to campaigning on behalf of Biden and pouring his fortune down this avenue of removing the President from office. He reportedly spent 40 million dollars on a TV ad buy in Florida a few days ago. This kind of thing could easily come up, likely through some kind of insult from the President. Elizabeth Warren is among the people who have advised Biden on policy, and her nearness to the socially progressive left could leave her name as something that could erupt from either candidate’s mouth.

This is the toughest call we’ve had so far, and I don’t think it’s horrible to play the chalk. Because all the prize money is up top, I’ll make a bet on “Mini Mike” and hope the President continues his longstanding love of both nicknames and verbal takedowns of the former NY mayor.

Who will be mentioned first by name by either candidate?

Social justice is a very hot topic nationwide, and the public should be more than well aware that Kamala Harris is the first woman of color nominated to become Vice President. This is certainly not the only reason for the public to lean in this direction when selecting Harris, but it is a very good one. I would estimate that the field is correct in their assessment that Harris is the favorite to be mentioned at all, but probably think its overvalued as being possible to be said first. I do think one of the candidates’ names will be said, but remember that the Coronavirus is a mortal lock to be discussed at this debate. And also remember who led the task force to combat at it when the crisis first emerged: Mike Pence. Technically I think neither could also be under-owned, but I’m not as confident in that.

The current Vice President should be closer in odds here to Harris, and ultimately gets my lean here.

Will Donald Trump say the exact phrase “Law and Order” during the debate?

The President loves a good catchphrase, and one of them that is central to his campaign is “Law and Order.” He’s tweeted just that phrase multiple times, used it in his nomination speech, and it a near mortal lock to use the phrase when asked about the violence and disorder surrounding some protests nationwide. I live in Pennsylvania and have been bombarded with campaign ads harping on the subject and attempting to tie a pro-police agenda to the incumbent. I assume Trump will go right back to the well here and this is chalk I cannot fade.

Who will be mentioned first by either candidate?

The health care law now branded “Obamacare” will be a likely topic of conversation, but that’s not the only reason Obama is the favorite in this spot to be chosen by the public. Joe Biden served under him for many years as VP, and is highly likely to reference that experience as means to justify his election. Hillary Clinton certainly has enough presence in the meta to garner a mention, but “neither” seems like a more likely scenario than to hear her name. Taking a 61% owned Obama is risky, but I have a hard time envisioning one of the other answers being correct myself.

This could prove to be my downfall, but I’m once again siding with the public here.

This is such a critical question because the answer is not clear at all. I think we just take the lowest owned, and the best chance of that seems to be choosing “nobody.” Trump has a bit of distance he’s creating between himself and good quality scientists of all types. Fauci is near the top of that list, and there is plenty of evidence to support him not wanting his brand tied to that of the CDC or NIH. I would expect he’s the least likely to say the name.

Side note: This is a great chance to show the Fauci first pitch blunder. Why? Because we should never forget how he “flattened the curve.”

Will Joe Biden mention his Corvette?

I have no idea why this question is here but here is the reference point:

There’s been a lot of talk about my vetting process lately. Here’s an inside look: pic.twitter.com/tFRKJOE3hi

If you can think of a reason to be talking about Joe’s corvette in one of the most serious debates this country has ever seen, more power to you. I’ll suggest “No” is a heavy favorite for good reason. Game theory suggests yes has value, but I can’t tell you I have any solid reason for thinking we’d hear about Joe’s dream car. If this debate was about how many special ladies Joe could pick up back in the day with the vehicle, I’d have a lot more confidence the former VP would drop a mention.

How many of his children will Donald Trump mention by name during the debate?

This one is pretty easy. The one Trump offspring who will actually be in attendance for this event is Ivanka, and for me that makes “1” the best choice. The fact that there are 5 options makes something in the middle pretty logical, but I don’t frankly have the time or patience to come up with better logic than what I just said. The President loves his daughter Ivanka for sure, and she’ll be right there in front of him with a lower than usual audience surrounding her. My regrets for not developing a deeper math equation to solve this riddle, but I’m banking on the President focusing on only what he can see right in front of him with so many other issues and strategies flowing through his mind during the debate.