FanDuel to Launch EPL Soccer in US

On the heels of launching English Premier League (EPL) contests in the UK in August, FanDuel announced today that it will start offering EPL contests for its American player base later this month.

Users have to be happy that FanDuel is finally adding a new sport to its NBA, NHL, NFL and MLB offerings. This is the first time in three years that a new sport has been added in the U.S. market. With this move, soccer fans are surely hopeful that more soccer leagues could be added in the future, too.

There is no information yet on FanDuel’s website about the scoring categories for soccer and it remains unclear if contest entrants from the UK will continue to compete in separate contests or would merge with FanDuel’s U.S. platform. In its press release, FanDuel did state that Friends Mode will be available for EPL later in the season.

FanDuel CEO Nigel Eccles had this to say about the soccer launch: “Our ultimate goal is for fans of all sports to experience what FanDuel has to offer. As we continue to enhance our core product, we look forward to giving the millions of US soccer fans access to the same game day excitement that bring other sports fans to our platform.” 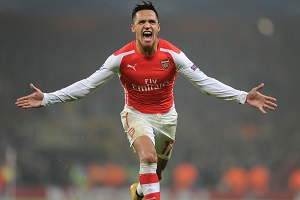 The soccer product will consist of eight-man rosters, composed of one goalkeeper, two defensemen, three midfielders and two forwards. Just like in the other sports, users will be required to build a team while staying underneath the salary cap. That cap will be $60,000.

The specifics of the scoring haven’t been announced, and the only information disseminated so far is that chances created and shots on target will be two of the scoring categories.

What does everyone think about this announcement? Could other sports be coming to FanDuel soon?

Leave your thoughts in the comments section below!