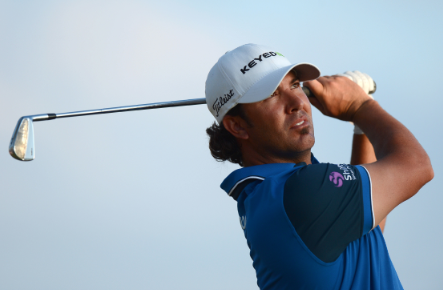 Recap WGC: Well, all four of the golfers I wrote about finished in the Top 10 last week. I thought Justin Rose (T8) would have a high finish but was too worried about the price. Michael Thompson (T8) was very surprising to me. He backed up his win much better than I had predicted. It’s not a shock Tiger won the event, but with his high price, not many people had him in lineups so it didn’t hurt that he won.

The two I went with in the blog, Keegan Bradley (7) and Peter Hanson (T8) had strong showings in my lineups and Hanson wasn’t picked as much as I thought he would be, so that turned out to be beneficial. However, those were the only bright spots in my lineup. Looking back, I wouldn’t change any golfers except Robert Garrigus. Whether his wrist was a factor or not, I don’t know, but Charles Howell was around the same price and I could’ve easily changed to him with the uncertainty in Garrigus.

The PGA Tour continues its Florida swing in Palm Harbor this week at the Innisbrook Resort, Copperhead Course. Check out the DraftStreet Review for a breakdown on Daily Fantasy Golf scoring. It will be playing 7340 yards to a par 71. The weather will be perfect, but the winds are expected to change directions throughout the week. This could favor past players at this event who are used to the various conditions. This is mainly beneficial to look at when picking lineups in European events such as the British Open, but along the coast and in Texas I make sure to glance at the wind. Last year Luke Donald won a 4-way playoff over Jim Furyk, Robert Garrigus, and Sang Moon Bae to capture not only the title, but the no.1 spot in the World Golf Rankings. The cut came in at -1 on Friday and scores were relatively good over the weekend. With a full field this week, it will be imperative to have 5 or 6 golfers make the cut. Let’s take a look at a few:

Golfers to Make the Cut this Weekend

Robert Garrigus ($18,628): As state above, Garrigus was a runner-up here last year. Until last week, Garrigus’ worst finish this year was a T22 at the ATT Pebble Beach Pro-am. This stretch included two top 10s and two more top 20s. He hurt his wrist at the WGC Match Play on the first hole but said it wasn’t a problem and ended up giving Kuchar a decent match. However, he withdrew from the Honda and finished dead last in the WGC Cadillac Championship last week. Wrist injury or not, something is wrong with Garrigus and it’d be too risky to take him now.

Scott Piercy ($18,998): Piercy is my pick to win this week. He has two top 10s this year and three more top 25s with the last being at the WGC Cadillac Championship. Piercy has only missed one cut this year which was back in January at the Humana. He finished T5 last year at this event.

Charlie Beljan ($12,236): Beljan has had an up and down year, with most of it being down. At the Tournament of Champions, he posted a T23 in the small field. He did lose in a playoff at the Northern Trust Open, but other than that he has missed 5 of 6 cuts. Beljan does not rank in the Top 40 in any major stats this year and in a full 156 man field this week, there are plenty other lower priced guys to choose from.

John Rollins ($13,167): I have finally moved past a final round, final hole double bogey at the Humana that cost me a big win and will try to ride him this week. Rollins has made five of six cuts this year with four top 25s. At this time last year, he was in the middle of a four out of five missed cut streak which included this tournament, but in 2011 he managed a T20. It is a bit worrisome Rollins missed the cut at the weak Puerto Rico Open but he shot -2 over the first two days with the winner finishing the week at -20. Tournaments like that turn into a putting contest and whoever has the hot hand that week finished high on the leaderboard. For that reason, I’ll try him with a price barely over $13k.