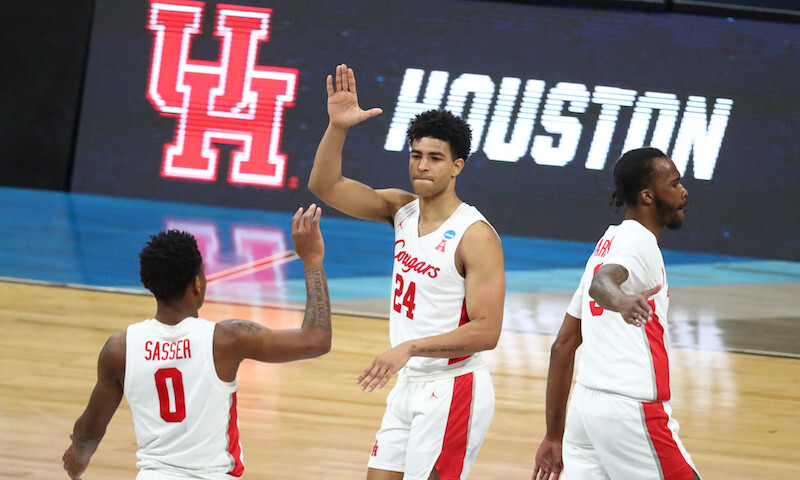 64 teams have packed their bags, and now only four remain. The Final Four officially tips off at 5:14 ET, beginning with a Lone Star shown in Indianapolis. Here’s a Final Four betting preview, with odds and more NCAA tournament picks for Baylor vs. Houston.

19 years after his first Final Four appearance with Oklahoma, Kelvin Sampson has returned to the biggest stage in college basketball. He has also helped a historical college basketball program, the University of Houston, return to national prominence.

Opposite of Sampson Saturday night will sit Scott Drew. Drew took the Baylor job in 2003 to rebuild a program that had previously been shattered with scandal and torn apart by literal murder. Fast forward nearly two decades and Baylor, with Drew’s leadership, is in the Final Four for the first time since 1950.

The dance will end for one of these teams Saturday, but for who and—more importantly for betting purposes—by how many points?

Sportsbooks opened Baylor as 5-point favorites, which is where the spread remains as of Friday evening. The Houston-Baylor betting line hasn’t budged despite nearly 70% of bets being placed on the Bears. The same can’t be said for the total, which has fallen from 135.5 to 134 even though 70% of bets are on the over.

So college basketball bettors love Baylor and over — can you blame them? Drew’s program has only lost six times in their last 58 games, this while playing in of the toughest conferences in college basketball. In terms of covering the spread, Baylor has been excellent as well. This season, they are 17-10-1 ATS, covering at a 62.5% clip for a +5.45u return (based on 1 unit bets). Siding with the Over in their games has been wise, too. Baylor and their opponents have combined for more points than their projected total 60.7% of the time this season.

But when it comes to making money for college basketball fans, Houston has been even better. The Cougars entered the season with high expectations, which they have exceeded. Houston is 21-10 ATS, winning +9.09 throughout the year. However, oddsmakers have had their game totals pegged, as the Over/Under is 15-16.

Both teams can’t cover the spread, though, and it’s clear there’s a healthy dose of skepticism when it comes to the Cougars. The trepidation largely stems from Houston’s strength (or lack thereof) of schedule. With a shortened non-conference schedule due to Covid-19, followed by conference play in the AAC, the Cougars played only one top-30 ranked team, according to KenPom. Their road to the Final Four was just as smooth. Houston has faced a 15-, 10-, 11-, and most recently a 12-seed en route to their matchup with Baylor. With the exception of Rutgers in the second round, Houston didn’t stumble against their inferior opponents.

Say what you want about Houston’s SOS — this team can play. They rank 7th and 8th, respectively, in adjusted offense and defense. They know how to rebound, play suffocating defense, and rarely turn the ball over.

That second part is key against a Baylor team that is no. 3 in offensive efficiency and has hit at a ridiculous 41.1% clip from behind the arc. No team in college basketball has a higher three-point percentage than the Bears. The good news is Houston can defend from inside the paint and on the perimeter. They’re holding opponents to 29.2% from downtown and 42.9% elsewhere. Combined the Cougs’ defense is no. 1 effective FG% (43.3). Unsurprisingly, their defensive prowess also produces blocks (14.6%, no. 10) and steals (11.9%, no. 13) at an intimidating rate.

KenPom thinks this is going to be a one-point game and I’m inclined to agree. Houston’s defense keeps them in the game even when they aren’t scoring points, and their dominance on the glass gets them plenty of second-chance points when they’re missing baskets. It might not be the recipe for an outright upset but it is enough to cover. Take the points. If you’re betting on Houston, head to BetMGM to get the extra half-point.