This week’s Monday schedule is a little smaller than usual, so it’s going to be important to find a couple of good sleepers so you can load up on the studs. I’m going with some DraftStreet picks today, but most of these guys are useful on the other sites as well. Good luck tonight. 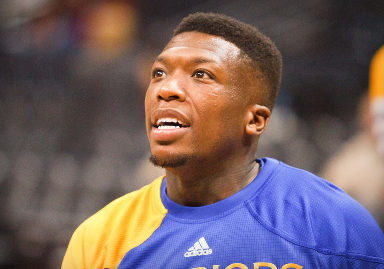 CJ Watson, CHI ($9028) – Derrick Rose is still dealing with a groin injury and the Bulls could choose to hold him out again tonight. If Rose is out, CJ Watson should get the start at PG. Watson has put up 25, 9 and 19 DraftStreet points in his last three games starting for Rose.

Nate Robinson, GSW ($10,089) – Stephen Curry is out with more foot and ankle problems and Robinson looks like he’s going to lead the Warriors the rest of the way this season. He’s averaged about 37 minutes a game over his last three while posting 17 points, 7 assists and 4 rebounds in those three games.

Kirk Hinrich, ATL ($6492) – Hinrich has been seeing big minutes for the Hawks, averaging nearly 40 minutes a game over his last five. He’s going to have some off nights, but he should get you at least 12 points, 4 assists and 3 rebounds.

Arron Afflalo, DEN ($9561) – Afflalo has settled in nicely as the starting shooting guard for the Nuggets and has really improved from his early season performance. He’s got a good matchup against a really slow Vince Carter and should be able to post a solid line.

Gerald Green, NJN ($6881) – Green has been seeing 25+ minutes for the Nets and has scored in double digits in each of his last five games. New Jersey has a home game against the weak Cavaliers, so Green should be able to put up enough fantasy points to earn his low salary.

Klay Thompson, GSW ($8925) – It looks like the Warriors are completely committed to Thompson after trading Monta Ellis. Thompson has responded well posting 22, 26, 25 and 23 DraftStreet points in his last four games. He’s a must play tonight at home. 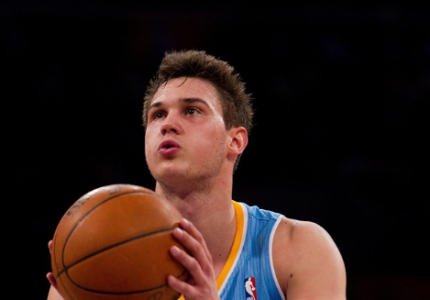 Dorell Wright, GSW ($10,186) – Wright has finally found last season’s magic and has been on fire over his last five games posting 31, 27, 23, 29 and 29 DraftStreet points. Look for the Warriors to continue to ride the hot hand with Wright.

Danilo Gallinari, DEN ($10,118) – Gallinari has been back for seven games after missing over a month with an injury. He’s averaged 34 minutes over his last three games and looks to be returning to pre-injury form. He had his best game Saturday going for 27 DraftStreet points and this could be the start of a good stretch run.

Kenneth Faried, DEN ($11,427) – The Nuggets recently traded Nene and it appears that they are happy to go with Faried at center. Faried had a monster game Saturday going for 42 DraftStreet points and he’s got an even better matchup tonight against Dallas.

Bismack Biyombo, CHA ($10,325) – The Bobcats have decided to give Biyombo all the minutes he can handle since they are not going anywhere this season and he’s made a huge improvement with the experience. He should be a great daily option next season and continues to offer a solid return this season. He’s averaging 30+ minutes a game over his last eight games and has a few big games of 30, 29 and 40 DraftStreet points in that eight game run.

Michael Beasley, MIN ($7543) – Beasley is an interesting gamble tonight at a fairly low salary. He’s had some recent injury problems, but he got 26 minutes of run in his last game and he’s got a decent matchup against the Warriors. Big risk, big return with Beasley.

Ian Mahinmi, DAL ($7787) – Center is pretty thin tonight, so it’s probably best to spend some money on a top tier option. If you decide to go cheap, Mahinmi should get the start tonight with Brendan Haywood out for at least the next five games. Mahinmi should get about 30 minutes of run and get you around 20 DraftStreet points.

Zaza Pachulia, ATL ($10,778) – Pachulia has been playing some great basketball and has put up an impressive five game run of 27, 22, 24, 32 and 25 DraftStreet points. He’s got a home game tonight against the Celtics and should post at least 20 DraftStreet Points.