About the Writer: In addition to a full time job as a software product manager, Alex Zelvin works part time for Fanduel.com (Zoobird on FanDuel) and co-owns Dailybaseballdata.com 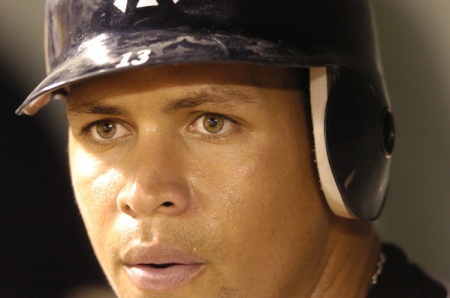 I’m going to share my lineup selections for MLB playoff contests covering Friday (October 8th) and Saturday (October 9th). Not all sites will combine these two days into one contest period, but some (like Fanduel) do at the suggestion of legally cautious lawyers. Lineup selection also tends to be a bit more interesting with 8 teams to select from than with just 4 teams.

Picking a playoff lineup can be frustrating. The pitchers are all pretty good, so none of the match-ups look particularly enticing. Most of the hitters are good too, so I often find that my preferences are less strong than in regular season contests.

That said, there are still differences in the quality of various picks. Here are my preferences at each position for October 8th and 9th using Fanduel’s scoring system.

P – Roy Oswalt. The lines offered by Sportsbooks are usually a good place to start when selecting a starting pitcher. The Phillies are fairly heavily favored (-189 when I checked) in this game, and the totals line is 7 runs. In other words, they’re expected to win a low scoring game. Oswalt is often able to pitch relatively deep in his games, allowing him to accumulate more points for innings pitched and for strikeouts, and giving him a better chance of sticking around long enough to be credited with the win.

C – Joe Mauer. This is more about Mauer being a superior player under scoring systems that penalize strikeouts, and less about his match-up. McCann, Posada, and Ruiz are all reasonable alternatives in these games if you don’t have the budget to afford Mauer.

1b – Mark Teixeira or Ryan Howard. I have them ranked in a virtual tie today. Howard benefits from playing at home in a hitter’s park. On the other hand, he always fares poorly in scoring systems that penalize strikeouts. If you’re playing on Snapdraft, he’s the clear standout at first base today. Teixeira generally does a little better under Fanduel (and FSL’s) scoring system and arguably has a slightly easier opposing pitcher.

2b – Chase Utley. Utley is my top ranked hitter overall today, although Cano and (to a lesser extent) Kinsler rank highly too. Utley has the same advantages as Howard, while benefiting from his lower strikeout rate.

3b – Alex Rodriguez. This one isn’t close. He’s the best hitter (by far) among the remaining third basemen, and has a reasonably easy opposing starting pitcher. I have Polanco as a distant number two, if you’re looking for a less expensive option.

LF – Carl Crawford. My rankings tend to undervalue Josh Hamilton relative to what others think. That’s likely an indication that the projections I base them on don’t discount his 2009 season due to injury enough. I’m still very comfortable going with Crawford today though.

CF – Shane Victorino. Can’t really imagine why anyone would pick another center fielder today (other than his price). Good player, good situation.

RF – Vlad Guerrero. Texas at home is always a good starting point. While Garza is a strong opposing pitcher, Guerrero is still good enough to play here. Some might prefer Cruz (and in Snapdraft I’d agree with them), but Guerrero’s lower projected strikeout rate makes him my choice.