Hello Grinders, and welcome back to the chaotic world of NBA daily fantasy basketball as the Association heads out west to Las Vegas to showcase the league’s best up-and-coming young talent in an 11-day competition that will span from July 7-17.

Depending on your level of degeneracy, the three-week stretch without NBA daily fantasy contests on DraftKings and FanDuel (if they do end up deciding to post Summer League contests in the lobby, that is) was far too short or far too long. But let’s be honest, if you’re reading this, you likely fall in the category with the latter.

If you’re not already a subscriber to the RotoGrinders COMBO package, be sure to upgrade your subscription or purchase NBA Premium separately to gain access to LineupHQ and the same trusted projections you’ve come to know and love during the NBA regular season and playoffs. NBA Premium will also include preseason access which, believe it or not, starts in less than three months.

The goal of this article will be to familiarize you with the NBA 2K23 Summer League rules and format, set appropriate expectations for the information scarcity and added variance of Summer League DFS, and take a brief look at a few under-the-radar players to watch throughout the tournament. 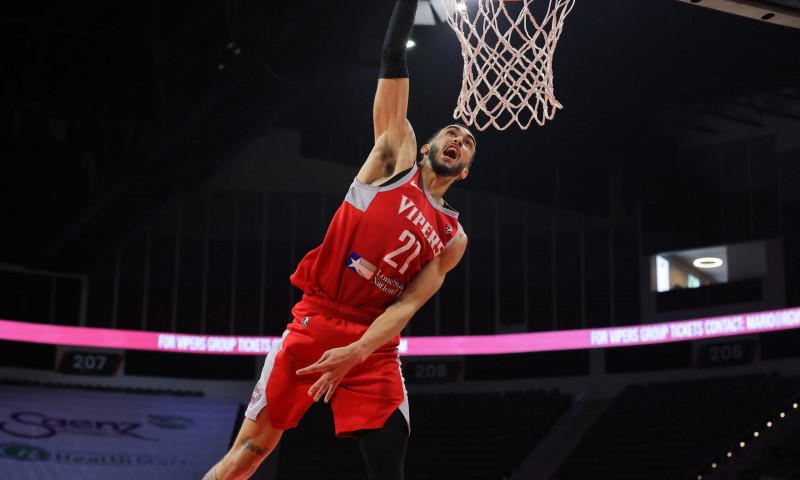 1. Two Teams Tied. In the case of a tie in preliminary round records involving only two teams, the following criteria (in order) will be utilized:

2. More Than Two Teams Tied. In the case of a tie in preliminary round records involving more than two teams, the following criteria (in order) will be utilized:

As we briefly touched on in the introduction of this article, the lack of injury reporting, starting lineups, and just general information from team beat reporters in Las Vegas is something to be prepared for if planning on playing Summer League DFS seriously over the next week-and-a-half. The best way to combat this added volatility is to be active on a regular basis in the RotoGrinders NBA Premium Discord channel as RG analysts and fellow subscribers will attempt to crowd source as much available information as possible from Twitter that may affect projections or alter the general outlook of a particular slate.

While this theoretically should create an edge for plugged-in daily fantasy players, it’s still vital to embrace the increased variance of Summer League and mentally prepare for potential late-breaking news that we may or may not be able to properly account for in our lineups prior to a game’s lock time. Additionally, with games usually spread out over the span of several hours, it will be crucial to take advantage of late swap and maximize lineup flexibility by putting players from the later games in the G, F and UTIL spots on DraftKings.

It’s relatively simple to group Summer League players into four distinct categories; the “Too Good to Be Here” crowd (i.e. Cade Cunningham), the 2021 and 2022 first-round picks, the undrafted free agents and league veterans vying for NBA roster or two-way contracts, and finally, the Exhibit 10/Summer League invitees that are realistically just hoping to find their way on to some team’s G-League affiliate for the upcoming season.

For this preview, I’ll try to highlight three players that have realistic chances to play key roles for their teams in Las Vegas that don’t fall in the more obvious TGTBH and high draft capital tiers mentioned above.

It remains to be seen if Queen will be ready for the Sixers opener in Las Vegas, but assuming his reconditioning program progresses well over the next few days, the reigning G-League MVP is primed to be an important piece for the summer Sixers and potentially the big club with Isaiah Joe increasingly looking like the odd-man out of the current roster crunch, barring any potential trades, with his non-guaranteed contract for 2022-23 season. As for Queen, he was a certified bucket-getter in the G-League with the peripheral statistics to match, averaging 25.3 points, 6.7 rebounds, 5.2 assists, 3.2 steals, and 1.0 blocks per game last season.

It was a surprise to many NBA draft pundits that Harper Jr. went undrafted out of Rutgers, but the son of former NBA player Ron Harper opted to sign a two-way deal with the Raptors and appears to have a real chance of cracking Toronto’s main roster at some point this season if he’s able to impress with his presented opportunities, beginning here at the NBA 2K23 Summer League. Harper profiles as a two-way wing at the NBA level, but the diluted talent level of Summer League could allow him to show off a more diverse offensive skillset to go with his potentially elite shooting, as he shot 39.8% on 5.3 attempts per game in his final collegiate season.

Hardy was projected as high as a late-lottery pick in the 2022 draft by some draft experts, but a disappointing shooting season as a member of the G-League Ignite caused him to slide all the way to the second round and the 37th pick overall. Still, Hardy has the pedigree of a top-five recruit coming out of high school and should be given every opportunity to be a primary offensive creator for the summer Mavericks as Dallas looks to fill the void left by Jalen Brunson, who signed with the New York Knicks on the first day of free agency last week.