With the NBA shut down for a few more days, the NHL presents us with a rare, busy Monday night of hockey. We have a fantastic eight-game slate on the tap tonight, making the start of the week a lot more exciting.

The Winnipeg Jets and Colorado Avalanche are the biggest favorites on the board and should be popular tonight, while the Tampa Bay Lightning are the only team playing on consecutive nights. 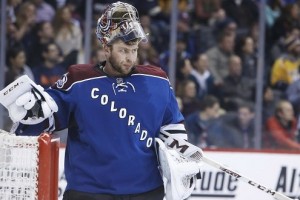 Semyon Varlamov, Colorado Avalanche – Colorado has played pretty poorly defensively this season and despite that, Varlamov has still posted solid numbers (2.61 GAA, .921 SV% with 4 SO) on the year. Varlamov has been outstanding since the beginning of January and he seems to play better when he is peppered with shots. The 26-year-old Russian has a rare favorable matchup tonight versus the Arizona Coyotes and I expect him to continue his strong play. The Coyotes will throw enough shots on goal to keep Varlamov busy (29.5 shots per game), but they are not a team that finishes well, ranking 27th in goals per game (2.23) this season. Look for 25-plus saves and a win tonight from the Colorado goaltender.

John Tavares, New York Islanders – Tavares broke out in a big way Saturday night versus the Columbus Blue Jackets, tallying two goals, two assists, a +4 rating and nine shots on goal. The Islanders are not only one the NHL’s best teams on home ice (20-6-0), but they are also one of the most explosive offenses in the league. In the “Battle of New York” this season, the Islanders have dominated this series, defeating the Rangers in all three meetings by a total score of 13-4. Look for Tavares to remain hot tonight versus Cam Talbot and the Blue Shirts. 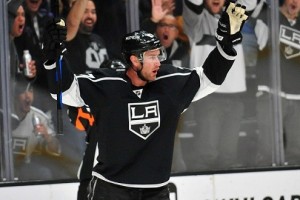 Jeff Carter, Los Angeles Kings – Carter has been smoking hot in his last three games, registering six points, a +4 rating and a whopping 15 shots on goal. The Tampa Bay Lightning are not normally a team to target against, but they are not the same team away from home and are playing road games on consecutive nights. The Kings are studs on home ice (18-6-6) and Carter continues to put up fantastic numbers (12 G, 33 PTS, +17, in 30 GP) at the Staples Center. Look for Carter to make it a four-game scoring streak after tonight.

Zach Parise, Minnesota Wild – After a mini-slump, Parise has now scored in consecutive games, adding six shots on goal in the process. Parise is one of the NHL’s best snipers and he is very moderately priced. The Minnesota Wild are 8-0-2 in their last ten games, while the Vancouver Canucks have allowed 25 goals in their last eight games. Parise and the Wild are firing on all cylinders and I don’t expect that to change tonight in Vancouver. 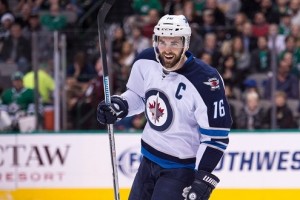 Andrew Ladd, Winnipeg Jets – The Jets’ top line of Andrew Ladd, Bryan Little and Blake Wheeler has been one of most consistent in the NHL this season and they have big GPP upside. The Oilers were shelled by the Ottawa Senators 7-2 on Saturday and have now given up the second-most goals per game (3.30) in the league this season. Edmonton has been abysmal on the road this year (7-16-7), and they likely just want to go home after their long six-game road trip which ends tonight in Winnipeg. Ladd has been a beast on home ice throughout his career and I expect that to continue tonight against the Edmonton Oilers.

Gabriel Landeskog, Colorado Avalanche – Landeskog has recently picked up his offensive game, scoring in back to back contests while adding six shots on net. Playing on Colorado’s top line with Nathan MacKinnon and Ryan O’Reilly as well as the Avs top powerplay unit, Landeskog should be able to keep rolling tonight in a plus matchup versus the Arizona Coyotes. The Desert Dogs are one of the weakest defensive teams in the NHL, allowing 32 shots per game and ranking 28th in goals against per game (3.23). Landeskog is inexpensive and in a great spot to produce tonight. 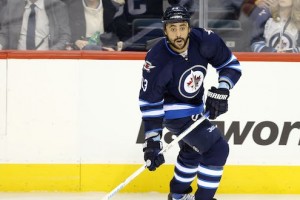 Dustin Byfuglien, Winnipeg Jets – Byfuglien is riding a four-game point streak, producing two goals, seven points and 18 shots on goal along the way. Byfuglien has been an offensive machine this season for the Jets (14 G, 40 PTS, 178 SOG in 58 GP) and he should only add to those totals tonight against this weak Oilers squad.

Travis Hamonic, New York Islanders – Hamonic has been very impressive since taking over as the Islanders’ powerplay quarterback. In his last five games he has racked up five points, nine penalty minutes and a +7 rating. As long as he continues to man the point on the top powerplay unit, Hamonic is in play on a nightly basis.