It is a huge Thursday in the NHL DFS world this evening with the largest slate of the week. The season is winding down and teams are battling for playoff spots and playoff seeding, so make sure you take a look at the standings as you set your lineups.

Before we dig into today’s daily plays, let’s examine what the current Vegas lines are telling us. Any astute daily fantasy player must be in tune to Vegas lines and over/unders as “they” always know more than we do. Our job is to interpret what these numbers mean so that we can use them in populating a DFS lineup on your favorite site. In looking at the Vegas lines, the heavy favorites are the Capitals (-192 home against the Devils), the Canucks (-185 homes against the Avalanche), the Penguins (-180 at the Hurricanes), the Panthers (-165 at the Maple Leafs), and the Lightning (-160 home against the Predators). Of the twenty-two teams in action, only the Avalanche are playing on back-to-back nights. This is good news as most top goaltenders should be in net today. That said, similar to NBA DFS, there will be times when we will make lineup decisions based off of which teams are the most rested. 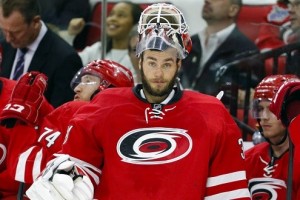 Eddie Lack – Vancouver Canucks – The 27-year-old Swede has had a fantastic season leading the Canucks with Ryan Miller on the shelf. Lack’s 14-10-3 record is not reflective of how well he has played, as he owns a .920 SV% and a 2.42 GAA. Lack’s Canucks are the heaviest favorite according to Vegas tonight and are skating on home ice against an Avalanche team that is playing on back-to-back nights and has lost three games in a row. On the other hand, the Canucks have played excellent hockey behind Lack this March, having won three in a row and five of their last six games. With the tenth-fewest goals per game this season (2.56 G/GP) and the fourth-fewest shots per game (28.2 S/GP), Lack is a solid play tonight especially given his salary and the fact that his Canucks should have no trouble scoring tonight against the Avalanche. Tonight is a strong night for goaltenders, so the cash game plays below are also in play in order of preference. 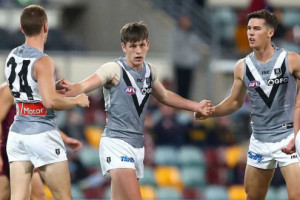 Henrik Zetterberg – Detroit Red Wings – As -160 ML favorites on home ice tonight against the visiting San Jose Sharks, the Red Wings could use a nice offensive boost tonight after a brutal 5-4 OT loss two nights ago at the hands of the Arizona Coyotes. March has not been kind to the Red Wings, who have won just four of eleven games. But the team’s first line and first power play unit center, who was forced to pick up his game with Pavel Datsyuk on the shelf, does have twelve points this month. With Gustav Nyquist and Justin Abdelkader as his wings on the first PP unit, Zetterberg and the NHL’s top PP (24.9% conversion rate) should score at least one goal on the man advantage against the Sharks, who own the seventh-worst penalty kill unit (79.1% kill rate). While the Sharks have not given up a shorthanded goal in their past three games, the Wings’ PP unit is cruising along with PP goals in three straight games and in nine of their last ten games. On home ice, Zetterberg’s line will produce tonight. 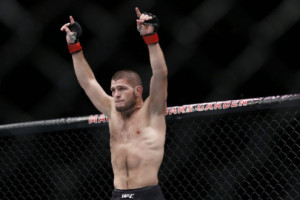 Radim Vrbata – Vancouver Canucks – The price point on Vrbata is still below what it should be on FD, and at $6.7K, he should surpass value tonight in another offense environment that you will want exposure to, especially in your cash games. The right winger who skates with Chris Higgins and Nick Bonino on the team’s second even strength line and with Daniel Sedin and Henrik Sedin on the team’s first power play unit, has registered at least two points in three straight games. With three goals and three assists over his past three games, Vrbata is one of the hottest skaters in the NHL right now and get to face an Avalanche team that suffered a tough loss in Edmonton last night and is now giving up the ninth-most goals per game (2.75 GA/GP) and the fourth-most shots per game (32.9 SA/GP). Vrbata and his linemates, whether it be Bonino or the Sedins, should have no trouble putting up two goals tonight against the Avs, who are playing in a getaway game and will be looking forward to a game against the Sabres in two days. 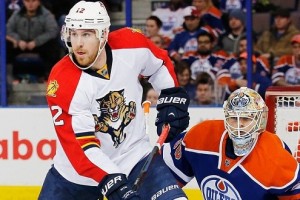 Jimmy Hayes – Florida Panthers – The Panthers’ second-line right winger, who skates with Brandon Pirri and Vincent Trocheck, has been one of the best value plays this season, especially on DraftKings where his price is just $3.7K. On FD, Hayes is only $4.3K, but he had struggled through late February and March and he finally looks to have broken his goal-scoring drought with a goal this past weekend. Tonight, Hayes’ Panthers are in Toronto in another expected high-event environment. With the Leafs in a freefall having lost six in a row and nine of their last ten games, and the Panthers looking to earn a berth in the playoffs, Florida should be able to take advantage of a Leafs team that is giving up the third-most shots per game (33.3 SA/GP) and the fourth-most goals per game (3.16 GA/GP). While the Panthers have a poor PP unit, their second PP unit consisting of Hayes, Pirri and Brad Boyes should be the line that puts a goal past the pitiful Leafs’ goaltending on the road with the first line likely being tied up in a poor attempt to stop goals. 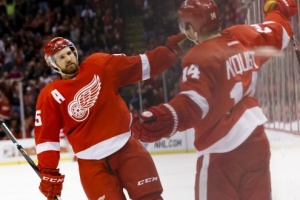 Niklas Kronwall – Detroit Red Wings – This suggested play will be a game-time decision tonight as he was scratched with a lower body injury on Tuesday against Arizona for what the team’s GM indicated was for “precautionary purposes”. If Kronwall is good to go tonight, he immediately becomes one of the top D-men in play against a Sharks team that has dropped two in a row and four of their last five games. In fact, in their last three road losses, the Sharks have scored an average of just 1.33 G/GP and are now giving up the eighth-most goals per game in the NHL (2.75), and also own the seventh-worst power play in the league (79.1% kill rate). Contrast this to the Wings, who now have the top power play in the NHL, and will be quarterbacked by Kronwall who sees time on the top PP unit with Teemu Pulkkinen. At just $4.3 on FD and $3.9K on DK, Kronwall is the perfect value play at D on a night where you will want to pay up for your forwards. If Kronwall is unable to go, fire up his teammate Jakub Kindl who should replace Kronwall on the top PP line. 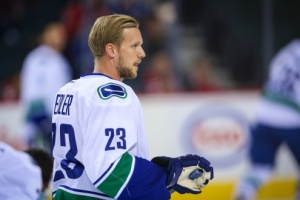 Alexander Edler – Vancouver Canucks – Despite being held without a shot two nights ago, Edler continued his three-game point streak against the Jets with an assist and now has five points (2 Gs, 3 As) in his last five games. As noted above, the Canucks are the second heaviest Vegas ML favorites on the night and host an Avalanche team that has dropped three straight games and has given up at least one point to opposing defensemen in four straight games. In a game with a -145 line to hit the over of 5.0 goals, you will want a few players from the home team in your lineups, and with the Avs’ showing vulnerability to opposing offensive-minded defenseman, lock in the first power-play unit D-man and expect at least one assist and a handful of shots.