Want to know who you should build your NFL lineups around each week? Derek “Notorious” Farnsworth, one of the most legendary daily fantasy sports players around, will focus on his core picks in this weekly in-depth feature for Premium subscribers.

It was a strong week for the core plays in the divisional round outside of recommending Tyreek Hill over Travis Kelce. That obviously took a huge dent out of my winnings, but it was still a profitable week. At this point, I don’t want to the playoffs to end. The last two weeks have been my most profitable of the season.

Given the fact that there are only two games on the schedule this week, I’ll list my four core plays as usual and then give my thoughts on each of the showdown slates. To be honest, I actually prefer each of the showdown slates over the main slate. Having the captain, kickers, and cheap punts available gives you so many options compared to eating a lot of chalk in the two-gamer. 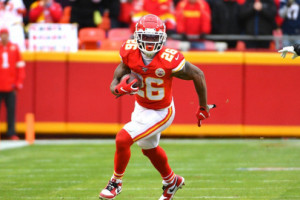 About half the field last week thought it was a good idea to fade Williams. I don’t know if they thought LeSean McCoy was going to have a bigger role or what, but Williams is the guy they have leaned on in the playoffs each of the last two seasons. Against the Texans, he played on 97% of the snaps, handled 57% of the rushing attempts, and saw 17% of the targets. He parlayed 14 touches into 68 yards from scrimmage and scored three touchdowns. Since returning from injury, he’s been a touchdown machine and we can essentially project him for 90% of the running back touches this week against the Titans.

While the matchup doesn’t look great on paper (Titans are ranked 10th in DVOA against the run and 10th in defensive adjusted line yards), they have allowed the 10th most receiving yards and the third most receptions to running backs. Williams might be the best pass-catching back left in the playoffs and he’s going to be heavily involved regardless of the game script. If anything, we can expect a few more carries this week, as the Chiefs were forced to abandon the run for a couple of quarters after falling behind 24-0 against the Texans. When you factor in salaries, Williams is my favorite play of the slate. 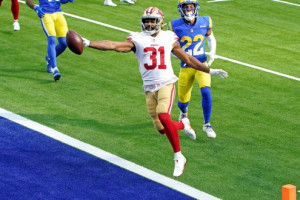 Writing up Mostert as a core play makes me a little queasy, but that’s where roster construction is taking me this week. I certainly don’t mind Derrick Henry in a great matchup against the Chiefs, but game script could lead to a different game plan for the Titans. The Niners are tough against the run and have held enemy backs to the second fewest receiving yards this season, which makes Aaron Jones a risky option on the road. Instead, I’ll side with a running back that only played on 34% of the snaps last week. After the game, the Niners said that he was dealing with an illness that caused him to be dehydrated, which caused him to cramp up a number of times during the game.

Tevin Coleman looked great last week and he’ll get the first crack at the “hot hand” approach the Niners like to use at running back, but Mostert is all but guaranteed to have a bigger role this week. He seems over the illness and let’s not forget he established himself as the RB1 in this offense in the second half of the season. The Niners have a great matchup on the ground against the Packers, who are ranked 31st in defensive adjusted line yards and 23rd in DVOA against the run. Meanwhile, the Niners’ offensive line has one of the best run-blocking grades in football. Essentially, I highly recommend taking Mostert or Coleman this week. I’ll side with Mostert since he’s cheaper and could end up being lower owned. 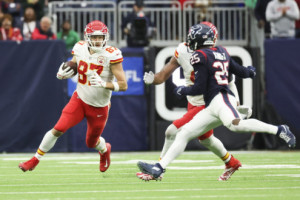 I talked about the two tight end strategy a bit last week and I ultimately thought it would be the chalky lineup construction. I underrated how gross is feels putting a tight end in the flex. Kelce and Kittle ended up having lower ownership than I expected and very few lineups features both players. I really hope that’s the case again this week, because they are my favorite two wideouts of the slate. Kelce was basically unstoppable against the Texans, catching 10-of-12 targets for 134 yards and three touchdowns. In my humble opinion, he has a much safer floor than Tyreek Hill and just as high of a ceiling on a week-to-week basis.

You can chalk Kelce’s big outing up to a nice matchup, but the Titans are just as bad at defending tight ends. On the season, they have allowed the eighth most schedule-adjusted fantasy points to the position. Given the price hike and the recent trend of DFS players fading the player coming off the big game, Kelce’s ownership could be a lot lower than most people expect. It’s tough to build lineups for a two-game slate and paying over $7,000 for a tight end (on FanDuel and DraftKings) isn’t something that I expect many to do. Even better, pair him up with Kittle for a truly unique roster construction. 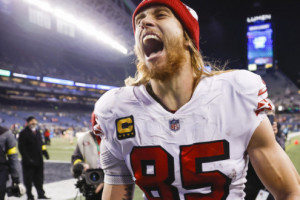 Kittle was a fairly popular play last week and I was lucky enough to avoid him in my main lineup. While he has the skill set to overcome any matchup, Jimmy Garoppolo wasn’t forced to air it out much in the second half. In fact, he only threw the ball 19 times the entire game, which was his fewest pass attempts of the season. As noted above, I still expect the Niners to have success on the ground, but they can also beat the Packers through the air.

This is a significantly better matchup for Kittle, as Green Bay is ranked 17th in schedule-adjusted fantasy points allowed to tight ends (Vikings were top five). In their Week 12 meeting, Kittle caught all six of his targets for 129 yards and a touchdown. His price has come down across the industry and he’s primed for a massive game. I expect the Packers to keep this game competitive, which bodes well for the Niners’ passing game in general. 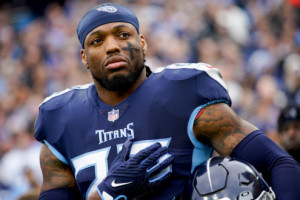 Showdown strategy all depends on the type of contest you are playing in. For large-field tournaments that feature 10,000+ entries, I generally don’t use a quarterback as my captain unless they have rushing upside. The thought process behind that is pretty simple — if a quarterback has a big game, one of his wideouts will likely crush and on full-PPR scoring, it’s generally more valuable. We saw Mahomes rush for a season-high 53 yards against the Texans last week and he clearly has the highest median projection of any player in these two games. He’s viable as the captain for all league types.

If you aren’t going Mahomes at captain, I would strongly recommend getting another player with 20+ fantasy point upside. That list includes Damien Williams, Tyreek Hill, Travis Kelce, and Derrick Henry. I expect the popular build to be a Chiefs’ onslaught with at least four players from Kansas City. You can easily differentiate by targeting three Titans, although their plays are a bit thin after Henry. Tannehill is cheap, Brown has upside, and I don’t mind targeting the sub-$1,000 tight ends (Anthony Firkser or MyCole Pruitt). Due to a lack of value, it might only take one catch for them to show up in the optimal lineup.

The Titans rarely kick field goals and are underdogs in a stadium that’s tough to kick in (plus it will be 20 degrees). We can also avoid their defense, as they will have a hard time racking up fantasy points against Mahomes and this potent offense. On the other side, Harrison Butker is firmly in play. The Chiefs have the highest implied total of the four teams in action and Butker has plenty of experience kicking in Kansas City. The defense is also viable if you think they will be playing from ahead. We have yet to see the Titans be forced to air it out in the playoffs. 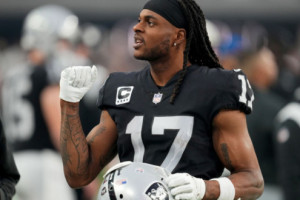 I’ve narrowed down my captain selection for this game to two choices — George Kittle and DaVante Adams. The thought process is that if Aaron Rodgers has a big game, Adams will have to be heavily involved. It’s not necessarily the same for Jimmy Garoppolo and Kittle, but it’s highly likely. I’m not a fan of the matchup for Aaron Jones and I don’t want to trust the Niners’ timeshare in the backfield when it comes to the captain spot. In showdown, you have to predict how the game is going to play out. If you like the Niners to roll, I don’t mind using Tevin Coleman, Raheem Mostert, the Niners D/ST, and using Adams as your captain.

If you want to use Kittle, you’ll likely need the game to stay competitive. This brings both kickers into play. We are expecting perfect football weather in the mid 50s with little to no wind. I have a hard time not including Garoppolo given how cheap he is for showdown. There really aren’t any obvious punts, which again brings me back to the kickers.

And that will do it. I don’t think I’ll have a core plays article for the Super Bowl. So if not, I appreciate you reading the article every week. Best of luck!