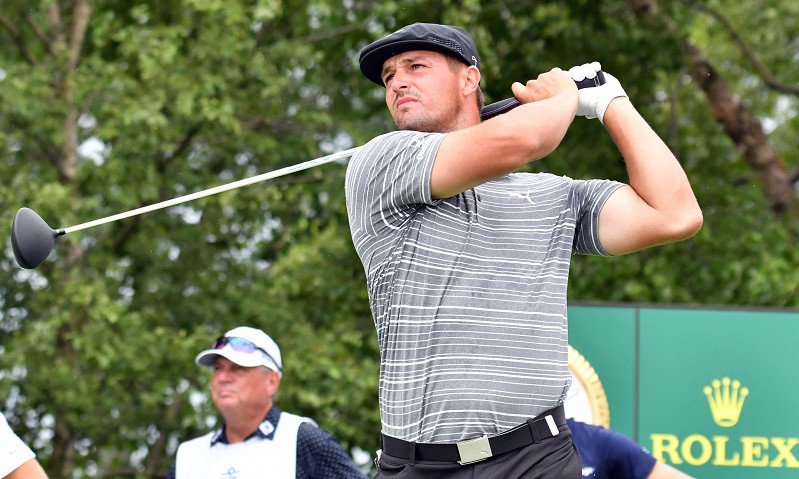 The Open Championship tees off in the wee hours of Thursday morning for Americans and I, for one, could not be more excited. The weather, the wind, the scrambling, stinger irons, and important par putts make The Open a viewing experience like no other for golf fans. For thoughts on potential outright winners, give British Open Championship Picks a read. This article emphasizes matchups, top finishes, and other prop picks for the final major of the golf season.

How to Bet The Open Championship

The Open Championship puts an emphasis on a grinding style of golf. Depending on the weather and the impact of winds, the tournament often plays extremely challenging. Our British Open Betting Guide covers some of the basics and betting groups. Let’s talk a bit about the course.

Royal St. George’s is the site of this year’s Open. Darren Clarke won the event in 2011 at Royal St. Georges (-5) — playing very well off the tee. The fairways are wide but wind will be the defense for the course. A par 70 that spans 7,189 yards, some rain early in the week might soften the course. At the time of this writing, wind is expected to pick up some over the four-day stretch — so conditions could prove very challenging.

Due to the likely challenge ahead, my focus is on players that scramble well and bring excellent around-the-green games to Royal St. Georges. While the course could play short in benign conditions, I want to find opportunities with value on players that are built to deal with bad conditions. Putting is extremely variant but saving par will be vital. Finally, a quick look at bogey avoidance will help parse my short list. Throw those ingredients in a pot, sprinkle in a bit of SG: T2G, mix it up, and we have my short list of players I want to target. Here is a look at some of the bets I want to make at The Open Championship.

Why waste time with the spice? Bryson DeChambeau brings a spotty record at Open Championships and a recent missed cut at the Rocket Mortgage Classic to Royal St. Georges. Online betting sites seem bearish on Bryson at this event, yet, still rank him in the top 15 of betting outrights to win. With Bryson’s style of play, the weather will be a huge factor.

If Bryson draws a great tee time and weather conditions remain benign, pie on my face could be forthcoming. The course is short enough to give longer hitters phenomenal looks at birdie with little wind. That said, if conditions prove very tough, I want to short Bryson’s 119th ranked ARG game (last 36 rounds). Getting up and down will be vital. Despite a very proficient putting game, Bryson struggles around normal PGA Tour greens. Experience and creativity are required across the pond. I am willing to bet that Bryson’s short game doesn’t make the cut.

On the contrary, Captain America brings a reliable short game to The Open Championship. With plenty of Ryder Cup experience and a decent track record at The Open, Reed makes for a sneaky betting option this weekend.

In the field, Reed is 4th in scrambling over the past 36 rounds. Around the green, Reed is nails — frequently displaying a penchant for making clutch putts. Since several of his compatriots are a bit higher on the betting board, Reed presents a unique opportunity as a nationality prop. At 18/1 on DraftKings, Reed needs to defeat his fellow countrymen to pay this ticket. While Jordan Spieth rates really highly for me — I like throwing a half-unit on this fun wager. If conditions get ugly, Reed’s short game keeps him very alive to win.

Speaking of excellent short games, Christiaan Bezuidenhout flaunts expertise at making pars when pars are tough. Bezuidenhout sits third in the field (last 36 rounds) in putting and scrambling, 16th in ARG play, and 24th in bogey avoidance. Ball striking might be an issue but saving pars is not. Finishing 31st and 30th at the US Open and PGA Championship, respectively, the South African has shown form in the toughest conditions in 2021.

A missed cut in the last Open Championship is a small concern. Yet, the price at BetMGM mitigates my worries. At the time of this writing, the price for a T20 for Bezuidenhout is supreme and BetMGM pays all ties. Most betting sites divy up the winnings. I will happily wager a unit knowing I will get the full return at the best possible price.

Speaking of South Africans… A favorite of many of my articles, Louis Oosthuizen continues his quest for another major victory at Royal St. Georges this week. Oosthuizen’s only win was an Open Championship. He is currently in his best form as he keeps knocking on the door in 2021.

Louis’ US Open performance was tremendous. Save one poor tee shot, Louis seemed poised to capture his second major and only his second win on tour. Jon Rahm needed to make two of the best clutch putts this season to put the pressure on Louis down the stretch.

Oosty’s scrambling game falls short of nobody in the field this week. Ranked 1st with the putter, Louis sits at 8th in scrambling and bogey avoidance. His putting has been nothing short of amazing this season. Any reasonable performance from tee to green vaults Louis to the top of the board.

His 2010 victory at St. Andrews is evidence that Louis can win this event. An outright makes plenty of sense this week for Louis. Betting a T10 knowing you will get the full payout at BetMGM makes even more sense.

Good luck this week with all of your Open Championship bets. Enjoy the early mornings with coffee and golf. Thanks for reading.