So here we are…kicking off the first ever European Tour DFS event on DraftKings. As Devo, my co-host on GrindersLive would say, “we get a nice new shiny object to play with.” It is exciting to think about. We get a whole Tour worth of new players to think about and new courses to read about. We get to set lineups at night and if we choose to, get no sleep tilting on names we can barely pronounce. We get to follow the Tour from country to country, from northern hemisphere to southern hemisphere and back. It’s a true grinders league!

If we look at what has transpired it’s like we’ve been a rookie quarterback sitting behind a veteran, running the practice squad with a limited playbook. And suddenly we’re getting in the game and it’s time to open that playbook up and expand the offense. Ladies and gentlemen, in terms of research, our player pool is now pushing upwards of 1000 players over both Tours. PGA Tour events are usually populated by a mixture of the same 250 or so players. There are exemptions here and there from past champions and Web.com players to fill in voids. The same can be said for the European Tour but those voids are filled in with local talent from the country the current tournament is located. Next week it will be in Sweden. The amount of Swedish players will be the highest percentage of any European Tour event. As will the the French Open for French players, etc.

So where does this leave us? The same place it always does, researching. Mistakes will be made, as everyone is scrambling to get a model that works for them. I feel I have a decent grasp on a lot of the main players on the European Tour. But it will get a bit dicey when we hit events in India, Malaysia and a few other nations. On the European Tour, some events are co-sponsored by other tours, meaning information on these players will be from websites that seem like the were used in the early 2000’s. Once you dip into some of the other tour websites you will learn to appreciate PGATour.com even more.

Right off the bat we get the European Tour’s flagship event, the BMW Championship. An event that use to attract the best talent on the Tour and even some from the U.S.A. These days, with many of the players disgruntled about the state of the course and how it plays, the top talent are starting to skip this event more regularly. The purse of this tournament is less than the event in Fort Worth Texas this week and this is another factor that keeps the talent away. Until the course gets its greens re-designed again, a lot of the bigger names will probably stay away.

The course is the Wentworth Club (West Course) in Virginia Water, Surrey, England. The course runs 7,302 yards long and plays to a par of 72. There are around 80 bunkers defending the course. The Par 4 holes are some of the toughest on Tour. The course has a ton of bumps and knolls surrounding the greens, so it makes it a little more difficult getting up and down. The fairways are narrow so there will be an emphasis on the players that are shot makers. That is important, because if the winds are whipping up and the course is not watered properly you will find that these greens will not hold. Even though Ernie Els helped re-design this course in 2009, he refuses to play here due to the way they set it up. He went as far as to drop three F-bombs towards the officials of the tournament when they did not set the course up to the way it was designed.

Analysis: If you are looking for a perfect cash game play Luke Donald should be your guy. His track record for this event is arguably the best in this field. He is a two time winner of this event and has the game needed to navigate this course. We all know Luke Donald as that player who use to be good and now is struggling to find himself. While that is true on the PGA Tour, he seems to flip a switch when playing back in Europe. He has had some solid finishes on the European Tour in his last 50 worldwide starts. He owns a property in High Wycombe England, which is about a 45 minute drive to Surrey. I am not too concerned that he missed the cut at THE PLAYERS. This is a nice home game for him. 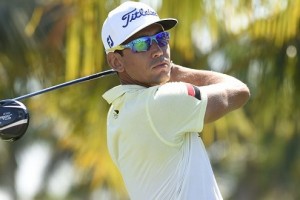 Analysis: Rafael Cabrera-Bello is playable in all formats this week. If we take THE PLAYERS Championship out of the mix, he’s had a tremendous run this calendar year. Even after missing that cut in Florida, he still managed a top 10 finish the very next week in Ireland. Just in 2016 alone he has racked up five top 10 finishes (including the matchplay event in Austin Texas). His history at this event has been a mixed bag. From his last start here to his first start, it goes like this: MC (+10), T16 (-2), MC (+4), T15 (-3), MC (+8), T17 (+1), MC (+12). As you can see, he either misses the cut or he is placing in the top 25. I think this year that trend will be broken and he will be looking at another top 10 finish.

Analysis: If you are looking for another solid cash game player then Soren Kjeldsen could be another player to look at. The Dane just does not miss cuts, especially on this Tour. Since the 2015 PGA Championship, Kjeldsen has totaled nine top 10 finishes worldwide. He is currently ranked inside the top 50 players in the world. Kjeldsen has played this event 17 times and made the cut in 11 of those. Last year he scored -6 for an 18th place finish. He should be able to keep your cash game score ticking over for all four rounds.

Analysis: I think Tyrrell Hatton makes a decent GPP play for this event. If we look at the players around his price point, we see they are all familiar names from PGA events. I think Jamie Lovemark will be very popular so I would prefer rostering the home-town Hatton instead. He is currently ranked 42nd in the Race for Dubai (the European Tours FedEx Cup). In his last five starts Hatton has racked up a pair of top 10 finishes. One in Dubai (8th) and the other was last week at the Irish Open (5th). Hatton has made both cuts he has played at the BMW PGA Championship. He is ranked 30th on Tour in greens in regulation and 6th in stroke average. He was born and resides on that side of London so this is a local event for him as well. 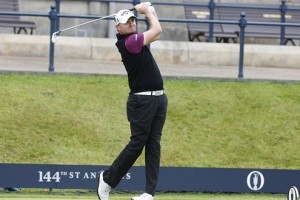 Analysis: For those of you keeping count…yes another Englishman. The Weybridge man James Morrison makes a solid GPP play. He is currently sitting at 55th in the standings for the Race to Dubai. He is also sitting in 55th place in greens in regulation. In his last five starts he has placed in the top 10 twice. In 2015, Morrison won the Spanish Open which was the event prior to the BMW PGA Championship. He later went on to finish 11th at the Wentworth Club. This year he placed fourth at the Spanish Open and just last week finish 10th at the Irish Open. He has some solid form coming in. His course history here is top 15 or bust.

Analysis: Now with the European Tour here I get a bunch of new South Africans to give me headaches. Richard Sterne is actually a player I have written about before so there is some comfort there. So far this season he has made seven of eight cuts with a nice five consecutive cuts made streak going. Two of those five cuts made have been top 10’s. His sole missed cut this season was by one stroke. Again, when we look around his price point, we will see some names that are more familiar to the PGA Tour events so I think Sterne will be low owned. He has played this event eight times and made the cut five times.

Analysis: I will be the first to admit. I have never heard of Jeunghun Wang before I started my research, but I like his recent form. So far this calendar year Wang has recorded six top 10 finishes including back-to-back wins in Morocco and Mauritius (an island of the island of Madagascar, which in turn is an island off the mainland of Africa). Yes some of these events have weak fields, but still, he won and hosted the trophy. Confidence should be high. Wang has no history at this event. He is one of the more accurate players off the tee and is ranked 10th in putts per round.

Analysis: I’m quite surprised that a player like George Coetzee is priced so low. His history at this event has been solid with four cuts made from four events started. He has a pair of top 25 finishes at this event. His form this season has been solid with only two missed cuts this calendar year. One of those coming last week in Ireland. Hopefully that will keep the ownership percentages down. In some of the bigger events on the European Tour (Qatar, Dubai and Abu Dhabi) he’s finished in 35th place or better with a top 10 at the event in Qatar. He also managed to finish 35th at the Puerto Rican Open earlier this year on the PGA Tour. I would consider Coetzee in all formats.

So there you have it folks, my picks for the BMW PGA Championship.