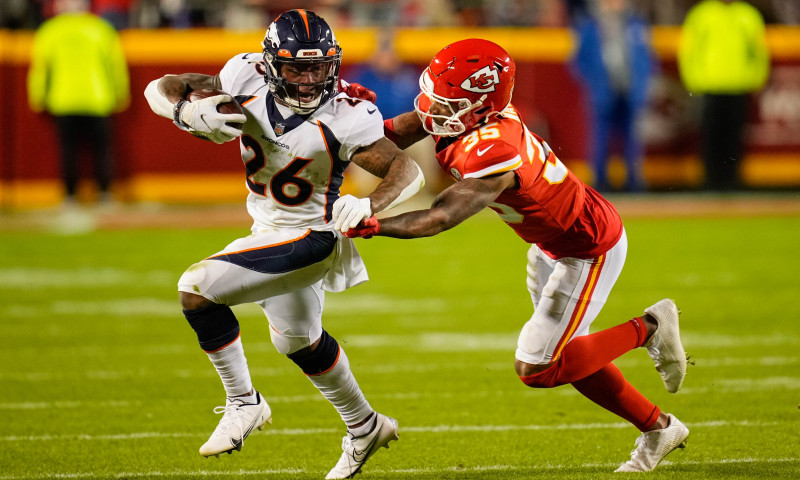 It’s a five game slate for NFL DFS tonight on DraftKings and FanDuel, and the following tiered ranking and top picks will help you improve your chances of taking home cash prizes.

Using our extensive daily fantasy football information and data, our team has reviewed the entire slate in complete detail. We are ready to give you the full rundown on which players could get the most playing time and rack up fantasy points for tonight’s action.

We track all of the depth charts and all the injury reports to help guide our selections, in addition to any actionable information shared by coaches and beat writers. Combined with years of experience following College Football and the NFL Draft process, we are absolutely locked and loaded in this hard to predict environment.

1. Jeff Driskel: With Kyle Allen out due to Covid and Davis Mills likely to not play much at all Driskel should be the odds on favorite for most snaps at quarterback on Saturday night. He has the upside to even see the whole game under center. Jeff Driskel is a tight end on DraftKings for some reason. He’s easily the best play of the entire preseason there.

NOTE – Skylar Thompson of the Dolphins will now start and likely play the whole game. Announced very late. If you can swap, he’s the slates best play now.

2. Bryce Perkins: Stafford is unlikely to play with his current elbow injury. John Wolford may not be risked either and has participated in first-team reps significantly in camp. With Perkins rushing ability and the likelihood he gets a half or more in this game, it puts him up among the better quarterback options.

3. Ian Book: Jameis Winston will not play and KJ Costello was just signed earlier this week. Andy Dalton has been around forever and does not need preseason reps. Book should get 2+ quarters with upside in this game.

4. Ben DiNucci: Dak is not expected to play and Will Grier has been injured. That leaves Ben Dinucci and Cooper Rush to split the whole game. They likely each get a half here which at least will put them in some discussions.

5. Cooper Rush: See above regarding Ben Dinucci / Cowboys QB situation. Is likely to see a half of action.

6. Kenny Pickett: Despite there being 4 quarterbacks here, Oladokun has not been taking reps in camp. We expect Pickett (who has supposedly been struggling) to get an extended run for Pittsburgh.

1. Malik Davis: The Cowboys look to be very limited at running back Saturday. Elliott and Pollard are very likely out. Davis should be in line for ample opportunity along side the rest of the Cowboys backfield.

3. Jaylen Warren: The rookie out of Oklahoma State comes into this game with a great opportunity to showcase some talent. There are injuries ahead of him on the depth chart, and starters likely to not play much if at all. The Steelers are low key hoping someone emerges to help spell Harris during the season, and so far in camp he’s making a decent case it should be him (albeit a long shot).

4. Max Borghi: With Mike Boone being someone who likely who already has his spot on the team locked up, Borghi could be in line for big time snaps. Wrangled 86 catch season in college during his sophomore year, and is capable of producing as a receiver. His upside hinges on how much Boone plays, but in theory, the ceiling is high on playing time.

5. Mike Boone: With Williams and Gordon unlikely to play a high snap total, we could get a Mike Boone deja vu situation. We have seen Boone smash on more than one preseason occasion, and he could get some extended work here.

6. Master Teague III: Teague was just signed recently but has reportedly been strong thus far in camp. Teague is a power back that could get some back end work late in the game. Only McFarland and Warren are expected to get work ahead of him, and there could be a good amount left at the end for Teague to feast on.

7. Rachaad White: White was explosive last year and was incredible in the passing game. He had 15 touchdowns on the ground and had 43 catches that catapulted him to a possibly large role with a contending team. Most of the running backs for the Bucs are established vets, so we expect White to get some run.

8. Anthony McFarland McFarland remains a backup on the depth chart for the Steelers coming into this season, and he remains in play on the off chance they choose to use this time to evaluate his spot on the team further rather than loading up the undrafted youth.

1.Tutu Atwell:. Very explosive player working towards a key role on the team thanks to Van Jefferson being hurt. He should get some playing time at the start of the game, with the top guys unlikely to play.

2. George Pickens: Pickens is an incredibly talented receiver out of Georgia. He was held back at Georgia due to their offense and some injury/attitude issues. He has reportedly been fantastic in camp but it is rumored the Steelers want to see him carry that into the preseason. We expect Pickens to get a bit of run here early in the preseason as they did with middle rosters players last summer.

3. Seth Williams: When looking at the Denver receivers near the top of the depth chart, we see a lot of guys who will likely sit out. Seth Williams is likely the guy who will benefit from that situation, as he looks to improve his standing and solidify a role on the team.

Note: More WRs will be updated this afternoon, as we look to sort out a weak looking set of options in greater detail. Wide Receiver is a volatile position to begin with, and preseason often enhances that. Please visit LineupHQ for additional deep suggestions for MME players that are viable under the circumstances. Our projections are ranked in tiers.

1. Jeff Driskel: With Kyle Allen out due to Covid and Davis Mills likely to not play much at all Driskel should be the odds on favorite for most snaps at quarterback on Saturday night. He has the upside to even see the whole game under center. Jeff Driskel is a tight end on DraftKings for some reason. He’s easily the best play of the entire preseason there.

2. Jace Sternberger: Sternberger is far and away the best tight end option on this slate. This is a guy who was a very good pass catcher in college and he has been productive in the preseason before as well. With Freiermuth and Gentry not expected to play, he should get an extended run

1. Saints: Likely to see close to a full game (or possibly a full game from Jeff Driskel).

2. Broncos: Ben Dinucci and Cooper Rush are great targets for mistakes, and Dallas will be running a low-end crew all game.

3. Chargers: Bryce Perkins is a runner, and both interceptions and fumbles are heavily on the table with the Rams playing virtually no meaningful players.