Returning from Scotland this week, we’re taking a pit stop in Canada before returning to the States.

This week’s RBC Canadian Open will take place at Glen Abbey Golf Club, which has hosted 29 times in the past. That means we have plenty of data to see which angles are relevant when it comes to searching for a specialist this week.

Reviewing last week, our specialist couldn’t get much going but made the cut on the number and then rallied to finish in a share of second place. Yup, that was Justin Rose. A perfect example of how fine the lines are in golf. If he missed his birdie putt on the 18th on Friday then he looks like a complete dud last week. Instead, he helped win someone a million dollars.

The greens at Glen Abbey were poa annua before a rough winter damaged many of the greens back in 2013. They replaced them with bentgrass but they still have some poa annua in them.

Coming from the superintendent, he mentioned this on Tuesday, “…having your soil temperature get above that 10-12° mark in the winter time can be incredibly dangerous, especially with very delicate Poa annua like we have on some of our valley holes.”

It’s unclear whether those holes are entirely poa annua or they just have poa annua that grows due to the winter conditions. Either way, we can use our blend of bentgrass and poa annua performance to bring it all together.

Quantity: The golfers that have the most strokes gained on bentgrass or poa since 2014 are Dustin Johnson, Tony Finau, Matt Kuchar, Charley Hoffman, and Brooks Koepka.

#2 on the list, Tom Lovelady, said this just last week “Bent greens are what I grew up on, so putting especially, I can see the lines a little better. I believe we’ll be going to bent greens next week I would assume. Just keep doing what I’m doing.”

A few golfers lose more than half a stroke compared to their baseline (J.J. Spaun and Nicholas Lindheim). Might be worth fading that, if you’re on the fence.

Last week we saw Carnoustie look to set up as a less-than-driver course before the event but when golfers started playing their practice rounds, some saw it differently.

In the end, historical less-than-driver performance was slightly more correlated to the final leaderboard but overall it proved that both strategies worked.

This week we have a course where the driver is not really restricted.

Just ask Bubba Watson who said this last year, “I hit driver I think everywhere except the last hole, No. 9. Just trying to have short irons in here. The rough’s not too high, so it’s a little bit easier than British Open rough.”

The top-10 list above is about what you’d expect to see on a driver course except for Vaughn Taylor. He is a surprising name that doesn’t bring any distance to the table. 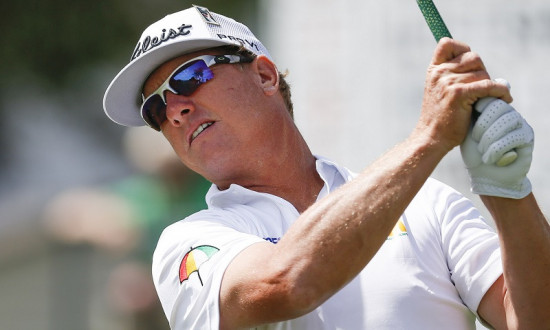 Tommy Fleetwood finds himself near the bottom of this column which is also very surprising. Perhaps it’s just a coincidence/noise based on his lower level of sample size. Or maybe he really does prefer courses that are more restrictive of the driver but he would still use it to gain an edge if that makes sense.

This course always yields a field average that is on the easy side of par.

Two years ago was about as hard as it plays but that was due to (rare) firm and fast conditions. Things are looking rather soft this week which should mean plenty of birdies and eagles will be flying off the shelves.

You probably noticed that quantity list is quite different from the other ones. Most superstars only see easy courses a few times a year.

It’s not surprising to see someone like Brooks Koepka near the bottom of this column (when comparing to his baseline). He does so much damage in the majors, on tough courses, that it’s a tough standard to live up to.

Glen Abbey’s par 5s are some of the easiest on TOUR, so that should yield plenty of eagles.

Tom Lovelady shows up as #1 here while he was #1 on the bent/poa list. We might have him perfectly cornered into a great course fit.

This angle goes a bit hand-in-hand with the driver-heavy angle.

When a course allows a lot of drivers to be hit, it’s only natural that fewer fairways will be found.

Looking at the top 14 in the hard fairway column, only one of them is negative in the driver-heavy course.

There is a good blend of golfers that love to bomb-and-gouge with others that stripe a ton of fairways. It sort of rules out golfers that are short AND wild, though.

We now have a list of six golfers that are positive in all of the angles above.

However, we can rule five of them out due to their baseline performance and/or current form:

Kang could pop here but he’s done nothing outside of his big finish when he was accused of cheating.

Ben Crane has a top 10 here but may struggle to hang on a softer setup.

The specialist this week is J.B. Holmes! 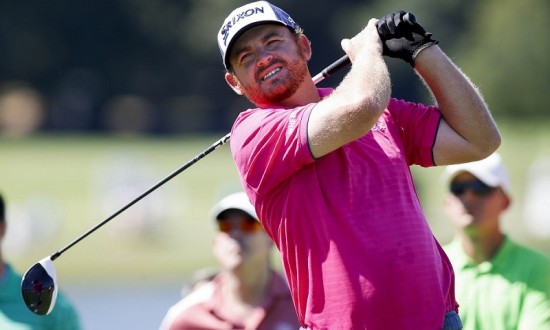 For the second straight week we have just one specialist that fits every angle and also arrives in decent form.

This big hitter has a pair of top 20s in three tries at Glen Abbey and also has a pair of podium finishes in two of his last four lead-in starts.

Holmes brings upside in the form, history, and course-fit departments.

We’ve identified the golfers that grade out positive in all of the course-fit angles, but who does the opposite?

I don’t think either will be popular this week. It’s easy to fade them both. Especially Cejka with his plethora of pre-tournament WDs. He’s always an injury concern.

The goal of this article is to isolate course fit, to see who should outperform their baseline.

However, anyone with common sense knows that baseline talent (and current form) can’t be ignored when handicapping golf.

Combining Baseline Strokes Gained with Current Form and Specialist Rating, we get a Top 20 ranking that looks like this:

The top of this list is loaded with heavy hitters which isn’t surprising when you consider the course attributes we just looked at. The only surprising thing is DJ at 7 instead of 1. Not something I would put too much stock into because this doesn’t use a scale that properly reflects have far ahead DJ is in terms of baseline performance. Maybe something I’ll consider changing in the future.

If the course ends up playing firmer than expected than guys like Kuchar, Stricker, Haas, Taylor might jump into the mix, but otherwise I think they have a tall task ahead of them.

Best of luck everyone!

Below is a table with the full specialist data. Any fields with a 0 in them mean the sample size is not large enough. There is a minimum of 30 rounds to qualify for each angle.

The SG:TOTAL column is a baseline performance measure (since 2014). It is time-weighted so more recent results count for more than finishes from years ago.

HISTORY column is a weighted performance metric based on course history. I’ve made small adjustments for sample sizes but be sure to check on number of course rounds before blindly following this number.

FORM looks at the total strokes gained, adjusted to field strength, over the last 8 weeks (PGA TOUR and European Tour).

SIMPLE RATING looks at SGTotal, FORM, and SPECIALIST RATING to create a simple rating that includes course fit but doesn’t overweight it.