Panini owns the exclusive rights to NBA cards and within the Panini family Prizm and Optic are considered 1a and 1b while Select is considered to be the 3rd most popular set. If you’re looking for the ultra high end product then National Treasures is what you want to collect. Make sure you pay attention to the grading when looking at recommendations. Grading makes a huge difference in price, so price targets will be based on grading. An ungraded card is referred to as “raw”.

We’ll use SportsCardInvestor’s Market Movers data to evaluate current-market price targets based on what people have been paying most recently. Go above/below that market rate based on your convictions and confidence levels by player. Be sure to subscribe using this link or use the promo code ROTOGRINDERS for your 20% off your first payment with SCI.

Here are 3 players from the 2018 draft class not named Luka or Trae that I’m looking at and some accompanying current cards for sale on eBay through our eBay affiliate partnership:

3) Jaren Jackson Jr. – Other than his issue with personal fouls, there is a lot to like about Jaren Jackson Jr’s future. He was still able to average 28 minutes per game and shot 46 percent from the field along with 39 percent from three and over 70 percent from the line. These are great numbers for a 6’11” stretch 4 in his age 20 season. I would like him to get his rebounding numbers up but he has all of the tools to be an all-star in the coming years. The Grizzlies are looking like they will be one of the up and coming teams in the West too. All of this will only help Jackson Jr’s card prices in the coming years. 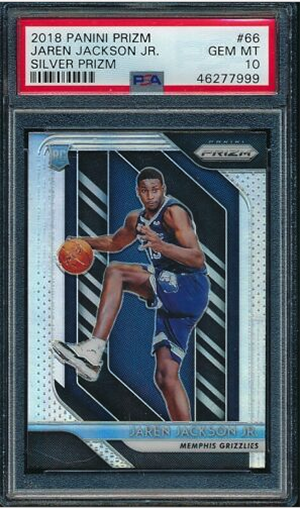 2) Wendell Carter Jr. – Wendell Carter Jr. needs to improve his three point shooting to become a true stretch 5 but all of his other metrics are heading the right direction. Even with a poor three point percentage his true shooting percentage is still 59%. His rebound rate is very good and he will be a double double guy if he cracks the 30 minute per game mark. He has also shown to be a good defender. The new front office should be good news for Carter as well as long as they get rid of Jim Boylen. Carter excelled despite Boylen putting him in some terrible schemes both offensively and defensively. 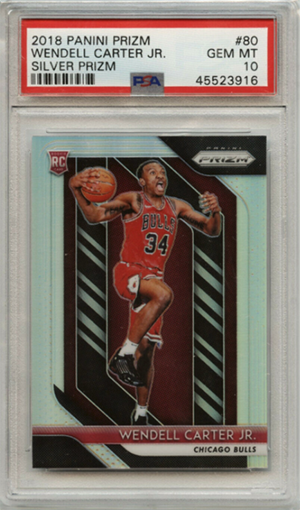 1) Shai Gilgeous-Alexander – Gilgeous-Alexander could end up being the 2nd or 3rd best player in this draft class. He can do so many things well. He shoots threes well, he finishes at the rim well and will get even better at that as he adds more muscle. He’s incredibly long for a guard and holds his own defensively. Shai will soon be the face of the Thunder and an allstar many times over for the next 10 years. 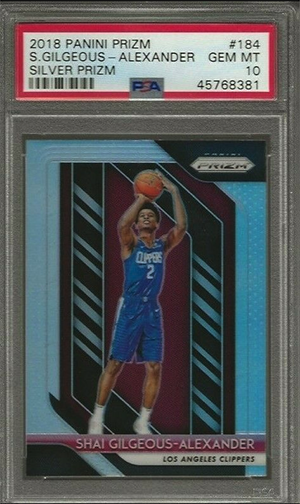