We’re going to dive into some classic cards in this week’s article. We’ve seen a recent jump in nostalgic cards like Michael Jordan, Mark McGwire/Sammy Sosa, and Ken Griffey Jr which got me researching older cards. We want to focus on scarcity from those eras due to the massive overprinting the card companies did back then, so most of the cards we look at this week will be graded or autographed. If you’re new to Sports Card Investing and wondering which rookie cards to buy, CardboardConnection.com is a great resource. They put out “rookie checklist” articles listing popular rookie cards for most popular players which makes your research much easier. We’ll focus once again at QBs and this week and look at some modern-day legends.

We will generally target Panini brands for football as they own exclusive NFL rights for sports cards. This week, though, since the cards are older we will have a wider range of brands. Just like DFS, be sure to manage your bankroll and don’t spend more than what your budget allows. Make sure you pay attention to the grading when looking at targets. Grading makes a huge difference in price, so price targets will be based on grading. An ungraded card is referred to as “Raw”. When targeting a Raw card, try to find one with the best centering, corners and edges (and surface if you can tell) as that is a card that might be worth sending in for grading. We’ll use SportsCardInvestor’s Market Movers data to evaluate current-market price targets based on what people have been paying most recently. Go above/below that market rate based on your convictions and confidence levels by player. Be sure to subscribe using this link or use the promo code GRINDERS for your 20% off your first payment with SCI.

4) Aaron Rodgers & Brett Favre – I’m going to lump these two together. I didn’t like the options for Favre rookies as he was right in the thick of the 90’s cards I want to avoid, and we have a preferred legend higher on this list who also has cards from that era. Rodgers, on the other hand, is also HOF bound, has RPAs available (scarcity!), and still has plenty of catalysts left to drive his card prices higher. He’s not really a legend yet (sorry Beer), but if we lump him with Favre we can consider them part of the legend of Green Bay. As you can see from the chart of Rodgers’ Contenders Rookie Auto card, his trend is down too which is what we like when making an investment like this. 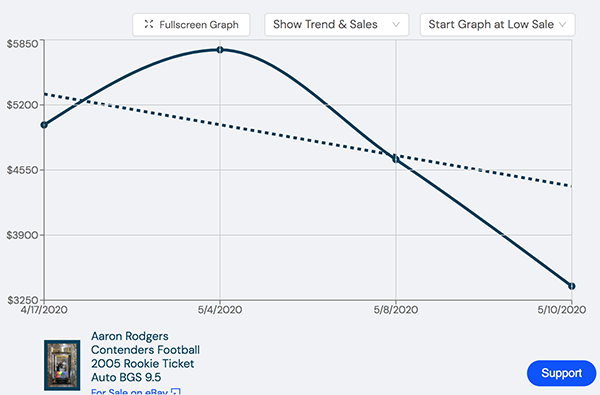 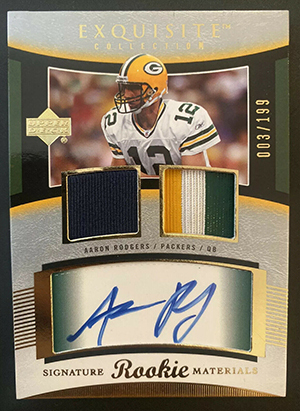 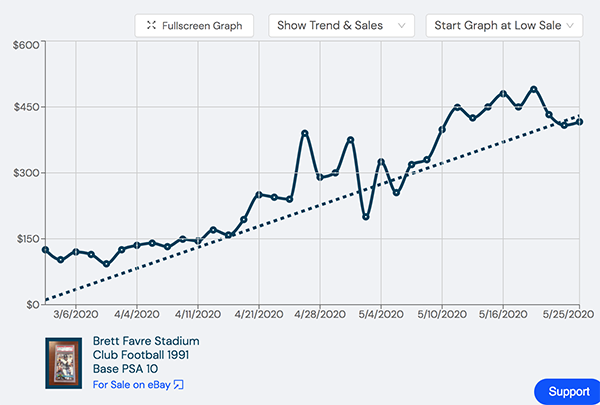 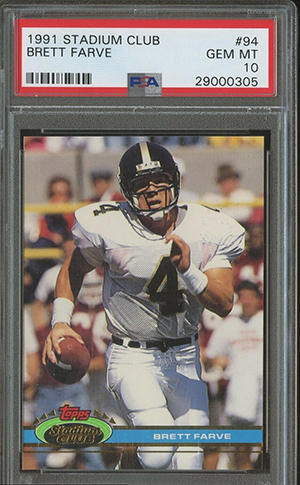 3) Drew Brees – Brees in a no-brainer in a category like this. He is a 1st-ballot Hall Of Fame QB who is still playing at a high level. He owns a bunch of major records, he’s got a ring, and plays for a team that is consistently at the top of their division (although he will face new competition this season from another legend). With lots of catalyst potential remaining in his career, it makes sense to have this legend on your target list. 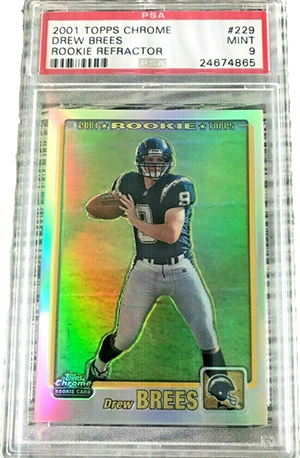 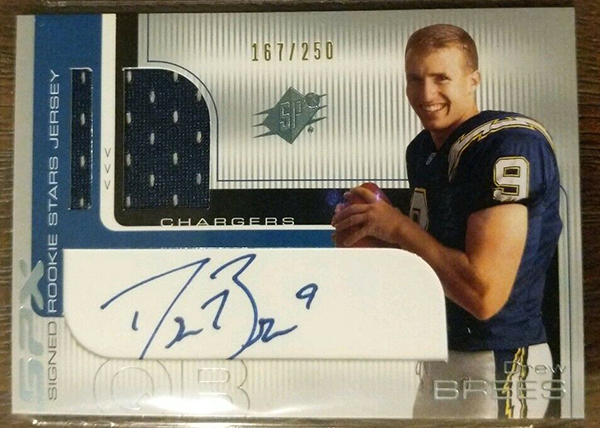 2001 Drew Brees SPx Auto Jersey Patch /250 Raw (note – I’d prefer this card graded but with the scarcity of the card it’s difficult to determine a target price. Most recent PSA 9 sold for $900 though if you need a reference) – Target Under $405

2) Peyton Manning – Like Favre, Manning also falls in that ‘90s-range of cards we prefer to avoid. But Manning is too big a legend to ignore and still has some decent cards to target. He’s right up there with Brady as far as being under consideration as the greatest of all time and his name still carries a lot of weight. I would not be surprised to see a Manning documentary come out similar to Michael Jordan’s after the success of “The Last Dance” which drove Jordan’s prices through the roof. 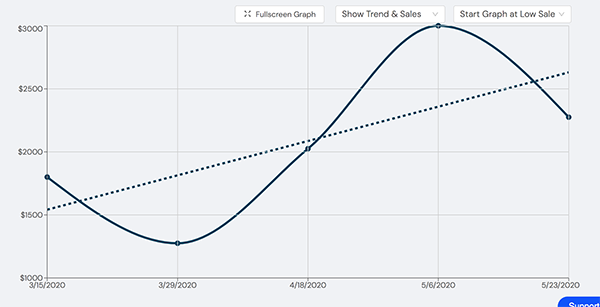 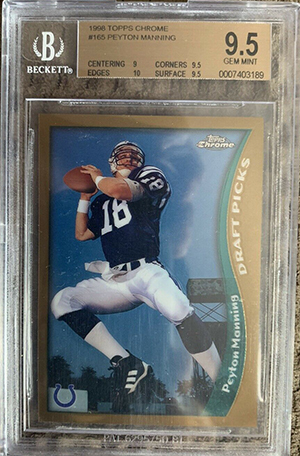 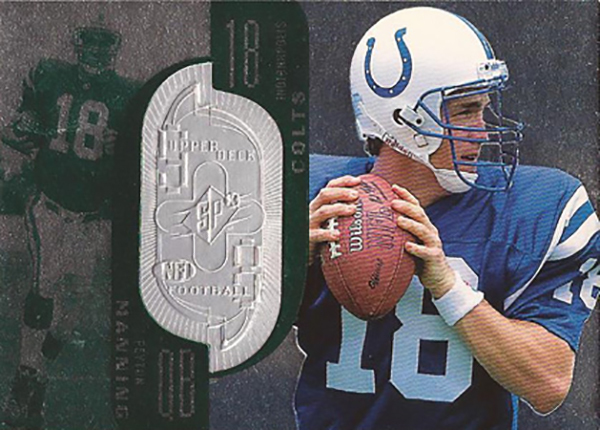 1) Tom Brady – I featured Brady in my Tampa Bay article a few weeks ago and this week he is at the top of the list of legend targets. Like Brees and Rodgers, Brady is still active and on a contending team. In fact, Brady might have the best weapons out of the group which makes him interesting in the face of his declining performance. We’re more focused on a longer-term hold here though as opposed to a flip so there is more future upside than near-term downside downside which makes this GOAT a good target. We’ll include his $33k card just to demonstrate the potential of the Sports Card market. 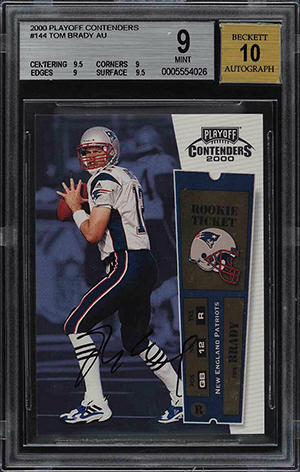