Today we’ll take a closer look at the Defense vs. Position tool, utilizing the past three weeks option to see who can be taken advantage of using data from recent games. As we are over halfway through the NBA season, using data based on the entire season may be less accurate than using recent performance. Also, with all the trades and the All-Star Break, it’s basically a new season for the next few days as players get comfortable with their new teams, so I’m putting a little less stock in statistical analysis over the first few games after the break for each team.

Goran is likely to get the start at PG tonight for the Heat, who will be using him as a true PG instead of limiting him as the Suns did. The Pelicans have been one of the worst teams in the league at defending the PG position, and show up as the second easiest matchup over the past three weeks. Norris Cole is likely to play some PG for the Pelicans today, and is a decent defender, but I still expect Dragic to have a nice performance at a moderate price around the industry tonight. 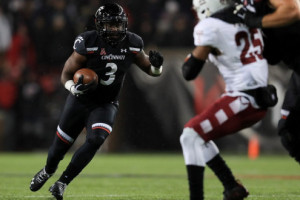 The Kings simply can’t guard anyone at SG, they gave up that huge game to Klay Thompson, let Avery Bradley score 50+ FPTS last night, and have multiple big games against them in between. Enter Crawford and Redick tonight, who without Blake Griffin have really stepped up their production. It’s hard to imagine a scenario where either of these guys has a bad game tonight, as the matchup is premier, the production is high, and the prices are very reasonable. Crawford provides more upside, while Redick comes at a cheap price and lets you target some of the top players on the night.

It’s no secret in the DFS world that targeting wing players against the Clippers is a profitable endeavor. That brings us to Rudy Gay, who is fresh off a great performance against the Celtics last night. Without Collison in the lineup, he and Cousins are tasked with shouldering the offensive load for the Kings. Gay should have little issues scoring against Matt Barnes and company tonight, and makes a great play as his price is very reasonable compared to how high it was earlier this season. 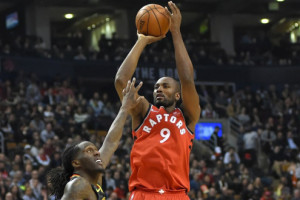 The sample size is only three games in our DVP tool, which I think is missing a few games, but nonetheless, targeting PF’s against the defensive duo of Cody Zeller and Marvin Williams can lead to good things. Greg Monroe dominated the Hornets in their last game, and with Kevin Durant not looking healthy, and Al Jefferson locked up with Enes Kanter for a good portion of the game, Ibaka looks to be in a good spot tonight.

There aren’t any top-tier matchups tonight, so this came down to picking on the Suns or the Kings. The Suns got rid of Miles Plumlee, and are now rolling out Alex Len for heavy minutes at center. He is a good defender, so I am ignoring that matchup and focusing on the Kings, who have no changes at center with DMC. DMC is a powerhouse, but as seen by the numbers, he can still be taken advantage of in fantasy. DeAndre is also playing at an insane level right now, logging no less than 18 rebounds or 22 points in his last three games as he picks up the slack left by Blake Griffin. I tend not to take opposing centers against the Kings, but Jordan is playing at a high level right now, and the Kings just allowed great nights to Brandon Bass and Tyler Zeller of the Celtics.