Announcing the 2016 Tournament Player of the Year

He has been called a robot, a shark, a genius and everything in between.

But now, one of the best players in the daily fantasy sports industry has another title to add to his trophy case: Player of the Year.

We’re happy to announce that the winner of the 2016 RotoGrinders Tournament Player of the Year is…saahilsud!

The race to the finish was anything but. Saahil Sud’s triumph was as much of a wire-to-wire victory as you’ll see in DFS.

As alluded to above, Sud rose to DFS fame under the username “maxdalury.” No matter what name you call him, his achievements are undeniable. He’s currently ranked number one in the RotoGrinders Overall Rankings, TPOY Rankings, Monthly Rankings, Super Heavyweight tiered rankings, and Sports Rankings for NFL, MLB, NBA, and PGA. His lone blemish is that he’s “only” ranked 2nd in our NHL Rankings. His rise to the top included success in tournaments and cash games alike.

Sud’s big wins stretched throughout 2016, securing his place at the top of the TPOY Leaderboard and cementing his leagacy. Although he never won a seven-figure prize in any one contest, he consistently dominated. Some of his biggest victories were:

And this is just a sampling of his top scores! Although all of these finishes were important for his TPOY bid, it’s worth noting that many of his strongest showings occurred in December, helping him fend off late-season pushes from challengers beneath him.

Sud’s success isn’t newfound, either. He’s arguably the highest volume player out there – and one of the longest tenured, too. Sud has been a member of the RotoGrinders community since 9/20/2011. He sat down with our own Dan Back in September to give his side of the multi entry debate and reply to some of his biggest critics in this edition of the Fantasy Fix podcast.

This was a year of firsts for Sud in more than one regard. In January 2016, he founded and launched RotoQL, a DFS toolset.

Sud’s run has been a dominant one, and we’re extremely happy to have him as our 2016 Tournament Player of the Year! Stay tuned for additional interviews about the man behind the screen name.

While there can only be one champion, it would be a shame not to give due credit to the other fantastic DFS players who round out the top 10 in our final 2016 TPOY standings. Each one of these guys had an incredible year of DFS success and should be commended on what they’ve been able to accomplish.

Sure, he didn’t win our TPOY, but wouldn’t we all take a one-day million-dollar paycheck as a consolation prize?

Not too shabby of a showing at all for the TPOY silver medalist!

Tom “ChipotleAddict” Crowley is a former professional poker player. While he didn’t win a million-dollar prize in 2016, he did take down the DraftKings $7M Millionaire Maker ($1.2M to 1st) in 2015.

The 2015 TPOY winner had yet another strong year. Erik “ehafner” Hafner is an ex-professional poker player and former RotoGrinders contributor.

At this point of his career, it’s more of a question of what ehafner HASN’T done. In 2016 alone, he won $1.6 million by finishing first AND second in the DraftKings NFL $4 million Main Event, secured 16 entries across 7 live finals, and ranks in the Top 10 of the Grinders Rankings, TPOY, Super Heavyweight tiered rankings and Sports Rankings for NFL and MLB.

— #6. – Theclone – Theclone has been dominating the GPP scene since 2015. He currently sits in the Top 10 of the Grinders Rankings, TPOY, Super Heavyweight tiered rankings, and Sports Rankings for NBA and MLB. He also qualified for the DraftKings FBWC, FanDuel WFBBC (2x) and FanDuel NBA Playboy Mansion (2x).

— #7. – scout326 – He has never qualified for a live final and might keep a low profile, but that doesn’t mean he’s not one of the most successful DFS players around. Scout326 won a number of daily contests this year and grinded his way to Top 10 rankings in the Grinders Rankings, TPOY, Super Heavyweight tiered rankings, and Sports Rankings for all three major sports: NFL, MLB and NBA.

— #8. – awesemo – Awesemo grinds all major sports, including hockey. He’s currently ranked in the Top 10 in the Grinders Rankings, TPOY, Super Heavyweight tiered rankings, and Sports Rankings for MLB, NBA and NHL. This year, he qualified for the FanDuel WFBC, as well as the DraftKings FBWC and FABC.

— #9. – AssaniFisher – Assani Fisher was the top-finishing RotoGrinders contributor! A former poker pro, Fisher publishes vlogs and podcasts for our site. While he says his best sport is NBA, he also is highly ranked for MLB and MMA, as well as boasting Top 10 rankings in the Grinders Rankings and Super Heavyweight tiered rankings. Over the course of 2016, Fisher secured 18 entries into 8 different live finals. 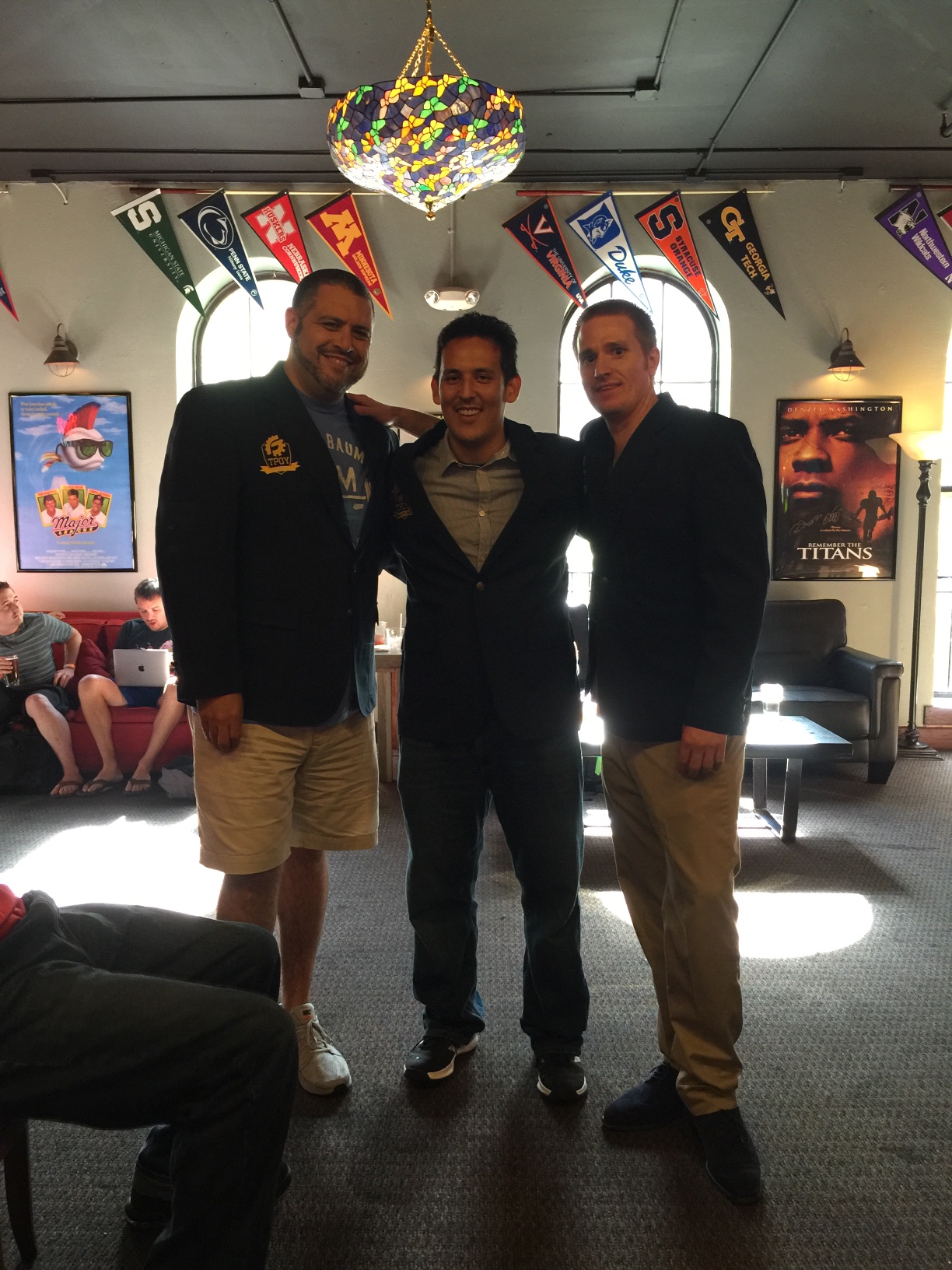 — AlSmizzle, the 2013 TPOY winner, is one of the highest profile players in all of DFS. While working as an analyst at ESPN, he still was able to hit big throughout 2016. He won $1 million by finishing first in the DraftKings $5M Fantasy Football Millionaire and also qualified for two live finals. He finished 28th overall in the TPOY race.

— You can see the full TPOY Leaderboard here.

It was incredible year for the RotoGrinders Tournament Player of the Year race, and we want to give a huge congratulations to saahilsud for taking down the most prestigious award in daily fantasy sports.

We’re excited to see what 2017 brings and hope you’ll join the race to the top of the leaderboards! If you haven’t already, be sure to add your DFS screen names to your RotoGrinders profile to participate.