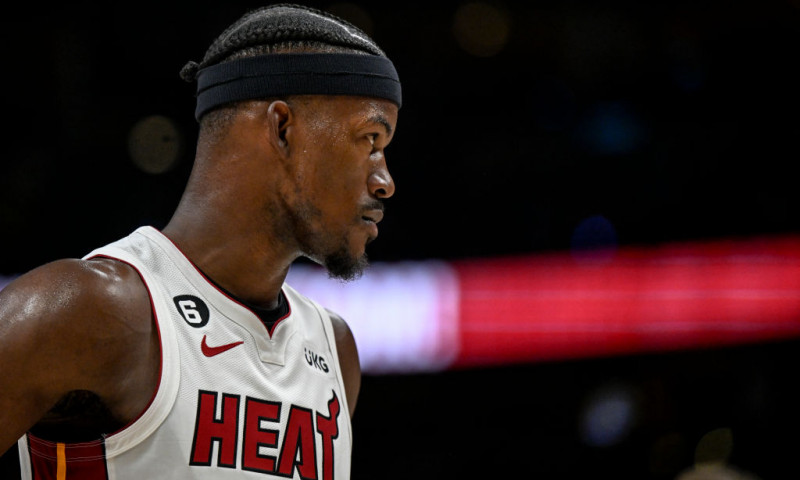 Tonight, the Boston Celtics and Miami Heat will meet at the FTX Arena as part of TNT’s NBA double-header. Ahead of tip-off, Boston (35-13) owns the best record in the Eastern Conference, with Miami (26-22) trailing them by nine games in the standings. Nevertheless, oddsmakers are expecting the Celtics to have a hard time winning this evening with multiple key players out of the lineup, pricing the Heat as 4-point home favorites on the spread.

Who will step up for Boston?

When Brown, Smart, Horford, and Brogdon are off of the floor, Derrick White (+6.3%) and Grant Williams (+4.7%) see the largest increase in usage for Boston. In these situations, White is averaging 20.9 points per 36 minutes and Williams is averaging 11.8 points per 36 minutes. However, it is worth noting that the sample sizes for these metrics are incredibly small – given that it is a rare occurrence for the Celtics to be without so many key contributors at the same time.

Entering play on Tuesday, Miami is forcing the third-most turnovers of any team in basketball this season, at 16.4 per game. As a result of their opponent having a number of empty possessions throughout the course of a contest, the Heat rank sixth in defensive efficiency, allowing only 111.0 points per 100 possessions.

Miami has also done a phenomenal job defending without fouling, allowing the second-fewest opponent free-throw attempts per game. Combining their ability to get turnovers at a high rate with their ability to keep their opponent off of the charity stripe – there are few defenses in the NBA more intimidating than this group.

One area of vulnerability

The one primary weakness of Miami’s defense is the perimeter. Through their first 48 games, they rank 23rd in opponent three-point attempts per game and 26th in opponent three-point percentage. In last Friday’s loss to the Dallas Mavericks, the Heat allowed Dallas to shoot 18 for 38 (47.4%) from beyond-the-arc. When they lost to the Atlanta Hawks earlier in the week, they allowed Trae Young and company to shoot 13 for 27 (48.1%) from deep.

On Tuesday, the Celtics will be without four of their top-six scorers, with Jaylen Brown, Malcolm Brogdon, Marcus Smart, and Al Horford on the sidelines. In a limited sample size with these players off of the court this year, Boston has still managed to score the ball efficiently, but their defense has fallen off markedly, allowing 123.9 points per 100 possessions.

Though matchups between the Celtics and Heat are often thought of as defensive battles, it is more likely that these two teams play at a quick pace this evening, with enough volume to make the over a smart lean for bettors.