Happy Monday! We’ll jump into the slate in a few minutes here, but I wanted to start off with a little Monday morning fireside chat.

The first thing is to let you know about my schedule this week. I have two weeks out of each summer where I teach at a summer music camp, helping teach kids how to write songs, learn some new instruments and concludes with a Friday night concert. I will be on my normal schedule every morning, and writing the Musings every day other than Tuesday. However, I will be tied up between 2-6 ET each afternoon, so if there are changes to the schedule, I will not get them updated here as quickly as usual. I’ll still come in and drop in notes on any big changes, but if you have a question, it may take me a little longer than normal to respond this week.

Next, while we touched on it briefly last week, I wanted to talk a bit more about the current pitching situation in the league. This is just stream of consciousness thought here, and it may or may not end up making any sense. I do not have in depth data here or any real actionable plan, but there is so much talk about the pitching situation that I just want to keep talking it through as it’s happening so that we’re all on the same page here and you know where I’m coming from in these articles.

Checking In On A Sticky Situation 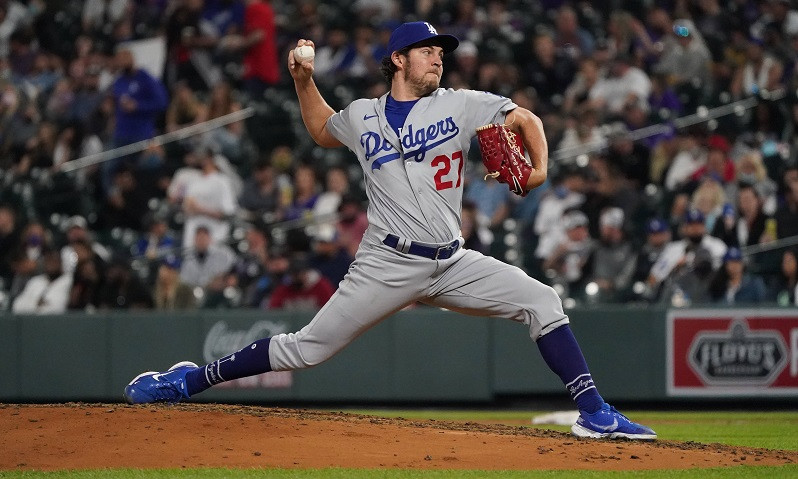 Folks, I think it’s about to get really interesting around here. But I’m not primarily talking about spin rates, and I’m not talking about strikeouts. My opinion is that what’s about the get really interesting is the way people try to explain away small term sample size with nothing but “see, he is no good without the sticky stuff.” At this exact moment in time, we absolutely do not have enough information to make any definitive calls on changes to pitcher’s expectations. This does not mean that we aren’t seeing clear drops in spin rate. It means that we can’t just draw a straight line on a graph with spin rate and correlate it to foreign substances being used, or to how good/bad someone will be without it. There is zero question that many MLB pitchers that were cheating have stopped using these substances, and there already have been and will continue to be changes in spin rate and effectiveness. But my oh my, just in my opinion from listening to the chatter, my instinct is that the reality of the situation is not as drastic or as clear cut as most people are trying to make it. I’m not ready to make any big sweeping statements one way or the other, and I’m not trying to solve any puzzles today. I just want to point out a couple thoughts:

Point 1 – There is no date to point to as the definitive date when any or all pitchers started or stopped using sticky stuff.

Point 3 – DFS is still more about strikeouts than anything else, and it’s not clear to me that the strikeouts are going anywhere. They can come down slightly and still be way ahead of past levels and still be the key to DFS.

Point 4 – It is possible that hard hits, and therefore ERA’s and home run rates are more effected than strikeouts.

Point 5 – Not every change in spin rate has anything to do with sticky stuff. Spin rates always move around, and will change with velocity, grips that have nothing to do with substances or the slightest change in arm angle or release point. I am not going to try and pretend to be a sudden expert on every nuance of spin rate, and I suggest that you do not either.

Point 6 – When I step back and take a big picture look at game logs, there is at least some semblance of a dividing line sometime in mid-late May where some of these elite pitchers went from being other-worldly elite to merely really good. But even there, it’s vague, and tough to make any blanket statements.

Point 7 – Pitchers who have not seen any drop-off, or even pitchers who have had their best starts of the season recently could have still been cheating, and could still end up being more affected than the guys who happened to have a bad start last week. This is really the big point I’m trying to make here. I see it as a mistake to take any one start, whether good or bad and just assume that’s what this guy is now.

Point 8 – If a pitcher has been using a substance for several years, they have gotten used to using it, and have learned how to pitch with it. Take it away, something will change. Maybe things get worse, maybe a little, maybe a lot. But then, that pitcher is going to start getting used to pitching without it. Maybe it takes a week, a month, maybe they slightly change their grip on certain pitches. But it’s not as if there are just two potential versions of every pitcher, the guy with the sticky stuff and the guy without it. I see a very real chance that we see pitchers adjust to the new normal and small drop offs get corrected. This is another reason I don’t want to overreact to one start.