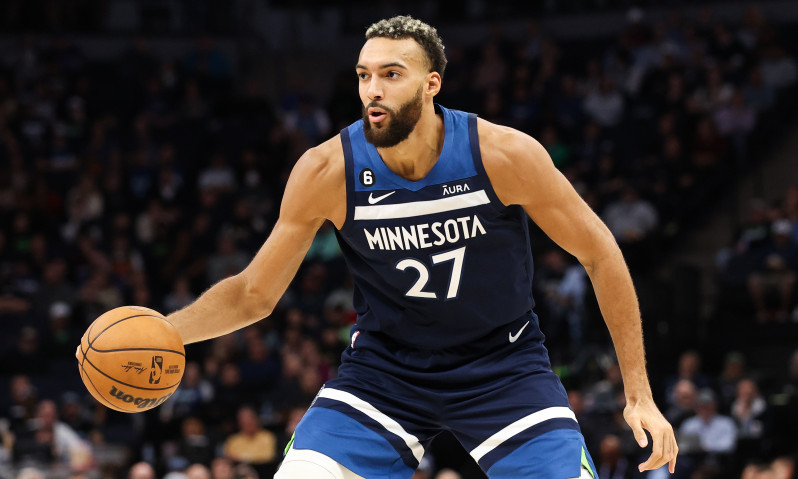 The Los Angeles Clippers lost Game 1 in Utah, but can they bounce back and even up the series Thursday night? NBA betting analyst Sloan Piva previews Game 2 for the Clippers vs. Jazz, breaking down the spread, injury report, player matchups and more. Check back closer to tip-off for an updated action report, to find out which team the money is on and where the betting lines are moving across sportsbooks.

The air was electric early on in Salt Lake City in Game 1 of Jazz-Clippers, but after a 10-2 opening Jazz run, Utah’s offense went quiet as field mice. It ended up being a tale of two halves, and a lackluster first two frames turned into an awesome final two. The Jazz rallied behind a 14-0 second-half run, and at one point outscored LA 23-4, ultimately winning a thriller 112-109. Oddsmakers expect Utah to run with that momentum in Game 2, listing the Jazz at -150 on the moneyline and -3 against the spread according to NBA odds at online sportsbooks .

It should surprise nobody that Tuesday’s affair was highly entertaining. This series pits two of the better scoring offenses in the NBA against each other, not to mention two of the better team defenses and all-around high-IQ rosters. The victor of this semifinals matchup could very well be a favorite to win the title.

Early on, Quin Snyder must have loved Utah’s ball movement, defensive intensity, and the roar of the crowd. The playmaking was good, but the first-half shot-making was bad. It was clang city, with the Jazz at one point missing 21 consecutive field goal attempts. During that stretch, they were 3-of-25 from the floor, and found themselves on the wrong end of a 22-2 run.

It’s hard to explain the woeful stretch Utah endured in the first half. Were the Clippers more prepared for the start of this series, partly because their first-round opponents were far superior to Utah’s opening-round foes? LA had to battle the legend of Luka Doncic and his Dallas Mavericks, a series that saw an unprecedented six wins by the away team until the Clips finally won Game 7. The Jazz, meanwhile, disposed of a Memphis Grizzlies team fairly easily in Round 1, securing a gentleman’s sweep in tidy fashion. Did the longer wait equate to rust? Does Utah just really miss Mike Conley?

Or were the Clippers just locked in defensively from the jump? Maybe a little of all three. But one thing’s for sure—Utah’s fans turn up for their squad, and Snyder’s guys know how to create open shots. If your squad can miss 21 straight shots in the first quarter and somehow still win the game, you should be elated as a Jazz fan. You could see the wonder in Karl Malone’s eyes in the stands last night—this could finally be Utah’s year.

Despite the abysmal shooting stretch Snyder’s squad experienced in the first half, there was plenty for the head coach to be happy about. Utah allowed just 25 points in the opening frame. Two-time Defensive Player of the Year Rudy Gobert haunted the lane, and scared almost every Clipper away from driving to the hoop. Paul George and Kawhi Leonard, usually the majority shareholders of Clippers point-scoring, were largely kept in check.

But there’s some negative trends to look at, too. Utah didn’t make a two-point field goal until 15 minutes into the game, and didn’t force a turnover until 3:30 into the second quarter. The entire first half, the Clippers played more physical, played superior defense, and shot the ball exponentially better.

Do Gobert’s offensive woes negate his defensive abilities? In Game 1, maybe. The mountain of a Frenchman had just four points at the end of the third quarter, and finished the game with 10. Gobert could not get anything to fall against the tough LA defense, looking almost intimidated when the ball was in his hands on the interior. Talk about getting a taste of his own medicine.

I love this Clippers squad. They have so many superb perimeter defenders, led of course by Leonard and George, but also by the scrappy Patrick Beverley. They also have versatile inside-outside defenders like Marcus Morris Sr. and Nicolas Batum, who each play bigger than their size but also have quick feet. And their basketball IQ is hard to beat when they are on, even off the bench with future NBA coach Rajon Rondo at the helm.

The Clips went into Game 1 with the mentality that they do not want to get behind in this series. Too bad for them, the sleeping giants of Utah woke up in the second half.

After watching the Spida Mitchell-led explosion in the third and fourth quarters Tuesday, how can anyone pick against the momentum-fueled Jazz at home in Game 2? They proved why they are the top seed, and that they are too good of a team on both sides of the court to blow home-court advantage to a four-seed. They move the ball well, they led the league in three-pointers per game this season, they have a dominant pure scorer in Mitchell, and they have the best defensive center in hoops in Gobert.

The Jazz also have that all-important 13th man—the Vivint Arena faithful. Utah finished 25-14 against the spread this season at home, and 33-6 straight up. Those are the biggest catalysts for Snyder’s squad finishing with the best overall record this season (56-21).

Game 2 should be a much smoother ride for Utah. There’s no way LA can shoot that well on the road two games in a row (or for that matter, turn the ball over so seldom). For that matter, there’s absolutely no way Utah replicates the 15-minute stretch of putrid shooting they exhibited in Game 1. And Snyder is just far too good a coach to allow his team to get pounded for every one of its weaknesses two consecutive postseason games.

Just look at the adjustments Utah made after halftime in Game 1. Having trailed by as many as 14 in the first half, the Jazz aggressively closed the gap in the second half thanks to Mitchell’s offensive heroics, quality team defense and physicality, and that electric Utah crowd. The Jazz reclaimed the lead with 3:00 left in the third quarter. Expect more of the same Thursday, as the fan base knows full well that their noise level affects opponents.

Game 2 will also most likely see the return of Mike Conley, the third-most important player on this Jazz team. Conley averaged 16.2 points, six assists, and 3.5 rebounds this season. He shot 41.2 percent from long range, and 85.2 percent from the line. The longtime Grizzlies point guard has found a fantastic new home for himself, and his playmaking and leadership on both ends of the court has been instrumental to Utah’s success this season.

If Conley returns, my money’s on the Jazz showing up and showing out for their fans Thursday, and easily covering the -3. The Clippers dropped three home games to Dallas in Round 1—do we really expect them to steal home court in one of the toughest arenas to be a visitor? Does anybody in the world think that Luke Kennard, Reggie Jackson, Batum, and Morris can replicate their Game 1 first halves, in which they combined to score 32 points on 12-of-18 shooting? Is Paul George going to suddenly fix his playoff choke artist identity?

Stars shine in the playoffs, so I expect Mitchell, Gobert, and Conley to light up the Vivint Thursday. These Jazz were operating on five days of rest (and rust) Tuesday night, and LA was fresh from one of the most competitive first-round playoff series in years. Utah had about as rough of a first half as we have seen this postseason, and yet still outscored the Clips 65-49 in the second half to pull off the Game 1 comeback victory.

If Conley’s back in action, Joe Ingles will head back to his steady role as second unit floor general, and Sixth Man of the Year Jordan Clarkson will have less weight on his shoulders. The pace and spacing should both be better, as will be Utah’s entire offensive rhythm.

In Game 1, the Jazz pulled off in the second half what most first-half viewers would have thought was completely impossible. The Jazz will be riding high Thursday, and as confident as they have been all season going into Game 2.

So turn up again, Salt Lake City faithful. This next one could be a bloodbath.

Schmitto’ Pick: Clippers +3? Sign me up. I know the Clippers have had their struggles this postseason, but as they showed in Round 1, this team, led by the robot that is Kawhi Leonard, is fully capable of responding to adversity. Keep in mind Los Angeles lost by only three points in Game 1, all while Paul George had a dismal 4-of-17 shooting performance. George was so cold at one point that the Utah Jazz arena taunted him with “Playoff P” chants. Playoff P eventually strung together some shots in the later minutes to help the Clippers make it close, but ultimately it wasn’t enough to get the victory. Tonight, however, I expect a much more consistent George to show up in Salt Lake City. Just as I did with Nets vs. Bucks Game 3 odds, I’m taking the road underdog again tonight. Give me the Clippers and the points (LAC +3).