As 2016 rolled by, one of my new year resolutions was to get into Daily Fantasy Sports. I had toyed around with season-long fantasy in the past, but the more I read about DFS, the more I liked the concept and wanted to take part in it.

But I’m not one to charge in blindly; as a longtime gamer with a limited budget, I’ve become accustomed to do my research before buying a game. Not only that, but I’ve played plenty of competitive games and I know that if you want to win, you have to dedicate time to learn the best strategies, learn what the pros are doing, and see how you can optimize your game to the fullest. If you think about it. in a way, DFS is both a game and a competition; it is really no surprise that I ended up finding this site during my research.

Despite looking simple on the exterior, DFS is anything but. Becoming successful at DFS isn’t an easy task. Even with all the material out there, and specially some guides here being very helpful, it was a lot to take in for a fantasy noob like me. 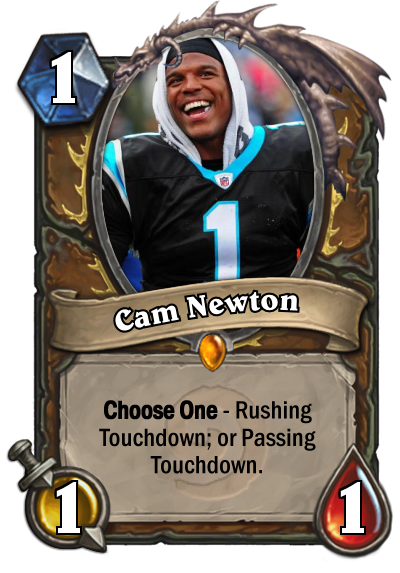 To make things simpler for me, I tried a novel approach. In order to better understand this game, I decided to equate some of its concepts with something I was more familiar with. So with that in mind, I once again entered the inn and took a seat by the Hearth. Surprisingly enough, I found DFS and Blizzard’s Card Game, Hearthstone, to have some really striking similarities.

The Gentle Touch of Lady Luck

There is no denying that chance plays a big role in both Hearthstone and fantasy sports. In any card game you have the luck of the draw, and Hearthstone also has some interesting randomness built into it. On the other side, in fantasy you have to deal with game-day injuries, players having bad days, and other aspects of the players’ individual performances. Both are games of prediction, where you often have to play the odds.

And while elements of chance do exist, there’s a world of difference between a casual player and a tremendously skilled one. Even when there’s always the possibility that luck will cost you a game against a lesser opponent, if you keep playing, consistency will prevail and your results will reflect your skill. 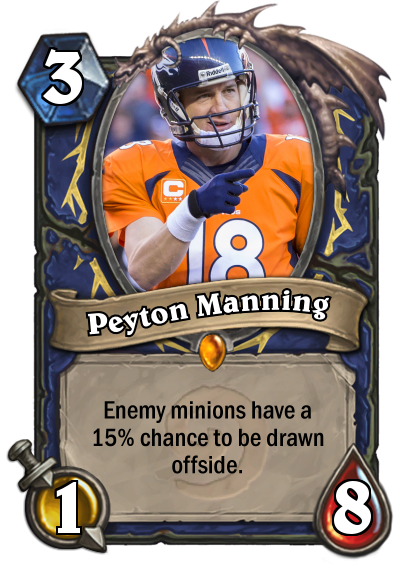 When I started skimming through the Basic Daily Fantasy Football Research lesson, the first thing I saw was this quote:

“One set of projections can be wrong. But when you draw from multiple, the odds of all sites missing is much lower.”

And I couldn’t read that without thinking of Hearthstone and things such as the ever-popular Tempo Storm Meta Snapshot. In Hearthstone, everyone has an opinion on which decks are currently strong, and which aren’t. People love to hear what the popular professional players have to say about the game, and a lot of the players love to tell everyone what they think are the best decks. They will outright tell you that your odds of winning big will increase you play a certain combination of cards. That’s not very different from sites that will make their own prediction on which players you have to select so you can score lots of points and win your fantasy games, right?

The same principle from our quote applies in Hearthstone, one player might have some certain bias towards or against a certain deck. Maybe one player has weird luck and kept having matches against decks that weren’t representative of the entire playing field. Single players can often miss with their predictions, but that’s why compilations of different opinions are so popular.

More often than not someone will gather a bunch of pros and divide all the current decks into a tiered system. They will make a projection on which decks should be the most successful for the upcoming season. They will give you tips, tell you which cards to play, and which to avoid. And generally, it ends up being sound advice. 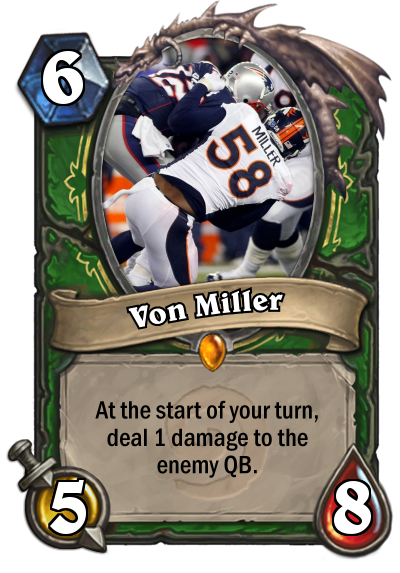 In Hearthstone, when you can take out multiple of your opponent cards using just one of your own, you probably have a good play in hand. When you can use a low-cost card, to take out one of your opponent’s high-cost cards, you can also get a big advantage. Sure, what makes a good play is a bit more complicated than that, but those core principles still stand, it is a simple way to get an early understanding on how to get good value out of your cards.

Finding good value seems to be the name of the game in DFS, getting cheaper players that score above their paygrade is a big step towards winning your match.

But as we discussed earlier, the value is not always apparent. Sometimes in Hearthstone, to get the best play in any given situation you have to account for what your opponent might have in his hand. You might chose a line of play that looks very good on the board, but it will do you no good if your opponent has the perfect counter in hand. In fantasy you can make a roster using the players that have the smaller $/Projected Point numbers, but that’s no good if the players don’t hit their projected points.

Having a clear concept of value is very important, and when you are able to mix that with a deeper understanding of the games and accurate projections, you have a winning formula in hand. This is true for both Hearthstone and DFS. 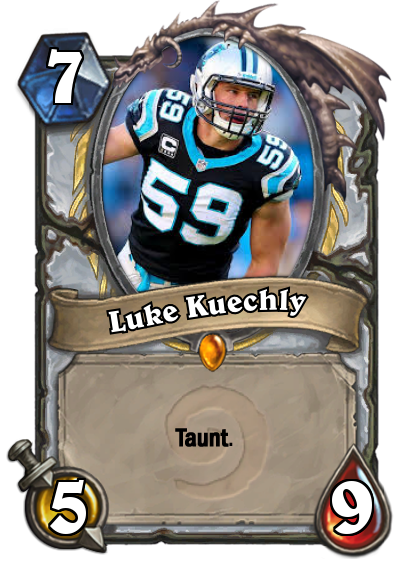 I was pleasantly surprised to find so many parallels between my favorite card game and my new interest, and that’s even without considering aspects such as deck/roster building, synergies, and how easy it is to change your line-up for every game. If you guys are interested, we might have to write some more about those similarities. But what do you think about it? Have I missed some obvious equivalences between HS and DFS? Let me know using the comment section below.

I’m also interested to know how much do you play Hearthstone, and what’s the best result you’ve had on ladder thus far, so don’t be shy and share your exploits with the rest of the fantasy world.