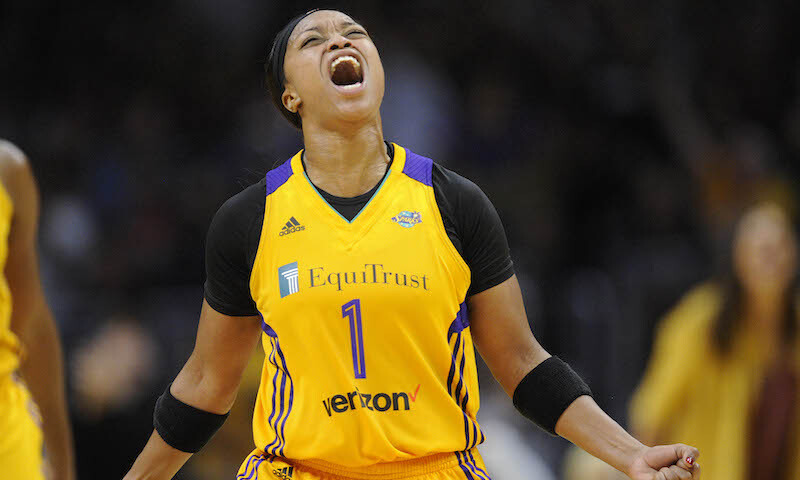 Listen: It happens to the best of us. You put in a lineup and fail to double-check it before lock, and you end up with a big fat zero because that player was ruled out before the game.
It’s the worst.

It usually only happens to me when family gets in the way of DFS (and yes, there was a better way to phrase it, but whatever). But really: Who amongst us hasn’t been out on a Saturday night with their wife, only to excuse themselves to use the bathroom, when in fact you just had to make sure a $2.2K Martin Maldonado was starting behind the plate against a lefty? These are the things we do, these are the lives we lead.

Which brings me to Tuesday night and the WNBA slate. Yes, WNBA. The main reason I enjoy playing WNBA DFS is because news and fantasy coverage is limited. It reminds me of the old days of fantasy, when you really had to dig for information.

So yes. WNBA. I don’t play for big money – the tourneys are small – but I play for the excitement, the action, and the lineup-building.

And so there I was, single-bullet lineup at the ready, built on my way into New York for a Better Collective get together. The math here: Better Collective is the parent company of RotoGrinders, there was a conference in New York, and so – being that this company is pretty darn awesome, you really should send a resume – they decided to hold a happy hour in the city, open to everyone who was either in town for the conference or who live in the general vicinity. I’m an hour train ride into New York, and so I decided to take the 4:54 and leisurely built my lineups en route.

I got into the city, got to the bar, got a beer, said some hellos, and then the CEO of the company took the microphone. Obviously, I’m not going to check my phone while the man who literally (well, figuratively, but kind of literally) signs my checks is speaking, so I didn’t check my phone until afterwards, which was now about 10 minutes post-lock, and … Odyssey Sims, Minnesota Lynx, late scratch.

To be clear about how ridiculous this is, at least to me: Without me playing DFS, I would never have cold-called Cal Spears, the founder of RotoGrinders, to ask for a job. If I didn’t do that, I never would’ve been hired by the parent company. Without the parent company, I would’ve switched out Odyssey Sims. It’s the circle of life.

By the way, I min-cashed, even with Sims in my lineup. As such, I won’t be sending a bill to the bosses for losses incurred. All’s well that end’s well. 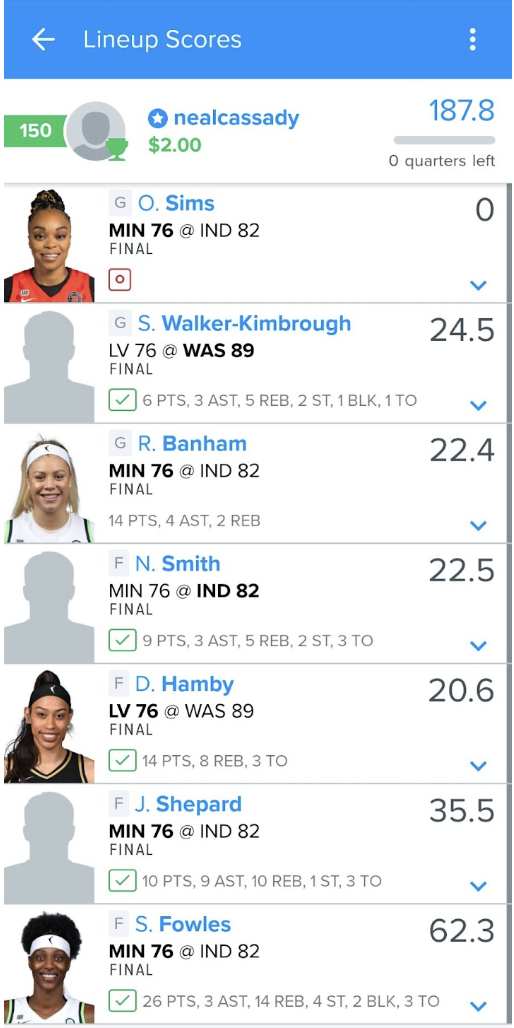