The struggle is real people. First, the Derrick Rose incident. Then, I pulled the ultimate sin in DFS where I forgot to set a lineup. And then, I’ve been on the wrong side of Alex Len in his last two starts (faded him on the wrong night). Team RG needs to basically win out to have a chance in this competition. I’m not throwing in the towel yet, though. Here are my top five targets tonight on FanDuel, all of which are in the lineup for the contest. 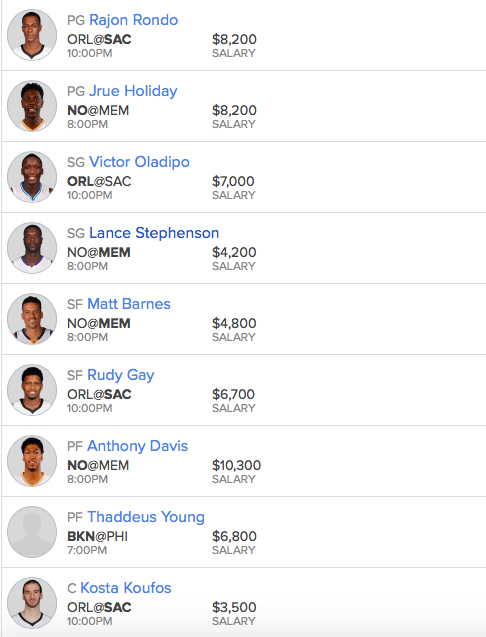 Jrue Holiday – With all of the injuries to the Pelicans, Holiday has turned into a fantasy superstar over the last few games. While his matchup against Memphis appears daunting on paper, DvP doesn’t always tell the whole story. Not only are the Grizzlies missing half of their team, but they are missing their two point guards. Holiday should take advantage of his increased role in the offense and put up another strong fantasy outing.

Victor Oladipo – Elfrid Payton and Nikola Vucevic were both ruled out of tonight’s game against the Kings. That immediately gave Oladipo a big enough boost where he was close to being in that must play range. When you add in the matchup against the Kings, he was just too good of a play to pass up.

Rudy Gay – DeMarcus Cousins is such a dominant player that when he is forced to miss time, the entire Kings’ lineup is going to see a major fantasy boost. Gay should become the number one option offensively in what is expected to be a very high scoring game agains the Magic. He offers a high floor and a high upside and I expect him to be heavily owned. 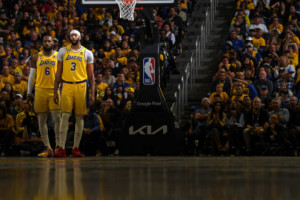 Anthony Davis – With all of the injuries to the Pelicans, Davis should have an insanely high usage rate again tonight. He has topped 50 fantasy points in each of his last three games and draws a pretty decent matchup against an undersized and undermanned Grizzlies’ frontcourt. The icing on the cake was the fact that it is his birthday.

Kosta Koufos – I’m not sure what to expect from Koufos tonight. With Nikola Vucevic and DeMarcus Cousins out, I could see both teams playing small. However, a minimum priced center in a favorable matchup was tough to pass up. It also helped that the other centers in play seemed a bit overpriced tonight.