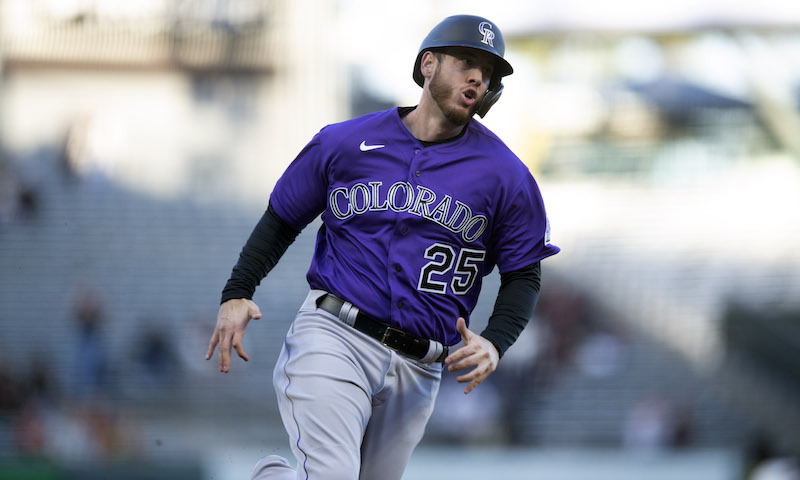 The San Francisco Giants are -151 moneyline favorites versus the Colorado Rockies and the game has an over/under of 7 runs at online sports betting sites Wednesday. Here’s a look at MLB odds and baseball betting picks for today, Wednesday, April 28th, 2021.

The Rockies come into this game as one of the worst teams in all of baseball. They currently sit in last place in the NL West with a record of 9-14 and are the worst team in the league on the road, winning only one of their eight games. Right now, the Rockies can’t seem to do a single thing right as their pitching currently ranks 7th worst in the league with a 4.4 xFIP. While this is to be expected as they play in by far the worst ballpark in the majors for pitching, what is incredibly surprising is that they rank dead last in the league in wRC+ at 79 which is lower than the Tigers even though the Rockies have played the vast majority of their games at home.

The Giants on the other hand have exceeded expectations thus far in the season, sitting tied for first in the NL West with the Dodgers and tied with the Athletic and Dodgers for the best record in baseball. They have been one of the better pitching teams in the league ranking 7th in xFIP and have been a league average with the bats. They come into this game likely missing one of their best hitters, Mike Yastrzemski, but still have a solid lineup up and down.

Editor’s Note: Grant is 34-20 and +13.79 units betting on MLB player props this season! For his full MLB betting card, sign up at Scores And Odds below!

Looking at the weather edge tool for this game, this game looks to be an entirely average game for scoring over in SF. in a 364 game sample size, there is a 2.2% decrease in HRs, a 1.3% increase in runs, and a .6% increase in ERA.

In a game with a 7 total, you rarely ever have a bunch of interest in bats, but I have a ton of interest in the pitchers here. As mentioned above, Wood draws possibly the best matchup on the board tonight going up against a horrid Rockies hitting team and is too low priced over on all sites. Marquez on the other side I equally have interest in as he may come in underowned due to his struggles this season, but that is largely to do with pitching in Coors, but he has had solid stuff this season and come in underpriced on DK today at 7.6k.

MLB Odds Boost of the Day

My favorite odds boost of the day is at BetRivers. There they’re boosting over 5.5 QBs drafted in the first round from +400 to +475 which is the kind of value we want to take advantage of. which is 100 points higher than over on BetMGM and 75 higher than Draftkings. For more sports betting tips, be sure to check out Jake Gibbey’s NFL Draft bets and this Kentucky Derby preview.