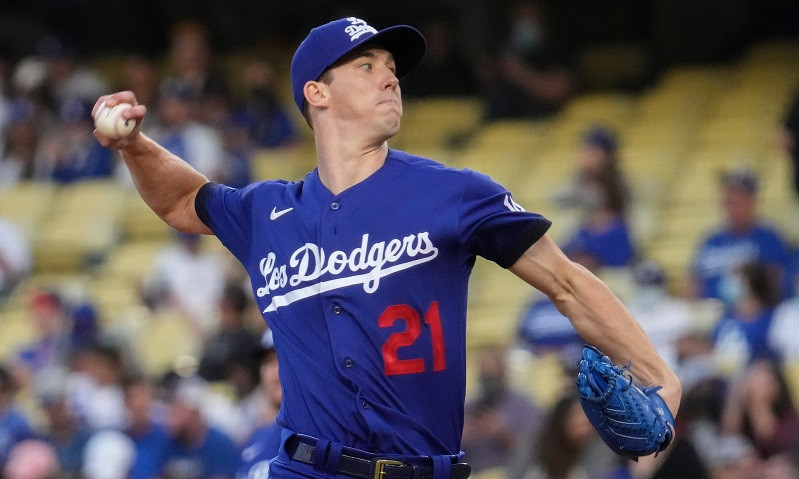 The Los Angeles Dodgers are -175 moneyline favorites versus the San Diego Padres and the game has an over/under of 8 runs at online sports betting sites Thursday. Here’s a look at MLB odds and baseball betting picks for today, Thursday, April 22nd, 2021.

The Los Angeles Dodgers (14-1)come into this Thursday night game with the best record in Major League Baseball, sitting at 14-1 and have gone 8-2 over their last 10 games. We all knew prior to the season that the Dodgers were going to be World Series favorites, and so far they’ve lived up to expectations. It’s tough to imagine a team starting a season more dominant than the Dodgers have this year. They currently rank 3rd in the league in terms of xFIP sitting at 3.41 on the season and they are currently 3rd in the league in wRC+ sitting at 116.

The Padres on the other side were right up there with the Dodgers as one of the preseason favorites to win the World Series after an offseason where they drastically bolstered their pitching staff. After some injuries to start the season they sit 3rd in the NL West with a record of 10-10 and are 3-7 in their last 10 games. They currently rank 14th in the league in terms of wRC+ at 95, but have had the top pitching in the majors leading the league in xFIP by a decent margin sitting at 3.02 (the second closest team is the Mets at 3.20).

Looking at the pitching matchup for this spot, it is no surprise that the Dodgers are the favorite here as they send out one of their better pitchers to the mound in Walker Buehler. Buehler has been fantastic since the beginning of 2019, owning close to a 30% k rate, a 6% walk rate, and a 3.38 xFIP. Howeve, he has struggled this season from the mound, dealing a 17.1% K rate, 1.4% walk rate, and a 4.45 xFIP. While this may just be a result of a few bad matchups — against Washington, San Diego and one start in Coors—his swinging strike rate is down to 9.9% this season and he doesn’t draw an easy matchup against the Padres whose projected starting lineup has a .218 ISO, .356 wOBA, and a 45.2% hard-hit rate against RHP since the beginning of last season.

On the other side of the diamond we have Ryan Weathers, a pitcher who went right from A ball to the majors skipping AA and AAA due to the COVID season last year. We only have a 9.2 inning sample size for Weathers, but in that time he owned a 3.69 xFIP, 29.4% K rate and a 11.8% walk rate. The problem here is that he faces the Dodgers, who are one of the top hitting teams in the league, although they have struggled vs LHP this season sitting at 21st in the league in wRC+.

Editor’s Note: Grant is 27-9 and +21.3 units betting on MLB player props this season! For his full MLB betting card, sign up at Scores And Odds below!

Looking at MLB weather Edge, we see that the current weather conditions for the game see a 23.1% decrease to HRs and a 6.5% decrease to total runs in 103 games with similar weather conditions in Dodgers stadium. With two of the top three teams in terms of pitching clashing Thursday night, I tend to side with the under in this game more than I do any moneyline or run line bet.

For cash games in DFS, I don’t think there’s anyone I would consider outside of Buehler, but for tournaments I actually really like the Padres stack and Conenworth as a one-off. There is likely to be very low ownership on the Padres and they are a good enough lineup that they can easily give Buehler some fits, adding to the struggles he’s already had this season.

MLB Odds Boost of the Day

My favorite odds boost of the day is at BetRivers. There they’re boosting both the Yankees and the Red Sox to win from +208 to +250 which is the kind of value we want to take advantage of.